Teaching Men a Thing or Two About Domestic Violence 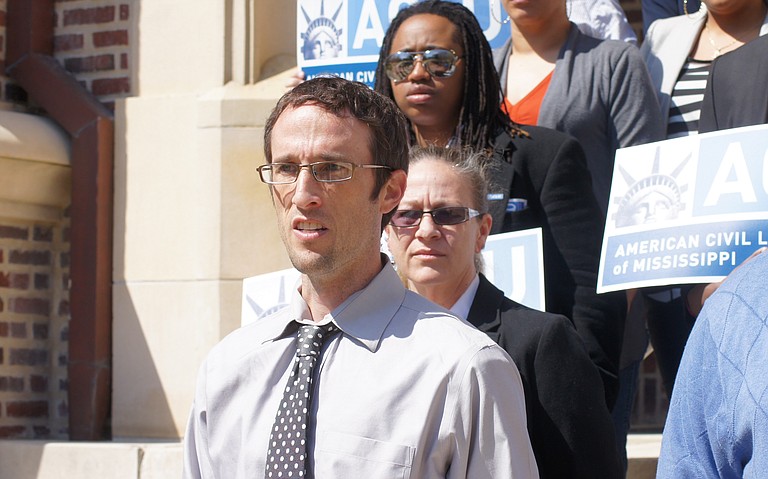 Jed Oppenheim, part of a men’s group to speak up against domestic abuse, admits that he must check his own male privilege when it comes to his interactions with his wife. Photo by R.L. Nave.

When discussing domestic violence in our politically correct culture, it's common for people to use gender-neutral terms in describing victims and abusers. But the data confirm that women are by and large the victims of intimate-partner violence, and men are overwhelmingly the perpetrators of it. And even in this age of political correctness, we rarely insist that men be part of conversations about how to end violence, and we certainly don't encourage men to talk to each other about stopping violence.

In Jackson, a group of men is laying the foundation for change. As part of an initiative of the Mississippi Coalition Against Domestic Violence, the men, who come from diverse racial and professional backgrounds, have been meeting once or twice a month for several months to talk about their own understandings of domestic violence and to come up with ways to start those conversations with other guys, particularly young ones.

Jean Ones Austin works with boys as young as 7 years old and up to teenagers as a program coordinator with Catholic Charities in Jackson. He teaches them about such issues as domestic violence, teen-dating violence and stalking.

"Most of them are aware of domestic violence, but they don't have an opportunity to talk about it," Austin said. "They are very open once you open that discussion."

The youngest boys in Austin's group have only a vague concept of interpersonal violence, but are therefore more receptive to anti-violence messages. The older they get, not only do the young men become more set in their ideas, the less likely they are to talk to their peers and ask questions about violence.

Of 15-year-old boys, for example, Austin said, "They're not going to talk to another 15-year-old about domestic violence—there is no way, no how." But like a starving man, the more Austin feeds them, the more they want to know.

The National Intimate Partner and Sexual Violence Survey, conducted by the Centers for Disease Control and Prevention, found that 25 percent of women and about 14 percent of men have experienced severe physical violence at the hands of a partner.

Information from the CDC published Sept. 5, shows that 19 percent of women and 1.7 percent of men in the United States have been raped.

Jed Oppenheim, who has done youth-justice organizing for several Jackson-area nonprofits and serves on the Jackson Public Schools board, has also attended the men's working group and called its convening "sadly timely" for coinciding with the news of professional football player Ray Rice's expulsion from the National Football League after video came to life of Rice beating his then-fiancee and current wife, Janay.

In the Engaging Men working group, Oppenheim said there were a number of hard conversations among the men, each of whom had different levels of understanding of violence issues. Part of that understanding is realizing that domestic violence can also involve emotional and psychological dimensions as well.

Even Oppenheim, whose mother was an anti-violence advocate in his native Los Angeles, admits that he has to constantly check his own male privilege when it comes to his interactions with his wife. "We can show up to these meetings and pat ourselves on the backs, but do I pick up on the signs?" Oppenheim said of his male privilege possibly closing him off.

As part of the self-educating, the working group is also training in how to talk to other men informally about domestic violence. The coalition is working with Mississippi colleges and universities to recruit men to take a pledge against domestic violence. That pledge calls on men to challenge stereotypes, call out sexist attitudes and to speak out against victim-blaming and abusers making excuses for violent behavior.

The Mississippi Coalition Against Domestic Violence is spotlighting its Engaging Men program at its Purple for Peace fundraiser Thursday, Oct. 2, at the Jackson Hilton. It will honor state Sen. Hillman Fraizer for his work in the Legislature on the issue. The guest speaker is Sulaiman Nuriddin of the national organization, Men Stopping Violence. The JFP Chick Ball Jam on Nov. 1 at Hal & Mal's will also benefit the Engaging Men effort. See jfpchickball.com for details.