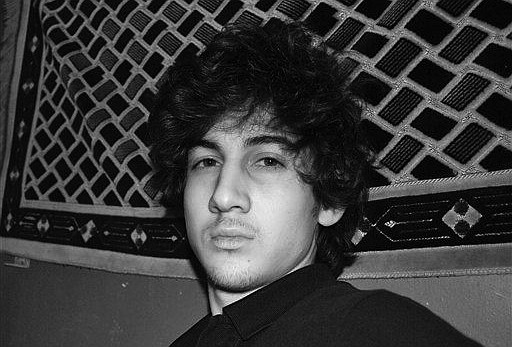 BOSTON (AP) — The announcement by federal prosecutors that they will seek the death penalty against the man accused in the Boston Marathon bombing came as no surprise to people who lost limbs or suffered other injuries in last year's attack.

But the victims and their families expressed a range of emotions about the decision Thursday to seek the execution of a 20-year-old man prosecutors accuse of committing one of the worst terror attacks on U.S. soil since Sept. 11, 2011.

"It shows people that if you are going to terrorize our country, you are going to pay with your life," said Marc Fucarile, of Stoneham, who lost his right leg above the knee and suffered other severe injuries in the bombing.

But the grandmother of a 29-year-old woman killed in the attack said she isn't sure she supports the death penalty for Dzhokhar Tsarnaev, yet she fears that prison wouldn't be enough punishment for him.

"I don't know, because it's not going to bring her back," said Lillian Campbell, grandmother of Krystle Campbell. "I don't even like to discuss it because it makes me so upset. She was my granddaughter and I miss her so much.

In a notice filed in court, federal prosecutors in Boston accused Tsarnaev, who moved to the U.S. from Russia about a decade ago, of betraying his adopted country by planning and carrying out a terrorist attack without remorse.

Tsarnaev has pleaded not guilty. No trial date has been set.

In the notice, prosecutors listed factors they contend justify a sentence of death against Tsarnaev.

They cited allegations that he killed an MIT police officer as well as an 8-year-old boy, a "particularly vulnerable" victim because of his age. They also cited his alleged decision to target the Boston Marathon, "an iconic event that draws large crowds of men, women and children to its final stretch, making it especially susceptible to the act and effects of terrorism."

In an interview with ABC, Tsarnaev's mother, Zubeidat, who lives in Russia, said: "How can I feel about this? I feel nothing. I can tell you one thing, that I love my son. I will always feel proud of him. And I keep loving him."

Prosecutors allege Tsarnaev, then 19, and his 26-year-old brother, ethnic Chechens from Russia, built and planted two pressure-cooker bombs near the finish line of the race to retaliate against the U.S. for its military actions in Muslim countries.

The older brother, Tamerlan Tsarnaev, died in a shootout with police during a getaway attempt days after the bombing. Dzhokhar Tsarnaev was wounded but escaped and was later captured hiding in a boat parked in a yard in a Boston suburb.

Authorities said he scrawled inside the boat such things as "The US Government is killing our innocent civilians" and "We Muslims are one body, you hurt one you hurt us all."

Killed in the bombings were: Martin Richard, 8, of Boston; Krystle Campbell, 29, of Medford; and Lu Lingzi, 23, a Boston University graduate student from China. At least 16 others lost limbs.

Legal experts have said that the defense may try to save Tsarnaev's life by arguing that he fell under the influence of his brother.

"I think their focus ... will probably be to characterize it as coercion, intimidation and just his will being overborne by the older brother," said Gerry Leone, a former state and federal prosecutor in Boston who secured a conviction against shoe bomber Richard Reid.

If a jury convicts Tsarnaev, it will then hold a second phase of the trial to determine his punishment.

Massachusetts abolished its own death penalty in 1984.

Celeste and Sydney Corcoran, a mother and daughter from Lowell who were both badly injured in the bombing, said of the Tsarnaevs in a statement on a Facebook support page: "They have taken enough from us & we trust in the US Legal System to do its job."

Two other federal death penalty cases have been brought in Massachusetts. A former veterans hospital nurse who killed four patients by overdosing them was spared the death penalty by a jury. A man accused in the carjack killings of two Massachusetts men was sentenced to death in 2003, but the punishment was overturned and he is awaiting a new penalty trial.

Since the federal death penalty was reinstated in 1988, 70 death sentences have been imposed, but only three have been carried out, including the execution of Oklahoma City bomber Timothy McVeigh in 2001.