BREAKING: Ward 1 Councilman to Run (Another) Write-in Campaign for Mayor? 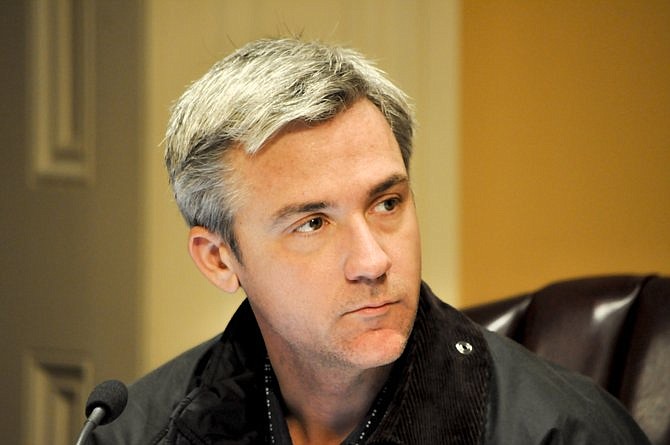 Quentin Whitwell's boyish good looks could be the centerpiece of an upstart write-in campaign for mayor.

A similar attempt in 2013 seemed to fizzle after it was revealed outside of social media.

The new announcement was made by Whitwell's campaign spokesman Brian Eason, formerly the city reporter at the Clarion-Ledger, who has taken a leave of absence from his current Gannett posting in Ohio to promote Whitwell's campaign.

Eason appeared via cell-phone video in front of what seemed to be a large inkjet printout of the Arkansas Capitol building, an apparent oversight.

"This will be a non-traditional campaign," said Eason in the video, "Relying more on social media than any other medium. We're taking our message directly to the people--in fact, it'll be completely one-on-one."

Eason outlined a social media strategy that will eschew obvious social media channels, such as Facebook and Twitter.

"We're centering our strategy exclusively on Snapchat, for two reasons," Eason said. "First, there's a relative absence of other political campaigns and local media voices on Snapchat, which will enable us to 'own' the channel."

"Second, we feel that Councilman Whitwell is a very photogenic man," Eason said. "He's very compelling in a one-on-one context."

An anonymous source--presumably from a competing campaign--sent a message through the JFP's contact form that included a link to a YouTube channel, and the subject line "Here's why QW Using ChatSnap (sic) not Youtube."

The YouTube channel, registered to the screen name "QW$_LOLz," shows what appears to be Mr. Whitwell, shirtless, holding a multi-colored popsicle like a microphone and singing an a cappella rendition of the 1987 hair-band hit "Pour Some Sugar on Me" by Def Leppard.

Later, he appears to play an "air guitar" and sticks out his tongue, which is very blue.

The YouTube channel was deleted moments after we viewed the video.

Attempts to reach Whitwell to confirm his candidacy by phone started promisingly, but when our reporter identified himself there was some whispering, audible fumbling and the line went dead.

We will report more on this breaking story if it happens.

Update: We initially reported Brian Eason's current location as "Idaho" and then briefly "Ohidaho," before we realized that second one isn't actually a state. We've settled on "Ohio," but that's still basically just a guess. We apologize to those states for the confusion.

I assumed as much.

No, I don't think that it is a joke at all. My question for the write-in-candidate is , what has encouraged you to run at the 11th hour? At this point in the race, nothing suprises me.

Jess, take a breath. Then consider this: Would Brian Eason really move back from Ohio to run Whitwell's campaign?!?