A Passion for Serving 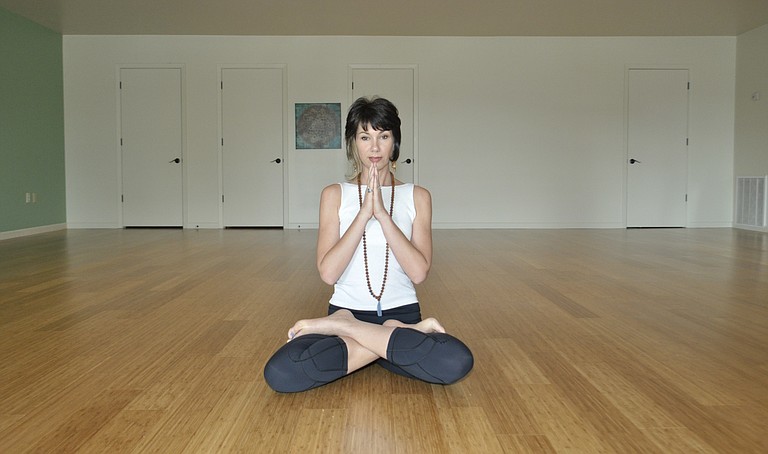 Tara Blumenthal began practicing yoga for exercise. Weight training wasn't working for her, and she was "tripping off the treadmill," trying to get a cardio workout.

"I was not the graceful girl in the gym," she says.

Yoga wasn't exactly an overnight hit for Blumenthal, either. "I was particularly tight in certain spots, and my joints were super loose, so that created a lot of instability for me," she says. "So I didn't love the actual physical poses, but I loved the way I felt after I left."

Blumenthal struggled, but kept with it. As her body became stronger and more flexible, she also became calmer and more grounded. Within a year of her first class, Blumenthal began training to become a teacher. Today, she has been teaching for more than a decade.

In October 2011, Blumenthal made the leap from teaching in other people's studios to teaching classes under the Tara Yoga moniker. At first, she split classes between The Commons at Eudora Welty's birthplace and a dedicated space at Energy in Motion, a private gym just across the Pearl River from Jackson. But it wasn't long before she consolidated the business in Flowood. Part of what prompted the move was her desire to give back to her community, what Blumenthal calls "practicing yoga off the mat." She also wanted a place where she could more easily schedule her private clients.

Opening her studio didn't require a big capital investment—yoga doesn't require technology or even furniture—and that allows Blumenthal to enjoy the journey as she slowly, mindfully grows her business. "You have to be willing to listen to what direction to go in," she says. Learning from yoga to respond rather than react keeps Blumenthal and Tara Yoga on an even keel.

"Sometimes I'd have really small classes, and the students would say, 'How are your numbers?'" Blumenthal says about the studio's beginnings. "I would say, 'They're small. Don't you love it?'"

With her energy focused on one location, Blumenthal can teach as many classes as she has energy for, while she also attends to business essentials, such as billing, marketing and scheduling. Tara Yoga now has two other instructors offering yoga at the studio on a contract basis. Teaching, she says, is the easy part.

The driving force for Blumenthal is to share yoga—a practice she has found profoundly beneficial—with as many others as possible. Tara Yoga is also Blumenthal's "vehicle for service," allowing her to give back in ways she may not have been able to otherwise. Blumenthal holds frequent community classes to benefit nonprofits such as the Animal Rescue Fund, the Center for Violence Prevention and, most recently, Stewpot Community Services.

The last such event celebrated moving Tara Yoga upstairs to a space three times larger than her previous studio, while staying at the same address.

"You don't make a lot (teaching) yoga," Blumenthal says. Money isn't the point, and her decision to take the bigger space a tough one. "There's a risk in that. ... You have to ask yourself what your motivation is."

For Blumenthal, Tara Yoga comes down to three words: "Love, authenticity and integrity."