A New Dynamic for City Hall? 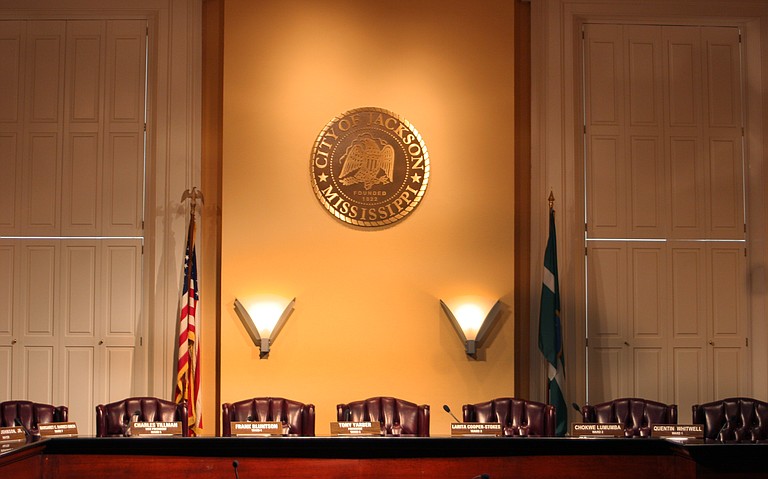 There was a key moment during the final mayoral debate between Mayor-elect Chokwe Lumumba and former opponent Jonathan Lee when Lumumba defused Lee's main line of criticism by explaining how City Hall works.

Lee asked Lumumba why he hadn't done more to fix the infrastructure in Ward 2, where Lumumba served as councilman. Lumumba deflected by saying council members had little authority other than to complain (which he said he did, vehemently), and suggested Lee take a civics course.

It was clever debating, but only partially true.

Lumumba was correct that in Jackson's mayor-council system, the mayor acts as executor, working behind the scenes to implement his plan for Jackson. But the Jackson City Council also plays a crucial role, using the power of the budget to hold the mayor's office in check.

As a councilman, Lumumba could approve funds for street repaving. As mayor, he can tell road workers when and where to do the work. The mayor-elect filed over 600 complaints about his ward during his time as a councilman. Now he'll be the one reading and reacting to those complaints from others.

Still, council members are hoping that Lumumba remembers what it was like to be on their side of the fence. After all, he knows he needs the council's support to make the kind of dramatic changes he talked about on the campaign trail.

"The reality is that the job of the mayor and job of the council are totally different," Council President Tony Yarber said. Yarber, who represents Ward 6, won re-election easily. "Almost every principal was a teacher, but it does not mean the teachers always benefit. All you can do is hope he maintains a mentality that keeps him mindful of what his perspective was as a councilperson. (As mayor) you're the actual executor of the city, it calls on you to make decisions from that seat."

The subject of Lumumba's empathy for his soon-to-be former council colleagues came up in a planning committee meeting the afternoon of June 6.

Ward 7 Councilwoman Margaret Barrett-Simon, who won re-election June 4 as well, said she's hopeful that Lumumba's history on the council will help its relationship with the mayor's office.

"We've talked about the fact that he has our point of view, and maybe that could be of some benefit to us," Barrett-Simon said. "We will just have to wait and see."

The newcomers replace Lumumba, who is 65, and mayoral rival Frank Bluntson, 77, who is now retired. With the addition of 36-year-old Stamps and 34-year-old Priester, the average age of the council just dropped from just over 59 to 49.

The alliances that could form among the group are practically endless. Yarber and Stamps are friends, who went to school together from grade school through high school, and along with Priester, the trio could form a core of younger voices at the heart of the council.

Barrett-Simon admits she had a good relationship with outgoing Mayor Harvey Johnson Jr., but said she is not concerned about the changing of the guard in the executive suite or on the council.

"I've known Priester for longer than I've known Mr. Stamps, but I have been very impressed with Mr. Stamps, so far," Barrett-Simon said. "As far as the dynamics go, we'll have to find out as we go. I've been here long enough that nothing would surprise me, but I'm very optimistic about this council working together in a way that is very helpful to the city."

Both Stamps and Priester came out in support of Lumumba during the election, but how the untested new members will interact with the new, unfamiliar administration remains to be seen.

Tillman has served since 2005 and doesn't usually vote against the grain. Whitwell remains the council's only Republican, and LaRita Cooper-Stokes' agenda is anybody's guess. Cooper-Stokes stated her opposition to bi-monthly special meetings of the council, and only attends regular meetings scheduled for every other week. She also could not be reached for this story.

The first test of the new council and mayor will come one day after the July 1 inaugurations, when the city council meets for the first time with its new members at 10 a.m. At that meeting, the council will decide whether to keep Yarber and Tillman as council president and vice president, or appoint one or two of the other six members to those positions.

Lumumba nominated Yarber July 10, 2012, for the council presidency. Cooper-Stokes, Barrett-Simon and Yarber himself also voted in his favor, and he beat out Bluntson, the incumbent president, by a 4-2 vote. Whitwell was absent.

"I'm anxious to get to work with this new council," Yarber said. "... What I've come to learn and know about (Stamps) is he's persistent and focused, and we'll greatly benefit from that. I'm anxious to see what he'll be able to do, and I expect him to chair a committee or two."

Yarber said he's less familiar with Priester, but likes his worldview. He said both of the newcomers will give the council a more broadened perspective and help shape is as a more progressive panel.

"I think, ultimately, the test of this council will be how much work we put into accomplishing the will of the people versus pushing our own agenda to achieve our own personal ambitions," Yarber said. "That's going to be what's telling with this council and this  administration."

Is Lumumba the first Councilperson to become Mayor?

Jackson would benefit from having a professional city manager working alongside the mayor and council; an impartial person who could assist in long-term planning.

That's a good point - I think Harvey had one, but not in an official role.

@LindaL: I believe so. Before this year's election, the conventional wisdom was that being on the council was a huge strike against you, but Lumumba has broken that notion.

Yes, a city manager is a good idea and one that I've long advocated. There is a position called the Chief Administrative Officer (CAO) that is essentially the city manager, but I think it has been officially unfilled for some time (though someone in DPW has unofficially worked in that capacity).

I don't know for sure, Linda. I know that when I asked Jonathan Lee why he didn't run for council first to get municipal experience, he told me that no city council member had ever been elected mayor. If that was true, it no longer is, obviously.