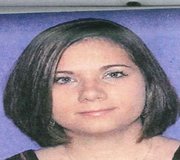 Emily Kristen McLellan-Bilbo, 24, of Clinton, was arrested by investigators with the Medicaid Fraud Control Unit of the Attorney General’s Office on Monday and transported to the Hinds County Detention Center.

Bilbo was indicted by a Hinds County Grand Jury on multiple counts of identity theft, felonious use of a Social Security number or identifying information to obtain goods, uttering counterfeit instruments, as well as being indicted as a habitual offender

As with all cases, the defendant is presumed innocent until proven guilty beyond a reasonable doubt in a court of law.

This case was investigated by Investigator Arthur Kendrick and Auditor Gilda Holbrook of the Attorney General’s Medicaid Fraud Control Unit and is being prosecuted by Special Assistant Attorney General Sue Perry.