State Dems Must Do More 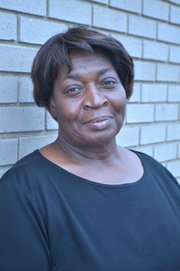 Time has proven my old political-science professor right after all. In a room overflowing with skeptics, he argued that by the year 2000, our nation would be so deeply polarized that a tiny minority of voters would decide the outcome of most major elections. He was different from all my other instructors in one remarkable way: He admitted to being a diehard Republican.

This was in the mid-1970s at the University of Wisconsin-Milwaukee, a 35,000-enrollment campus that boasted of "an urban mission." Here, just about everyone was active in one organization or another. Membership in The Young Republicans and groups against women's reproductive rights were so low, most either ignored or ridiculed them for being out of touch. They were no match for us, the more vocal deriders, and yet, they were too individualistic to join forces and combine their strengths. My old poli-sci professor said this would change in the decades ahead. He was right about that as well.

I still remember him standing behind the desk he never used for lecture notes, ignoring the chair he never sat in. He was leaning forward and talking casually. Back then, both students and college professors attended classes dressed in clothes that reflected their individuality in an ironically common way: long hair (natural), colorful tops, blue jeans, sandals or negative-heel shoes.

Not this professor. Everything he wore was beige except for his deep brown Hush Puppy shoes. Those Hush Puppies had been with him for a while. With his left foot awkwardly braced against the desk, we had a clear view of the shoe's sole; it was worn so badly that we could easily see the color of his socks (usually white). Few people wore socks back then. And far from wearing hair long and shaggy, this professor looked like he patronized military barbers on a regular basis.

We were an outspoken bunch. One student asked him why was he so proud to be a Republican when, clearly, he was not in an income bracket the party favored. "Easily," he said, and explained that he belonged to a group that refused to identify with the social strata just below its income. Instead, he looked to the class above his income in the hopes that his children and grandchildren would one day belong to the more prosperous group. Some vote for their better ideals and where they are right now in the scheme of things (Democrats), he said, while others vote for who they wished they were and who they want their children to become (Republicans).

He urged us to be especially attentive to three-way power struggles between two equal combatants and a weaker one. Under such dynamics, he explained, the weaker third player actually has the greatest power because of his/her position as the swing voter. One day, he said, when both parties reach an almost equal number of voters supporting it, the independents will decide the outcome of every election. He projected that we were a generation off from this being the case.

So, here we are 30 years later on the day we make a choice for who will lead us as president over the next four years. One man is most like the populace and can articulate its current hopes and dreams. The other has less in common with us but represents our deepest aspiration for financial well-being and what we wish for on behalf of the generations that spring from our loins. For some, it is like choosing between immediate and delayed gratification. For most of us, the choice is a no-brainer, but unfortunately, 3 percent to 4 percent of the voting population couldn't decide how to cast their lot right up until today. As a result, they may become the deciding factor in the outcome of this presidential election.

Instead of pandering to the "undecideds," both parties should be irritated by them. Their uncertainty has made the last few months a constant cliffhanger that will not end until election night. I am all for voting one's conviction, but I have mild distrust--bordering on disrespect--for anyone who does not have a conviction by now. Who are you people, and what do you want? You giving us true independents a bad name.

I am an independent. I strongly believe in voting for the person over the party. When asked whether I am left or right wing, I always declare myself as a "Z" independent--extreme left sometimes, in the middle occasionally and to the right when it comes to other issues. I have voted for one party more than the other one, but also voted for independent candidates. I am voting for Obama again this go around. I did not wait to the last minute to make up my mind.

You have my permission to stone me until I repent of my ways if I ever become one of those who wait until election eve to make a decision--I just don't get that group of procrastinators. It would serve them right if both parties ignored them, instead concentrating on those who have convictions but don't vote because they believe "what will be, will be." Instead, they could be giving those with limited transportation a ride to the polls.

But why isn't the local Democratic Party making much more noise? Where are the signs that used to adorn yards and car bumpers? I am sick of hearing how presidential campaigns are played out on the airways and not locally as was once the case. Still, it does not absolve the party of its responsibility for helping the elderly get to voting precincts. They should ask young people to call all of their friends and get them to vote--they may be jobless, but they often have cell phones. The lack of substantive funding from national PACs should not stand in the way of the Democratic Party in Mississippi from telling churches with vans and cars to use them for helping voters get to the polls.

NAACP leaders, we need you to do more than help to keep voting boundaries honest and equitable. We also need you to take the lead in helping churches, particularly those with predominately African American congregations, know that their tax exempt status will not be jeopardized by taking a stronger lead in voter education and participation. Do you not know that more than 2,000 conservative mega-churches are deliberately preaching sermons urging votes for Republican candidates? They're sending their taped messages to the IRS in a now-do-something-about-it stance.

Too much is at stake for this election to be decided by those who are slow to decide. Those who have decided should not arrive at the polls alone. Instead, offer someone else who has decided a ride to the polls.

My old professor was right about a lot of things. As the country moves increasingly toward greater conservatism, I hope he's proven wrong about the ability of independents to swing elections in the first half of the 20th century.