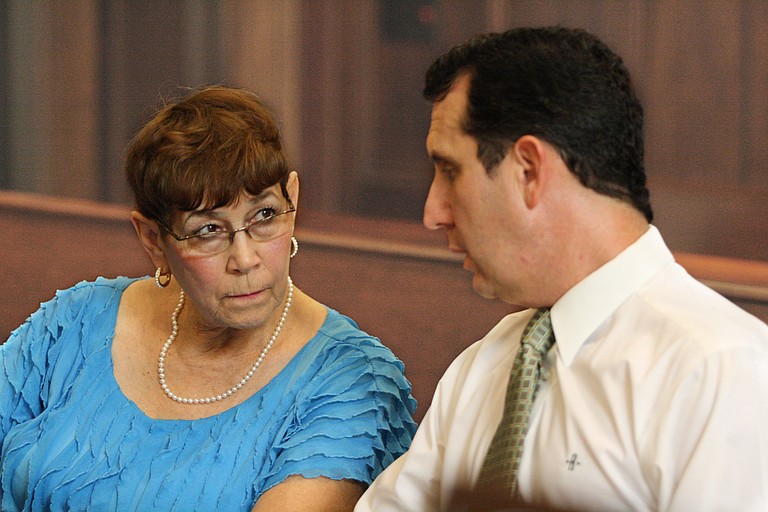 The hearing to contest the February Ward 3 runoff election began Monday at the Hinds County Courthouse. The judge and lawyers spent the afternoon picking jurors from a pool of nearly 300.

Joyce Jackson filed a complaint against LaRita Cooper-Stokes claiming voter fraud after she narrowly lost to Cooper-Stokes in the runoff election for a seat on the Jackson City Council. Jackson's civil suit does not claim any wrongdoing on Cooper-Stokes part, but claims that poll workers, campaign workers and at least one Jackson police officer committed election violations that warrant another election.

Jackson's lawyer, John Reeves, said they have about 30 witnesses of the irregularities, which include poll workers helping voters who did not need help, people campaigning within 150 feet of the polling location and poll workers telling voters who to vote for.

"Miss Jackson's petition alleges a number of irregularities, including racial epithets against her," Reeves said. "She is of mixed race, and we have proof of racial slurs that were made against her heritage."

Sitting at the complainants table Jackson put her head in her right hand, then removed her glasses and wiped her eyes as Reeves told Judge Richard McKenzie that there are witnesses who heard someone at a polling location call her a "half-white 'N'."

Bruce Burton, one of Cooper-Stokes' attorneys, asked that McKenzie throw the case out of court because his client was not accused of any wrongdoing.

"There is no mention of whether or not there was any fraud by (Cooper-Stokes), or any intentional wrongdoings, your honor," Burton said.

Reeves said that the law says that actions such as voter coaching and campaigning within 150 feet of the polling location are grounds for an election to be thrown out and another election to be held.

McKenzie, a former circuit judge from Hattiesburg, did not dismiss the case. He then guided the lawyers from both sides in picking a jury for the hearing. The civil trial commenced today at 9:30 a.m. in the Hinds County Court on Pascagoula Street in Jackson.

As of this morning, the court was still selecting a jury.

I'm glad that the Judge did not throw this case out. I don't know if Mrs. Stokes committed any crimes; however, there were things that crossed the line as it relates to access. There should be absolutely no bullying of voters and IF there were racial slurs, this is not acceptable for anyone, regardless of race! We as Black folks must adhear to the same standards and ethical behaviors that we expect from others. Just saying.