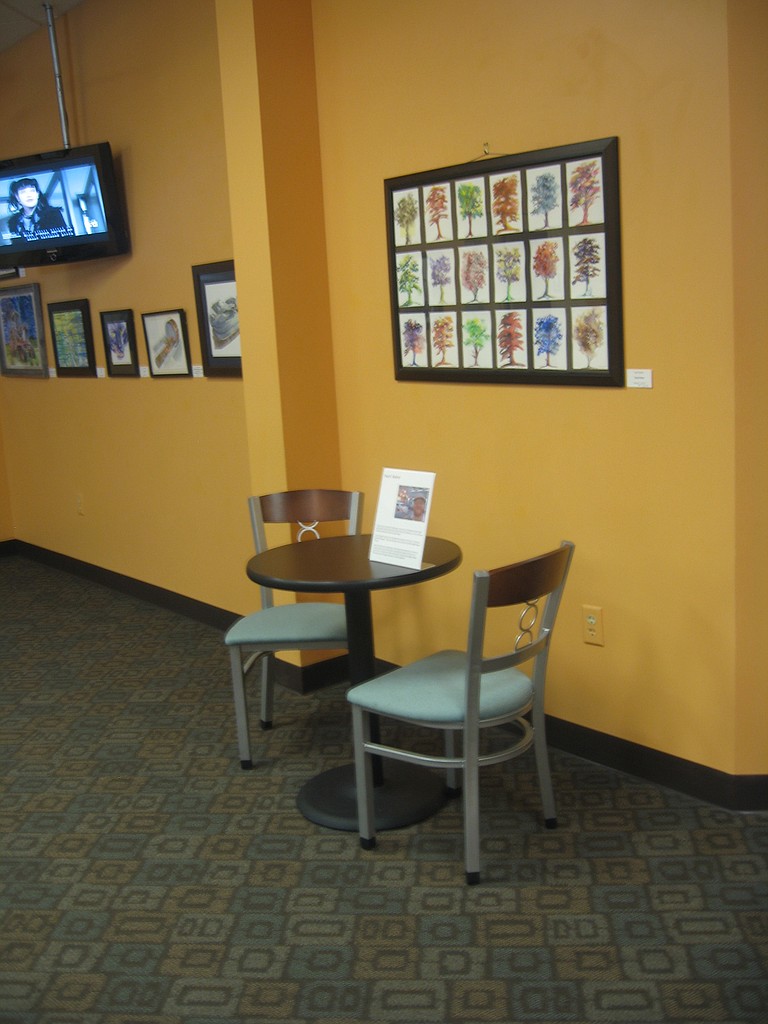 Paul Buford's watercolors are displayed at Fitness Lady until Aug. 8.

One might not expect to see paintings of rusty cars on the walls of a modern women's fitness facility. But every two months, the art gallery changes, providing the members of the all-women Fitness Lady North in Ridgeland with the chance to observe work from local artists or photographers from the Jackson area.

This month's artist is Paul Buford, who graduated from the Mississippi State University School of Architecture in 2000 and moved to Jackson in 2007. Buford is an architect at Canizaro Cawthon Davis.

"Our goal is to minister to every woman's need, whether it be physical, mental or spiritual," Sissye Gory says. Gory is a general manager at the all-women Fitness Lady.

As a workout facility, Fitness Lady caters to all three of these needs with their workout equipment as well as an art gallery and a chaplain, provided 24/7 for members to talk to or pray with. "We want women to be well-rounded," Gory says. "Women are complicated."

Buford was pushed to paint in school but began building his collection of watercolors in recent years. "Watercolor has this process of staining paper over and over until you have the right image," Buford says. "Mixing the paints is a kind of controlled chaos that has always been appealing to me."

Buford's art is on display at Fitness Lady until Aug. 8, providing the facility with a rustic feel through his images of truck grills and old buildings.

"I have always liked cars growing up. I stink at working on them, so I paint them instead," Buford says. "There is something nostalgic and mysterious about the decaying pieces that I find and work on."

Buford began his paintings of truck grills in order to rejuvenate some inspiration for his architecture.

"If I could somehow incorporate (painting) into architecture, that would be cool," Buford said.