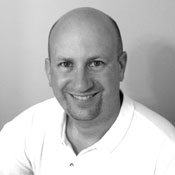 I'm standing at a wall of iPhone covers in Best Buy somewhat dazed by the sheer number of choices—colors, styles, textures and graphic prints of every description. Which one represents me? And what do I want the cover of my phone to say about me? Do I even need a cover to start with? The phone itself is a brilliant enough device that it needs no special decoration—camouflage, cartoon character or otherwise.

Who am I kidding? "I'll take this one," I think, as I make my selection.

As humans, we just can't help it: We have to add our creative signature to just about everything we touch. Even items that require no adornment whatsoever become a canvas for our whims. The myriad of styles for car tags (or license plates, for those who are not from here) comes to mind.

But that is a good thing, right? A quick web search for creativity tells me that it is an underpinning element of optimism, balance, resilience, perspective and discipline. Those sound like important strengths to me.

It seems obvious that seeking out and exhibiting creativity in our daily lives is an innate characteristic of human nature. And yet, academia, which is ever aware of both accountability concerns and funding cuts, has begun to neglect it.

Perhaps it's not by choice. No Child Left Behind, which became law 10 years ago, didn't do creativity any favors. Sure, schools need to effectively perform well in reading, math and science scores, but do they need to kill the students' creative natures in the process?

I was not an exceptional student in my early school years. I got paddled several times in first grade for spending my time daydreaming rather than keeping up with classwork. As the years went by, the paddling stopped, but the daydreaming never did.

I believe it's natural to want to excel at something. I showed up for peewee football and elementary basketball practice only to realize that athletic ability would not be the something at which I would excel. Some of us are natural born athletes; others are not as innately gifted but will dedicate endless hours of practice to hone what skills they have. Then there are those who must accept that athletics simply aren't in the cards for them. I am in the last category.

Mechanical drawing, a precursor to CAD, or computer-aided design, is basically drafting plans to illustrate how something has to be constructed or how it will function. It's the artsy side of engineering, a right-brain function in a left-brain field of study.

But just how much do we value creativity? We don't celebrate it at pep rallies, and creative types are not likely to have their picture taken for the yearbook just for being good at it (though they may end up actually doing the yearbook). For me, finding my creativity was an introduction to my own world of self-worth (aka optimism, balance, resilience, perspective and discipline).

Creativity shows up in many forms. Whether you're admiring one of Wyatt Waters' impressionist interpretations of a capital-city scene or enjoying a drink with friends at a Fingers Taylor performance, you will eventually realize that creative energy animates Jackson. Even our dull, utilitarian traffic boxes around the downtown area have come alive with vibrant artistic expression (see pages 22 and 23).

Creativity is a great asset that we should be proud to highlight. Personally, I love the "Mississippi, Believe It!" Campaign that the Cirlot Agency produced a few years ago. It showcased the accomplishments of creative Mississippians of the past and present.

These days, a full 20 years post-high school graduation, I still crave creative exercise. As an IT systems administrator, I don't always get the satisfaction of stepping back and admiring the visual progress of a particular task. But, the thing I have learned through the years is that finding your inspiration in any particular task is the key to a successful outcome.

Encourage creativity in young people. In a world where anything that can be outsourced will be outsourced, hold tight to creative inspiration and clever thought. Perhaps the assembly of my iPhone was outsourced, but not the brilliant creativity that designed it.

Scott Dennis is a Morton native who lives in Pearl. Dennis earned a computer science degree from Mississippi College and works as an IT specialist with the U.S. Geological Survey. He is blessed with a wonderful wife and a small but growing family.