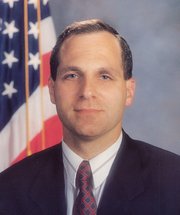 "Success with honor" is the motto of the Pennsylvania State University football program. Over the last 40 years, the program achieved success. However, it did so at the cost of losing its honor.

Former FBI director Louis Freeh released the much-awaited Freeh Report today after an eight-month investigation into the Jerry Sandusky child-abuse scandal. Freeh was investigating how much top officials at Penn State knew before Sandusky was arrested in 2011. Freeh's 267-page report concluded that top officials at the university "failed to protect against a child sexual predator harming children for over a decade."

The report alleges that all four men knew of the 1998 investigation concerning Sandusky showering with a child and "failed to take any action," and adds that Schultz was worried the matter could be "opening Pandora's box."

"There's more red flags here than you could count over a long period of time," Freeh said.

Pennsylvania State University failed to adhere to the Clery Act, which requires collecting evidence and reporting crimes such as child abuse. The university's "awareness and interest" in Clery Act compliance was "significantly lacking," Freeh wrote. Paterno died of lung cancer in January this year, at age 85, without telling Freeh's team his account of what happened.

It seems that fear of bad publicity made four men hide what was happening on the PSU campus. Along with federal officials looking into the university, the NCAA could also decide to look into the actions of the football program.

Sandusky was allowed on campus right up to the moment he was arrested in 2011. University officials did nothing to limit his access to children or the campus.

When those at the top do not act with integrity or honor, it makes it all the more important to support events like the 2012 JFP Chick Ball and starting a rape-crises center. Those without any power need someone to contact, get help and tell their story; they need someone to believe them and take action.

For information about this year's Chick ball, go to jfpchickball.com