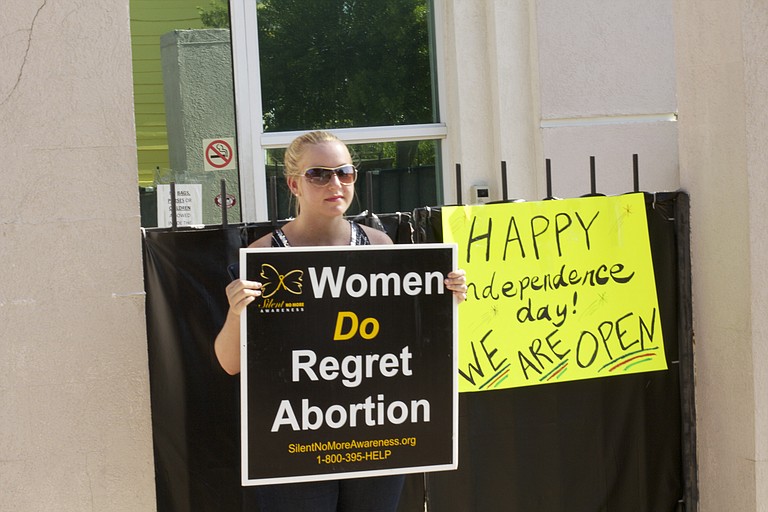 July 2, 2012: Outside the Jackson Women's Health Organization, protester Ashley Sigrest talked about her own abortion and how she now counsels other women who have gotten and regretted their abortions. Photo by Virginia Schreiber.

The JFP celebrated the new craft-beer law that went into effect in Mississippi on July 1. Click here to read all the JFP's beer-month features and view a gallery from the JFP vs. Raise Your Pints taste-off.