On the Road with Josh Hailey 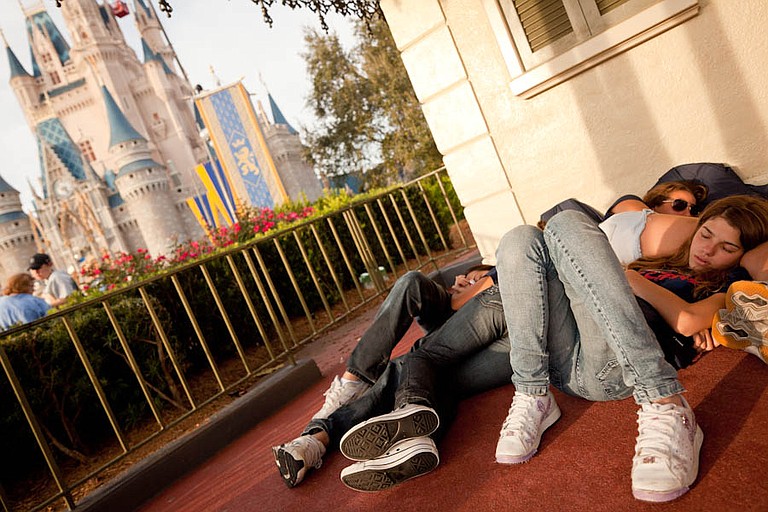 A couple of youths asleep in the Magic Kingdom. Orlando, Florida. Josh Hailey

Josh Hailey loves every second of his couch hopping, frequent gas stops and random interviews with Arizona Border Control as he road-trips across America, collecting faces and moments for his "large photographic research project," Photamerica.

Most of the time Hailey is alone in his '92 Chevy, which he proclaims a "creeper van" and lovingly calls "Casa Blanca." His companion on the road is usually just his iPhone, which he says he uses for everything. The van is divided into two distinct areas by a curtain he found.

Up front is the cockpit, covered in a wealth of objects he has collected and gathered over the years: stickers from friends, postcards with drawings on the back, a glass dashboard bottle tree made by a friend and two speeding tickets (one from Oklahoma and one from Arizona.)

In the back, lit by a string of purple Christmas lights, is the second living space, the bedroom. Hailey sleeps on a comfy pallet surrounded by four bins (one for clean clothes, one for dirty clothes and two for camera equipment) and a cooler filled with water and tea.

"I want to make it to Ohio," Hailey says. "I can only imagine what the people are doing there, the lives they live in this ever-changing country. ... By face value, our lives may seem completely different but the closer and closer you look, the more similarities pop up."

In a single day, Jackson native Hailey takes more than 300 snapshots with his iPhone and more than 100 higher-quality photographs with his Canon 5D Mark 2, and uploads the best to social-media outlets such as Facebook and Twitter, as well as his own websites (photamerica.com and randombeautiful.com). He photographs everything that catches his eye, from southern weddings to Gay Pride San Francisco; interesting architecture to familiar smiles; a man selling bath and shower salts in southern California and a 6-foot crab made solely of plants and scrap metal at the entrance of San Francisco's Fisherman's Wharf. 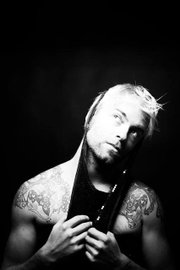 Hailey says he is attempting to sum up "His America," and the culture within, through his camera lens. Hailey plans to visit 50 states in 50 weeks. He began in Hawaii this January. "I flew to Hawaii first while my van was still getting rigged up. It was a way for me to kill two birds with one stone, getting the one state I couldn't drive to out of the way and using that extra time to get my van fixed," Hailey says.

Through funding from programs like Kickstarter and new friends with cozy places to sleep whom he met via websites like CouchSurfing, Hailey is crossing the country in a van he got at an auction for $2,000. 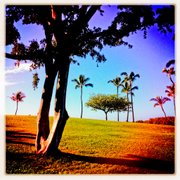 "The beauty of the Internet made this trip possible for me," he says. The Internet continues to shape the project—Hailey and his van are willing to move and shake wherever, or however, he is invited. At the end of the project, Hailey plans to compile his favorite and most interesting photos into a book to be released in 2013.

The photographer is making big moves with Photamerica, a movement that is as open as the wind and completely loose. "I am going where I am asked to go," he says. "I am talking to people online who want to talk to me, through friends who ask me to visit and kind faces on the streets, and I am moving like word of mouth from place to place."

Hailey enjoys exploring the "cultural fondue pot" of the nation, challenging societal norms, and meeting vibrant people with ideas of their own who are willing and brave enough to share them with the world. He says its all about sharing those beautiful moments and images with the world through social media and the Internet—truly capturing America in its current state, with its current inhabitants showing the real faces, the real lives, and the real laughs.

"I am a liver of life, a lover of many and, most importantly, a sharer," Hailey says.