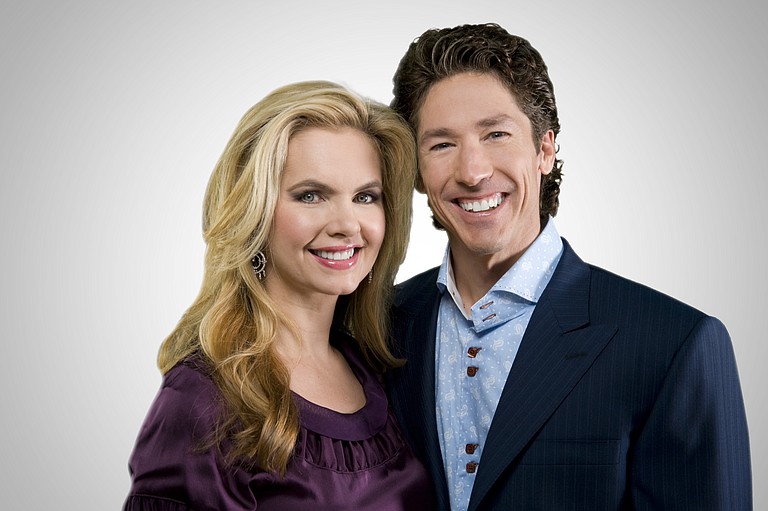 "Well, I’m always an optimist. Some people don’t, but I do believe there are good things in store for us. Now we’re dealing with this fiscal cliff, and I’m not thrilled with the divisiveness of politics, but I believe God has America in the palm of his hand, and good things are in store for us. Yes, we’ll face difficult and tough times, but I yet believe America is going to see better days." Courtesy Osteen Ministries

Joel Osteen’s smile is as big as Texas, and so is his following. As the pastor of Houston’s Lakewood Church, Osteen, 49, leads America’s largest congregation. He preaches to more than 38,000 attendees each weekend at the church his father founded in 1959. That number swells to more than 7 million when you add his worldwide television audience. Osteen’s popularity and positive messages have made him both beloved and reviled among evangelical Christians. But Osteen and his wife, Victoria, respond to praise and criticism with signature smiles and encouraging words.

I had an opportunity to interview Osteen, who will come to Jackson for his first time Jan. 4 for “A Night of Hope,” a two-hour event that inspires with song.

What’s been the impact of your dad’s life, witness and ministry on yours?

Let’s talk about that word “integrity.” We’ve seen lots of leadership scandals, and we know media love a good scandal. Do you have a preventative word for leaders for before they fall?

Integrity is the foundation of God’s blessing upon your life. You’re right to say we’ve seen a lot of scandals with well-known (leaders), not to be critical. But having gifts and talents doesn’t pan out where there’s a lack of character. Integrity should be something we all strive for, to take the high road, and accept no compromise when it comes to our integrity. I realize there are a lot of skeptical people out there now because they’ve seen ministers they trusted in at one time and who didn’t pan out. I’m inspired to walk the walk and not just talk the talk because it affects many people. When you’re a pastor like you and I, you’re influencing more than just your family. What I learned from other’s mistakes is you can come down a lot quicker than you went up. The first half hour of my day, I’m searching my heart asking God if I’m on the right path. Searching your own heart; that’s the important thing.

Some people may misconstrue your message and think that you’re always preaching blessings without integrity. But you just stated that God’s blessings are contingent upon our obedience. Do you think you’ve been misrepresented?

I think that’s true. When I hear someone criticize me, I think that’s someone who hasn’t actually listened to our message. That’s someone listening to a sound byte or reading out of context. I believe God wants you to be blessed and excel ... and have good relationships but, as you said, the foundation is integrity; it’s obedience. Are you growing? Are you dealing with the issues God is talking to you about? I talk about that a lot as well. But some people misconstrue it. They’ll say, “Joel says everything’s gonna be good!” Half of my messages are about overcoming difficulty, being faithful in the midst of trials. God says count it all joy while we’re in the trial.

That last point relates to what you said about your dad and lifting up the underdog. Of course, you may know that Mississippi is often seen as the poster child for everything that’s negative. When you come here in January, what message of hope do you have not only for Jackson but for our entire state, sort of the nation’s underdog?

Well, my message is going to be that God has amazing things in 2013. He does reward people who are faithful. ... And a lot of times God judges us differently than how people judge us. God looks at the heart. God uses the least likely people in some instances. God used David who, as you know, was an underdog. Some may come from bad families, but our message will be: You’re not who the world says you are, but you’re who God says you are.

Absolutely. Our governor has made it his mission to curb the number of teen pregnancies and births. One can rightly argue that numerous socioeconomic issues contribute to this epidemic, but also a sense of hopelessness. How do we—politicians or pastors—speak to the latter?

You know it’s difficult. You have to do one person at a time. ... You have to let them know God can get them through this. If they take steps of faith, be the best where they are, God can open up doors and bring people out. If you don’t have hope, you can’t have faith. Faith is the substance of things hoped for. You have to believe you are a person of destiny. God has equipped you, and no person, circumstance or poverty can keep you from your destiny if you keep moving forward.

That’s excellent. But what about those out there who’ll say that hope and faith God-talk sounds great, but it doesn’t address the racism, sexism and generational issues people face?

I’m not saying it’s easy. I just have to come back to the scripture that says, when you believe, all things are possible. You can get bitter and negative, and I can almost guarantee you nothing’s going to go well. It’s going to help you. So faith is choosing to believe God and his plan for my life even though it doesn’t make any sense. You’ve got to be determined to persevere and be all that God created you to be. I believe our days can end in victory, but we have to do our part.

You’ve been doing A Night of Hope for eight years. President Obama’s rallying cry has been hope and change. Is our nation becoming more hopeful or fearful?

Well, I’m always an optimist. Some people don’t, but I do believe there are good things in store for us. Now we’re dealing with this fiscal cliff, and I’m not thrilled with the divisiveness of politics, but I believe God has America in the palm of his hand, and good things are in store for us. Yes, we’ll face difficult and tough times, but I yet believe America is going to see better days.