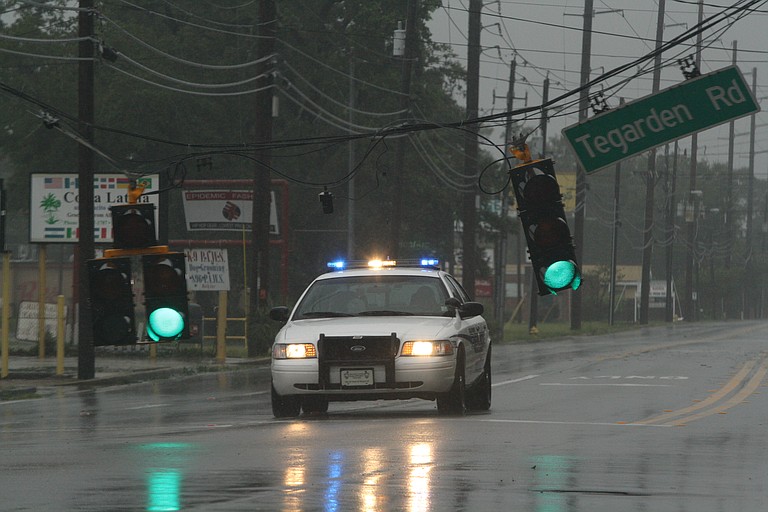 A police cruiser prowls the streets of Gulfport. August 29, 2012. Photo by Jacob Fuller.

Weather officials are calling for as much as 12 to 18 inches of rain to fall on the metro area by Friday morning. The area remains under a flash flood warning. Winds between 20 and 30 mph, with gusts up to 40 mph, will continue throughout Thursday morning, afternoon and into the night.

Portions of the Gulf coast may get as much as 30 inches of rain by the time Isaac has passed. Tornadoes and flooding have destroyed structures, including homes in Gulfport. Areas of the coast have lost power, though large areas never lost power through the storm.

Highway 90, which runs along the coast, is closed to traffic as crews work to clean debris off the road.

The storm has claimed one reported death in the state. A tree fell on a tow truck on Goodyear Boulevard in Picayune, killing the driver early Thursday morning. Authorities have not released the man's name.