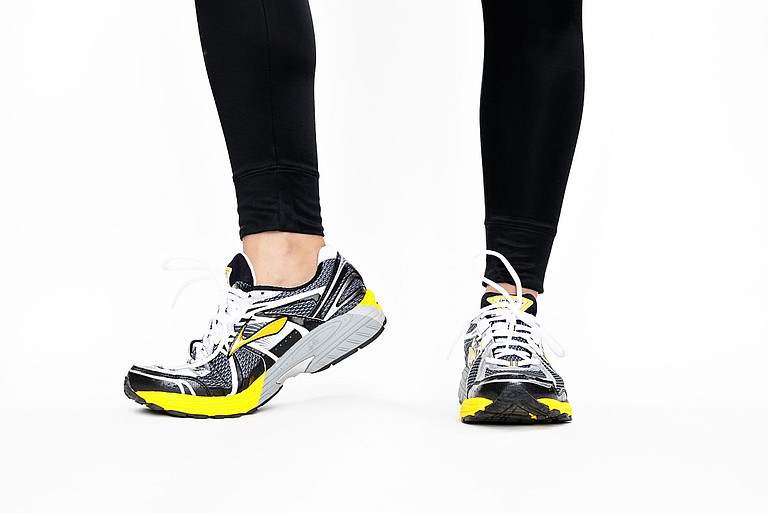 Each runner must find the shoe that works for them, whether they need more stability with a shoe like the Brooks Adrenaline, or a lighter option like the Mizuno Precision.

There's nothing I hate seeing more than runners at a 5K toting water belts, gel packs or Gatorade bottles. Though they might look extra-prepared, it really indicates that they don't know how to properly hydrate before the race. If you're fully hydrated, your body will not need water or electrolytes during a run as short as 3.1 miles.

That distance seems like a long way for a lot of people, but the only thing all that extra gear is doing for you is adding weight. On sweltering summer days, you might need to hydrate mid-run. If you know your route, drop a bottle of water off before your run at about the halfway point. Stop, take a few sips (gulping will cause cramps), set it back down and be on your merry way.

The only things a good runner needs for a race—or any run—are a good pair of shoes and some light, breathable, moisture-repelling garments, like Nike Dri-FIT. I like to run with a GPS watch so I can keep track of my pace, but I will not race with one. Racing with a watch puts your focus on your time and ideal pace when you should be listening to your body and running the best you possibly can.

Everyone's a Cinderella when it comes to running shoes: Each person needs a different pair. It might take you a while to find out which type is best for you, but once you find them and have that first run where your arches don't feel like they're about to collapse it's like angels are carrying you.

Metro-area running stores like Fleet Feet Sports (500 Highway 51, Ridgeland, 601-899-9696, fleetfeetjackson.com) and StinkyFeet Athletics (153 E. Ridgeway St., 601-992-1439) are really great about putting someone in the right shoe. Do not just go to a big-box sporting-good store and pick the shoe that's prettiest or coolest-looking off the shelf. You could be making a big mistake.

For longer runs you'll want a shoe that's got a lot of support and a lot of cushion, especially if you're running on asphalt or concrete (but never run on concrete for long distances if you've got the choice, as it exaggerates the impact of your footfall). For fast-paced track workouts, you can wear a lighter shoe with less support. I wear one pair of shoes for both, but some people do a lot better at speed work in slimmer shoes.

Newton Running (newtonrunning.com) has gained a reputation. I've never worn then because quite frankly they scare me. I've known people to get addicted to Newtons, with their crazy colors and unique forefoot cushion. Fans say that once you go Newton, you can't go back. (I have an irrational fear that the factory will blow up, and then I won't have the right shoes, and I'll die. But that's just me.)

Newtons are reputed to be the best of the best. They have a footstrike technology that prevents injury and offer shoe models to correct over-pronation (inward rolling of the feet) and supination (outward rolling) during running, both of which strain your muscles and tendons during running.

As far as "barefoot" shoes like Vibram go, some runners swear by them, but I think their purported long-distances benefits should be taken with a grain of salt. As far as I'm concerned, they're great for weight training because they are light, but a distance runner should not wear them.

Running long distances puts a lot of impact on your joints. Minimalist shoes, in my experience, seem to offer little in the way of shock absorption, which can cause injury. Though some cultures are famous for barefoot running—the Tarahumara of Mexico, for instance as well as several notable Kenyan runners—transitioning to a suddenly popular way of running can lead to pulled muscles, stress fractures and tendinitis if not carefully done. In places such as Jackson that lack trail running, we run on a lot of concrete and asphalt, for which you need support and cushioning.

Each runner must find the shoe that works for them, whether they need more stability with a shoe like the Brooks Adrenaline (left), or a lighter option like the Mizuno Precision (right).

"Minimalist shoes, in my experience, seem to offer little in the way of shock absorption, which can cause injury" I think you've missed the point about barefoot running in a big way.

I too, think you have missed the point about barefoot running. ANY running impacts the joints, not just running long distances. Just because they over pad the heel of a shoe doesn't mean heel striking is the way to go. Striking with the forefoot/mid foot dramatically reduces the amount of impact on the joints. Daniel Lieberman's Harvard study demonstrates this very well. Oh yea, I found the reference to StinkyFeet Athletics particularly amusing.