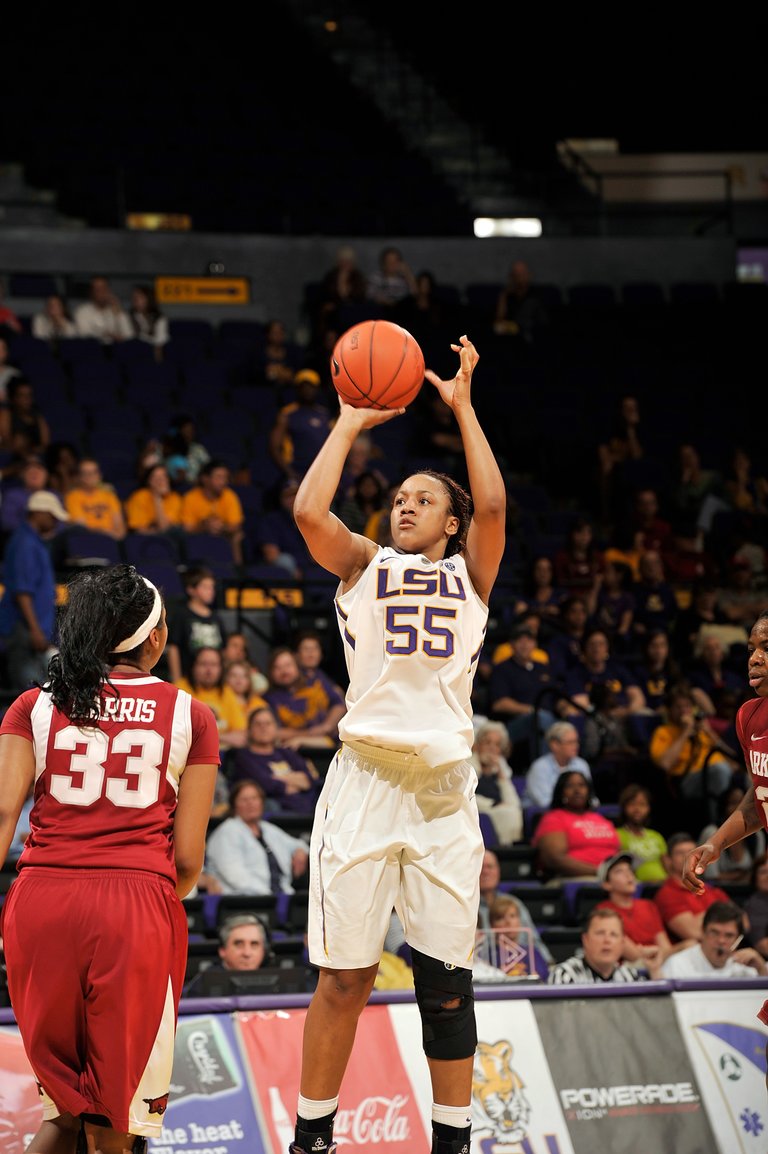 LaSondra Barrett, born in Flowood in 1990, is one of the best women's basketball players from Mississippi.

At Murrah High School, Barrett led her team to back-to-back state championship games her junior and senior seasons. She was the 12th-ranked player in the nation and ranked the No. 2 forward according to HoopGurlz.com in her senior season when she averaged 17.8 points, 9.2 rebounds and 8.0 assists. Barrett was selected to the McDonald's and EA Sports All-American game in 2008 and voted MVP of the Nike Midwest Showdown and Oregon End of Trails Tournaments in 2007.

After a successful high school career at Murrah, Barrett decided on Louisiana State University for her college education. She made an immediate impact for the Tigers, being named SEC co-Freshman of the Year after the 2008-09 season with Arkansas' Ceira Ricketts. Barrett was also named to the SEC All-Freshman Team that year, averaging 11.4 points and 5.7 rebounds.

She followed up a successful freshman season with three more outstanding seasons. The SEC coaches and Associated Press named Barrett All-SEC First Team her senior season. They also selected her to the All-SEC Tournament Team and SEC Community Service Team in her final season for LSU. At the end of her senior year at LSU, Barrett averaged 12.3 points, 6.5 rebounds and 2.1 assists per game.

During her time with the Tigers, she played every position on the floor. Barrett graduated in December 2011 with a degree in sports administration commerce and had a team-high 3.4 grade-point average. She was also a three-time SEC Academic Honor Roll recipient.

The Washington Mystics made Barrett the 10th pick of the 2012 WNBA Draft April 16. Barrett is just the seventh player from LSU the WNBA has ever drafted. The WNBA also drafted two other Mississippi players this year. The Indiana Fever out of Georgia Tech picked former Clinton High School star Sasha Goodlett with the 11th overall pick. The Los Angeles Sparks out of Rutgers picked former East Oktibbeha County High School star April Sykes with the 28th overall pick.