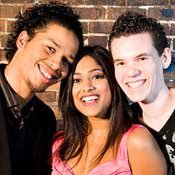 The 2010 Census found that more Americans are identifying as multi-racial than ever before. More than twice as many people reported their race as both black and white in 2010 than did in 2000.

The number of people who reported as both white and Asian increased by 87 percent during the same time period.

The median age of Mississippians is 36, younger than the national average of 37.2. Maine had the oldest population in the country, with a median age of 42.7.

The Census Bureau has also released data on homeownership around the country. Mississippi has one of the highest rental vacancy rates in the country, with 11.6 percent of rental units vacant.

Nearly 69.6 percent of the housing units in the state are owner-occupied, however, putting Mississippi above the national average 65.1 percent for owners who live in their homes.