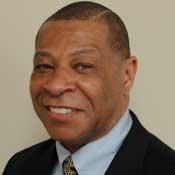 Department of Administration Director Lee Unger said a bond-restructuring proposal will eventually cost the city an additional $3.8 million, but will save more than $6 million over the next two years.

Johnson and his financial team briefed the council on the restructuring plan at the July 11 work session, but Council President Frank Bluntson refused to hold a vote approving the restructuring plan. Bluntson told the mayor that he felt uncomfortable about the plan, because the mayor briefed the council only a day before it was scheduled to hold a vote approving it.

"I didn't know anything about this until Friday (July 8). Why do we have to wait to the last minute to have these briefings?" Bluntson asked the mayor last week.
Johnson pulled the agenda item approving the transaction last week, but not without challenging Bluntson's assessment that council members new little of the mechanics behind the transaction prior to the scheduled vote.

"I have no problem doing whatever you want to do, but don't tell me we are waiting to the last minute to do something when that's not the case," Johnson said.
Johnson proposed last year to hire financial advisor Porter Bingham of the Malachi Group to help restructure the city's bond debt, which includes the water and sewer debt before the council this week.

Ward 6 Councilman Tony Yarber said Bingham had done a good job of reaching out to council members regarding the particulars of the transaction.
"This is the third time this (issue) has come back around to us, and quite frankly, the financial advisors have contacted us to see if we had any lingering questions prior to this being on last week's agenda," Yarber said. He added that he planned to approve the restructuring arrangement should the council hold a vote on the matter. "I had a chance to talk to them (Malachi) and clear up how this affects the city and if it would create problems with us."

Lee Unger, Department of Administration director, said the restructuring proposal the council is considering today deals with refunding the city's 2002 water and sewer bonds and a partial refund of its 2004 and 2005 water and sewer bonds. The transaction will lower the city's interest rate from 5.05 percent to 4.30 percent, but extend the life of the 2004 and 2005 bonds two additional years to 2034. While it ultimately adds about $3.8 million in debt service after refinancing, it allows the city to realize short-term savings of $3.3 million this fiscal year and $3.3 million in fiscal year 2012.

The city is paying $941,050 for professional services and underwriting for the restructuring. A document Johnson released to the council claims the transaction will not impact the city's "A+" credit rating by industry financial services company Standard and Poor's, or the city's "Aa2" classification from credit-rating agency Moody's.

Beginning in 2015, the general obligation bondrefinancing will begin costing the city money as the city owns up to its financial commitments. Last year, Johnson's administration released a plan revealing the city would owe just under $1 million for debt service in the years 2015 through 2018, and almost $2 million in 2019. The years 2020 through 2023 would see an annual payment rate of $4.5 million each, and in 2024 the city will owe about $6 million.

Former Ward 1 Councilman Jeff Weill spoke against the general obligation bond refunding effort last year, arguing that the city was putting debt "on the backs of our children."