Women and the U.S. Constitution: A Call to Action 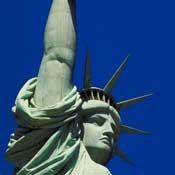 Supreme Court Justice Antonin Scalia just asserted for a second time that our Constitution does not protect women against discrimination. That was one of the arguments for passing the proposed Equal Rights Amendment (ERA), and ironically, people of Scalia's "conservative" persuasion often countered that the ERA was not needed precisely because women are already protected by the 14th Amendment.

Indeed, many Supreme Court cases have invoked the equal protection clause of the 14th Amendment to strike down laws that blatantly discriminate on the basis of gender. But now we're told that these cases for four decades were wrong because the Constitution was never intended to protect women. And that's true if we only look at original intent. The focus of the framers of the Constitution was to protect the life, liberty, and property of white men who owned substantial property. And the focus of the 14th Amendment was implicitly on African American males.

Of course, the 14th Amendment's equal protection clause uses the term "person," and in this 21st century it's bizarre that a jurist would think "person" does not include members of the female half of humanity.

Even more bizarre, in light of the fact that the Constitution was certainly not intended to protect corporations, is that last year Justice Scalia saw nothing wrong in voting that the Constitution gives corporate executives the right to use corporate funds to anonymously make massive donations to elect representatives who favor their financial interests.

But bizarre or not, Mr. Scalia is a Supreme Court Justice, a man with enormous power. And if in Citizens United v. Federal Election Commission he and four like-minded men could throw out key provisions of campaign
finance laws dating back to 1907 plus two of the high court's own decisions from 1990 and 2003, we must take notice when such a man asserts that women are not constitutionally protected.

Which brings us back to the Equal Rights Amendment that would clearly add women to the "persons" protected by the Constitution and that failed by only a slim margin in the Reagan era. It passed Congress and was ratified by 35 of the needed 38 states.

Given the current reactionary political climate, it may be argued that getting the ERA through now will be a tough uphill fight. But it's precisely because of this climate that we must have it.

There are a number of initiatives on the table to finally enact this simple amendment that reads, "equality of rights under the law shall not be denied or abridged by the United States or by any State on account of
sex."

Here are some active websites and links where you can learn more about what you can do to pass the ERA; http://www.eracampaign.net/;
http://www.now.org/news/blogs/index.php/sayit/2010/08/20/era-suffrage-collins. You can also find new mobilizations on Facebook and Twitter by searching on ERA.

The time is now. The equality of rights of women--half our population and our workforce--must be enshrined in the Constitution once and for all.