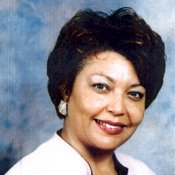 Let me refresh our memories about the process to which I refer and to which Tougaloo College adhered. Governor Barbour formed the Commission to Establish the National Civil Rights Museum in Mississippi made up of citizens from across the state of Mississippi. The Commission was charged to make recommendations to the Governor on several issues, one of which was the best location for the Museum. Consultants were hired to help facilitate the work of the Commission, primarily in selecting a site for the proposed Museum. The consultants developed well-defined criteria to which all interested entities had the opportunity to respond by an established deadline. Tougaloo College, like many other entities, presented a proposal to locate the Museum on its property. After careful review, the consultants recommended the Tougaloo College site for the location of the Museum. And after even further review and deliberation, the location committee, the executive committee and the full commission voted in favor of the recommendation. It should be noted as well that at the time of the Commission's vote, there was no proposal under consideration with an identified site for the location of the Museum to be in downtown Jackson. As previously noted, Governor Barbour accepted the recommendation. Following the action by the Commission and acceptance by the Governor, the Governor was to appoint a board of directors that would form a non-profit organization to organize the construction, funding and operation of the Museum. To my knowledge, this part of the process has not been fulfilled.

The Museum was to be located on the College's property held for investment. The College agreed to donate approximately nine (9) acres of its land to be used for the Museum. For almost three years, nine acres of the College's land have been held as a good faith agreement for the future site of the National Civil Rights Museum in Mississippi.

Mississippi needs a Civil Rights Museum. It would be good for our state. Tougaloo College's willingness to invest its own resources through the donation of land speaks to our commitment to help ensure that this transformative period in America's history is preserved and shared, serving to inspire all citizens to work to make sure that Mississippi's negative history will never be repeated. The College is dedicated to using this history as an educational guide, within the context of today's social and political issues, to continue to advance a more humane and just society.

There is no other institution that has stood more solidly and consistently to challenge, protect, inspire and move Mississippi out of the shadows of darkness into the healing light - unceasingly working to unite all humanity through education, service and leadership. Tougaloo College was the epicenter for the civil rights movement in Mississippi - the place for strategy, safety, inclusion - the safe haven of hope, dreams and action. The College has been a constant source of true enlightenment for Mississippi, keeping the dream of a more perfect union alive for more than a century. Without financial support from the state of Mississippi, and rather in spite of attempts by the state to revoke its charter due to the College's unwavering commitment to civil rights for all people, this institution has supplied the state with some of the best minds and leaders the world has seen. The College's alumni have made and continue to make extraordinary contributions to improving the educational, social, political and economic fiber of the state of Mississippi . . . bringing honor and recognition to the state.

The media ask "what is our reaction?" Tougaloo College feels like the one invited to the long anticipated ball that was said to be given in her honor, only to discover there is no ball and she is without honor in a place to which she has given so much.

Out of sight, out of mind is what it is giving the appearance of. I feel that if the agreement was reached three years ago then it most certainly should be honored. It's another slap in the face from the governor's administration. He either side steps, back steps, or misses the steps all together. Right now he is hoping that his claims of no civil rights violations concerning his FEMA division hold true. They won't. There is already confirmed evidence that the FEMA division in Mississippi falsified federal documents in an effort to cover something up. His legacy will most likely hold the largest discrimination/civil rights breach in FEMA's history. Not a good thing to be remembered by. We hope the museum is built right where it belongs. At Tougaloo college. Jimmy Armstrong

Chuck, you are correct that was the recommendation of the committee.....but that, in my opinion is not a satisfactory recommendation. Let me preface my statement by saying that I went to Tougaloo, my sister and my father went to the Loo. My father was an active participant in the civil rights movement in Jackson and thus at Tougaloo. No one is saying that Tougaloo isn't a fixture in the civil rights movement. No one is saying that there should not be a connection with the movement and Tougaloo. However, Tougaloo College itself is a civil rights museum. The campus itself speaks to the movement. Why must we pile everything that reflects the movement on Tougaloo campus when a brief tour by anyone who knows anything about the meetings in the library and in the chapel were held there could share that. Also, if Tougaloo is already on the Nation Park Service list as one of the historic places of the civil rights movement, then, it doesn't need this museum to qualify it any further. We need to start beefing up the capital city and especially downtown Jackson. People are already taking businesses there, but we need black owned businesses and a reflection of the black community right there. Farish Street is an entertainment district that has a history in itself, why is Tougaloo a more suitable spot than Farish Street? I've heard many black people say this is about taking money from a black college and giving it to the white folks downtown. REALLY!!!! Really. This is about OUR capital city. This is about making the struggles of black people during the civil rights movement available to people who, let's just face it, have never been and will not even venture on the campus of Tougaloo College and they live up the street and around the corner from it. Is there anyone who would argue that downtown would offer a more diverse audience and thus offering information to some who just might not ever get to experience it if Tougaloo claimed this museum. I will be honest with you, I have not stepped foot on the Tougaloo campus since I left there. It's not because of anything other than, I never have to even go in that direction. I don't go down county line road for ANYTHING. Nope, don't shop at Northpark Mall. I never even pass by Tougaloo. You said last night on Direct Line that you don't go any further than Tougaloo. Well if you didn't work there, would you even go there? Fact of the matter is, they dropped the ball (this committee who made this recommendation). OR we dropped the ball for not making more of a stand for what this city needs. It makes more sense....easy! If we are trying to revitalize Jackson, MS then putting this museum on the campus of Tougaloo College (which is sometimes Madison and sometimes Hinds depending on who you ask) would be going against this effort. It will only direct people AWAY from Jackson and down County Line Road or further back down Hwy 51. It will not pull them into the city. Thus, shooting ourselves in the foot! BTW: Great job last night! ;-)

I don't know if I've noted this previously (would be no reason to--other than Queen knowing from private conversations :) ) BUT I work in an entirely African American workplace (minus myself, of course) and we actually discussed this topic this morning. Out of 20 employees, they all agreed in placing the museum downtown (including a Tougaloo grad)as it would get more attendance and "walking" traffic than if placed at Tougaloo. I knew the formal recommendation from 3 years ago and I understand why Tougaloo wants this honor but I think the best spot for it is somewhere it will be seen by actual visitors who know nothing about the struggle of civil rights in MS. And, I'm sorry, but I agree with Queen...I haven't passed Tougaloo in years and I live in Jackson. Have no reason to head that way. The same as people coming to Jackson to visit, for work, etc that would like to see the museum. It needs to be centrally located with the other museums. It only makes sense. With that being said, it was EXTREMELY disrespectful of Barbour to make that statement without speaking with Tougaloo and members of the commission that gave the original recommendation. But, from what I know of him, that pretty much fits in with his totalitarian style of governing (y'all know I can't get through one post without saying something bad about that man!)

First of all, who expected anything else than a complete 18o from Governor Barbour. Seems in concert with the way he's done several things. And my goodness..hasnt he he been busy since talk of his presidential run has come up lol. Lets just do this as a suggestion. Tougaloo, Downtown Jackson. whoever raises the money to build the museum 1st or at least gets a firm commitment that they have the money in had...gets the museum. Fair. Because honestly awarding it to downtown is great. Thats MY choice, always will be, but....they dont have the money either do they? hmmmmm

Well I have always said it needs to be built downtown because it would be easier to get to and draw more vistors but it sure seems like to me, some people are forgetting that the Civil Rights museum isn't being built as a project to improve Jackson or downtown,it really has nothing to do with Jackson. Isn't suppose to be built to honor the people and tell the history of the Civli Rights movement of Mississippi? Sure looks like many have forgotten that. It doesn't matter if it's built downtown,Tougaloo, the Delta or Bodunk, Mississippi as long as it built somewhere.

This whole thing (Civil Rights Museum) has the appearance of the life of a prostitute. It sickens me to know that this very special project is being prostituted for political reasons only.

Justjess - agreed. BubbaT - The bottom line is EDUCATION. The museum shouldn't be about money. In my opinion the museum should stand to bring education, awareness and recognition of those who gave of themselves and their lives to fight for civil rights in MS. It is just as important to offer a reflection of the 80% of African Americans who reside in this city. Seems like we may be at a point of who gets the money first scenerio. However, I don't agree or take lightly that it would come down to that. It really should be in the best place to accomplish the things I mentioned above. Racing to get the money to me cheapens the end result - IMO. It also stands to create separation among us - again.