Put Up or Shut Up, Progressives 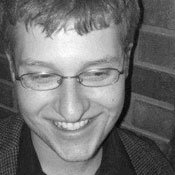 2011 is already promising to be a tumultuous year, particularly in Mississippi. Legislators have numerous crises to confront in this year, most of them rising from not having enough revenue to keep up with the rising operating costs of effective government. Mississippians have similar fiscal crises to confront, most of which stem from everything rising except our own wages. After this session is over, lawmakers will have lots of campaigning to do back home, most of which will start by defending any unpopular decisions they made in Jackson. And whoever becomes the next governor of Mississippi will have a lot of troubles to bear, most of which are rooted in Mississippi ranking last out of all the states in just about every social welfare category.

But there's good news. With so much at stake this year, our elected officials are especially vulnerable to the will of the people. We have the power to either put them back in office for four more years or give them all the boot and start over from scratch. This can either be a good or a bad thing, depending on who has the loudest voice.

Mississippi's neo-conservative base is already preparing for the fight. The far right will storm the state capitol this session with a list of draconian demands, according to e-mails from Mississippi Tea Party Secretary Donna Knezevich. They will actively petition lawmakers to eliminate welfare and repeal vital sources of revenue like property taxes. They'll also chomp at the bit for laws infringing on the civil rights of Latino citizens and for legislation that would make certain federal laws null and void in Mississippi. While they made Jan. 6 their day for a rally, Mississippi tea partiers have made it clear what their demands are, and that they'll show up every day and fight hard to get what they want.

So-called "progressives" in Mississippi need to be ready to represent themselves accordingly at the state capitol this year, or else the voice of the radical fringe right will be heard the loudest by our state lawmakers. If we truly value necessary government infrastructure, help for single moms and the impoverished, and landmark civil rights for ethnic minorities, we need to be heard this year. If we want a government that makes essential investments in the care and empowerment of its people rather than walk on them, we need to be heard this year.

Democracy is all about citizen participation in government. If the government that represents you isn't living up to your expectations or is hurting others, then theoretically, we have the power to make those changes.

We all love to sit around a cozy room with friends and talk about how we would each change the government if given the chance, right? What better time to be heard and sow the seeds for change than when all of our state lawmakers are living in our city and up for re-election?

Carl Gibson is a 23-year-old Methodist preacher's son from Kentucky. Formerly the state capitol reporter for Mississippi Public Broadcasting, Carl is a regular participant and spectator in the Jackson community theater, spoken word and blues scenes. His most recent venture is the Gibson Group, a lobbying firm.