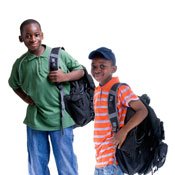 Tougaloo hosts "Beyond the Bricks," a national conversation about black males and public schools, Saturday, Sept. 18.

Ashington Koen Media along with local and outreach partners invite citizens of cities across the nation to a public conversation they're calling "Beyond the Bricks," which promotes advocacy on behalf of black males enrolled in public schools. The tour kicks off in Jackson Sept. 18 at Tougaloo College and will stop at nine other cities.

"Our national campaign is one we hope will bring all the community stakeholders together to inspire them to make necessary change happen, not only where they are but also beyond," Ouida Washington said in a statement about the event. Change is imperative, according to Washington Productions, when black and poor students are 70 percent more likely than their peers to be taught by instructors who aren't certified in the areas that they teach.

Registration for Beyond the Bricks is Saturday, Sept. 18, beginning at 10 a.m. at Woodworth Chapel on the Tougaloo College campus (500 W. County Line Rd.). The event runs until 2 p.m. Free.

Will any of these people actually propose policy changes or changes in laws or practices that they will enact in whatever capacity they hold? Or will it be another panel simply talking about solutions, rather than acting on them? Regardless, I will be there!!!!

Good question, Blackwatch. I am pretty fed up with the presentation of goals and objected that are not time limited and without specific people taking resposibility for implementation. I will be there also and with the hope of becoming a part of something that can make a difference.