Peace in the MPB Valley? 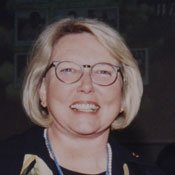 After being absent from Mississippi Public Broadcasting offices for at least two weeks, Executive Director Judy Lewis resigned Sept. 8. A news release that afternoon announced her decision to leave her post after one hot summer controversy.

The hoopla started when Lewis decided July 8 to pull the national radio program "Fresh Air" off MPB. In an e-mail dated July 9, Lewis said any public statement about the removal of the program should include a reference to "continuing" inappropriate content on the program so no one would think it was a "knee-jerk" decision.

But MPB apparently has no documentation of a recurring problem or of any complaints about the show. Through an Aug. 9 Freedom of Information request, the Jackson Free Press obtained all documents, memos and e-mails in 2009 and 2010 regarding inappropriate content on "Fresh Air." It revealed no complaints and no specific examples.

Before July 7, 2010, no one complained about "Fresh Air," hosted by award-winning interviewer Terry Gross. No e-mails, no phone logs, no memos back up the assertion that Mississippians were complaining about recurring inappropriate content of the show.

After the show was pulled, two e-mails surfaced from listeners who said they backed the decision to get rid of "left-wing" propaganda. By contrast, hundreds of listeners wrote in demanding to know what had happened to the show and specifically asked for examples of what was considered inappropriate. Many said they would stop sending checks to support MPB.

In e-mail, Lewis asked the MPB staff to forward all these complaints and questions to higher-ups. "This will pass!!!!" Lewis wrote to encourage her staff dealing with the phone calls, e-mails and accusations.

"Fresh Air" returned to MPB Aug. 2 at 9 p.m. with multiple warnings about adult content included throughout each program.

Lewis refused an interview for this story. Board Chairman Bob Sawyer of Gulfport did agree to talk, but said he had only been chairman for one month. The week before MPB announced Lewis' resignation, Sawyer stressed that he could not discuss Lewis' employment status or any other personnel issue.

At the board meeting Sept. 14, no one discussed Lewis during the public meeting. The board went into executive session to discuss personnel matters. But the board and staff did discuss "Fresh Air."

"We want peace in the valley," Sawyer said. "At 3 p.m., kids are getting out of school, and it's their riding time. (But) a lot of folks out there enjoy the show."

"We want to accommodate as many listeners as we can," said Jay Woods, deputy executive director. He said the response he had gotten from the public since bringing back "Fresh Air" had been encouraging. "By and large, we've had a very positive response, a lot of thank-yous."

"I'm blown away by this Facebook thing," Sawyer said. He mentioned the Facebook group Bring Back Fresh Air and its 800 fans. "Can we ask them to take it down?"

"The entire episode has been oddly affirming," Woods said. "We do have people listening and caring."

Sawyer wanted to know if the show might fit back into the afternoon schedule at some point. Woods said the replacement show, "Tell Me More" hosted by Michel Martin, is one of the few national radio shows produced by African Americans.

"That's important to us," he said.

Sawyer said he's usually in bed at 9 p.m., and although he isn't a regular "Fresh Air" listener, he is getting questions from people who are. Also, the information request turned up e-mails from MPB donors who say they go to bed early and are missing "Fresh Air."

The board meeting included a lengthy presentation for Jim Barksdale about the "Between the Lions" early reading program. The Barksdale Reading Institute has contributed millions of dollars to MPB's literacy efforts.

Some e-mails questioned if Lewis was political in her programming choice.

Lewis admits to being good friends with Gov. Haley Barbour but points out that he did not appoint her. In one e-mail to an upset listener, Lewis pointed out that she got the job on her own merits, not as a political favor: She had worked as a professor and worked with the United Nations World Food Program. Her last job was teaching theater at Mississippi College.

MPB hired Lewis July 8, 2009--a year to the day before she yanked "Fresh Air" off Think Radio--by a board that includes three Barbour appointees. In 2008, while she was a communications professor at Mississippi College, Lewis donated $1,000 to Republican U.S. Sen. Roger Wicker's campaign.

One month after Lewis became head of MPB, Margaret Wicker McPhillips, the senator's daughter, went to work for MPB as a public-relations handler in August 2009.

"Yes, I'm Roger Wicker's daughter," McPhillips confirmed in a Sept. 1 e-mail. "I'm curious to know how my father is relevant to a story about your FOIA request or MPB, though." McPhillips was previously Sen. Thad Cochran's press secretary and the North Carolina coalitions director of the Bush-Cheney 2004-2005 presidential campaign.

Welcome to Mississippi-Southern Fried politics at its best

So it was all about hating gays and lying about it so no one would know. If you want to be a bigot, that's fine. just be open so we all know what we're dealing with. The cancellation of the show in MS was based on 'convictions' held so tightly she had to lie about it. good riddance, jerk.

First off, no, you can't make the Facebook group go away. You are being held accountable for your actions as a publicly funded organization, and the sooner you acccept and embrace that fact, the sooner will you relate to your audience and stop making stupid, knee-jerk reactions. That statement by the new director just shows me he is as out of touch as Ms. Lewis was. It also indicates that MPB public relations is still is bad shape, considering that statement even came out of his mouth: (Paraphrasing) "Can't we just make the criticism go away?" Indeed. Secondly, whoever was handling MPB public relations during the Fresh Air fiasco either completely dropped the ball, or didn't have the guts to stand up to Ms. Lewis and tell her she was making a horrible decision from a PR perspective. If Lewis had concerns about the show airing during grade-school commuting hours, regardless if there were any complaints, I think that moving the show is a legitimate and appropriate decision for an executive director to make. You don't make decisions based on you Facebook Fans. BUT, instead of the knee jerk reaction to completely pull the show from the format, it should have been quietly moved to another time slot, with a message playing during the old broadcast time telling listeners when the new time slot is, and, if an explanation was called for, which it probably wouldn't have been in this scenario, then issue a statement about how Fresh Air can sometimes deal with adult material and a decision was made to move it to a time when children were not usually in the car listening with their parents, yet maintain a long standing, award winning show that is sometimes mature in content. If handled appropriately, Ms. Lewis may have been applauded instead of forced to resign.

So, has anyone at JFP pointed out to MPB that they've been caught lying here and gotten a comment from them on it?

Secondly, whoever was handling MPB public relations during the Fresh Air fiasco either completely dropped the ball, or didn't have the guts to stand up to Ms. Lewis and tell her she was making a horrible decision from a PR perspective. Hate to disappoint you Eskimo, but welcome to employment in state government in Mississippi - if you are the P.R. person at MPB and you know how the system works? In this economy, with the scarce job market - you can't expect someone to be a hero. Case in example two (2) former highway patrolmen - file EEOC complaints against MS Hwy Patrol - with assistance from the NAACP. EEOC found they had good cause and were discriminated against, how about the Department of Safety basically said, we don't care what the EEOC findings were and right now the case is headed to Federal Circuit court. Even agencies that are not even under the Govenor's purview, still have boards that the governor makes appointments to - so in turn they are still quote on quote going to reflect on his idealogoy on what that agencies focus should be and what kind of leadership it should have. Trust me, I am not saying someone shouldn't step up and be a whistle blower, but I just want you to understand the system and why someone wouldn't say anything

Secondly, whoever was handling MPB public relations during the Fresh Air fiasco either completely dropped the ball, or didn't have the guts to stand up to Ms. Lewis and tell her she was making a horrible decision from a PR perspective. Eskimo - I don't think the P.R. person at MPB dropped the ball or didn't have any guts, but I think they understand how this game is played and didn't want to take any chance on losing their job, especially with very limited opportunity out there.

This whole matter was disappointing to me. I thought MPB was part of the solution, not part of the problem. Guess I learned different. This situation was completely mishandled and believe me they won't comment. Reading this article about Lewis makes me understands now why sometimes I detected a "conservative" bent or Republican leaning lately in their news coverage. It seems that Karen Brown especially has had lots of Repubs on within the last year--Haley Barbour and Delbert Hosemann, to name a few. I mean here's a man who gutted education budgets but she is on air, at a station that supports education, going all "Ga Ga Goo Goo" over him. Oh well...........Et tu Kermit???

You know, in the end it was exactly what we thought. the show was dropped bc of one homophobe who didn't have enough support to openly say what she did or stick with what she did. They brought the show back and she's gone. all because Mississippians cared about something enough to push on the issue. I think it was a victory, though i wish it weren't a game we were having to play to win or lose.