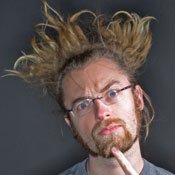 Change is a good thing, but it can be a hard thing to do. When you are stuck feeling like you are spinning your wheels, then it is time to do something drastically different.

I returned to Jackson from college six years ago, and since that time, I have been on the move. My brain and body have been ceaselessly burning the candle at both ends while observing and being a part of helping to resurrect and revitalize areas of town.

It amazes me the things I have seen happen in this city in the last few years. When I first moved back and settled in Fondren, it seems like criminals were breaking into businesses constantly. Fondren has blossomed in recent years with its many enterprising businesses and the promise of more to come.

I have seen downtown transform faster in the last couple of years than in my lifetime: new venues added; old venues reborn; and new events. Music is everywhere. Down the street, I have seen an old arts district become alive again just by the force of young people hungry to make things happen. Some of the most beautiful art I have ever seen is being made in North Midtown Arts Center, a converted warehouse by the train tracks on Millsaps Avenue.

I have seen so much happen and been a part of so much that I can't even recall most of it (thankfully, I have pictures), and it makes me want still more for Jackson. I have been a tireless supporter of all things positive in this city for a long time now. I never say no to anyone and try to be a friend to all. This city has supported me with the same respect.

But something inside me has changed. Mainly, I feel my life is on a sine-wave curve that never fully reaches an apex and yet will never completely fail. These are trying times in which we live. Much needs to be done, and we have little time to do it; however, I still believe we could always do more.

I love Jackson and the inspired and motivated people living here and working for something better, positive, and full of love. Yet sadly, I feel that my work and growth have stagnated, and I am in need of a change. I feel the need to explore new and exciting ventures because, after all, you only live once. I feel that I must experience life to its fullest because as an artist, experience means everything.

Jackson has grown a lot in the past six years, but it still has potential to go much further. I encourage everyone to support local events, charities, get-togethers, venues and anything else that could benefit Jackson. Get out of the house and bring your kids; start a cultural revolution; be proud to call Jackson your home. Strive to do the best for your city because, at the end of the day, Jackson can only be as good as we make it.

I will always cherish the exuberant love that this community has bestowed on me. Regardless of my situation, I am always enthusiastic to support Jackson; it is my home and has allowed me much growth as an artist and human being. Jackson will always be in my heart and thoughts wherever I may be living. Nothing matches the overwhelming love and support of this community, be it artistic, political or social.

See Josh Hailey's farewell show before he leaves for Los Angeles at the Arts Center of Mississippi , Dec. 2.

Josh, you and other influential and pwoerful young progressives leaving Jackson are going to leave a big void that the rest of us will need to fill. But Jackson is, as you said, a growing hub of all things artistic, musical and creative. More and more people from all over the globe are sowing their seeds in Jackson, drawn here by our rich, diverse culture and history. You and others have helped foster an environment that encourages creativity, rather than stifle it. You've provided the tinder and kindling for an artistic renaissance in the South that will soon be fueled by musicians and artists inspired by Mississippi and her stories. We'll miss you, Josh. But when the world calls you, you heed it. And don't worry about us; when you come back to visit, we'll be even brighter and better than before. Thanks for all you've done and will continue to do.