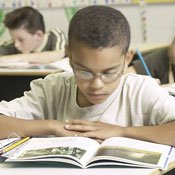 Jackson Public Schools has so far spent only 2 percent of its stimulus funds for special education.

Mississippi school districts have one year left to spend the $72 million remaining in a $116 million chunk of federal stimulus money for special education. Schools received the funds in 2009, and while a few districts have already spent the majority of their portion, most districts, including Jackson Public Schools, have spent little of their share.

The funds came through a program called IDEA Part B, a section of the Individuals with Disabilities Education Act that funds special education for K-12 students with disabilities. The money, while welcome, arrived with an expiration date: districts have until Sept. 30, 2011, to spend all of it. As of Sept. 10, 2010, Jackson Public Schools had spent only $136,940, or 1.7 percent of the $7.9 million it received for IDEA Part B through the stimulus package.

In contrast, Biloxi Public Schools has spent 91 percent of its $1.165 million. Jackson County has spent 87 percent of the $1.8 million it received.

The Columbus Municipal School District has spent $1.06 million, or 90 percent of the $1.18 million it received. Assistant Superintendent Anthony Brown, who oversees the district's federal programs, said that the district was able to shuffle its budget to take full advantage of the stimulus funds with their shorter shelf life. Columbus used two-thirds of the IDEA Part B stimulus money to cover the salaries of a supervisor, three case managers, teacher assistants and a variety of specialists. By using stimulus funds for those personnel costs, the district freed up regular special education funding for other uses.

"Then, in turn, those dollars that would've been used to pay for those folks—it gives you a little more flexibility, because as you have (evaluation) meetings and identify needs for children, you have money that you can apply to that and not be under the tight timeline you were under to spend those (stimulus) dollars," Brown said.

JPS Chief Financial Officer Sharolyn Miller said that the small portion that the district has already spent went mostly to after-school tutoring. In August, the JPS board approved plans to use $1.21 million to purchase 1,275 computers and software for special-needs students. Computers and other related technology will likely account for the largest single portion of the district's IDEA Part B spending, around 25 percent, Miller said, with the rest going to personnel, after-school tutorials, supplies, handicap-equipped buses and placement in private therapy programs.

While JPS has until September 2011 to spend its money, Miller said that she hopes to have the "great majority" of the district's funds spent by the end of the 2010.

Aside from the time restrictions on the stimulus dollars, districts also must comply with federal guidelines that the stimulus funds "supplement, not supplant" state funding. That requirement means that districts cannot use federal dollars to meet state minimum funding levels. For instance, a district must spend state funds to maintain the required 18-to-one student-teacher ratios in special-education classes before it can use the stimulus money for IDEA Part B.

Pete Smith, spokesman for the Mississippi Department of Education, said many districts took longer to spend their IDEA Part B allotments out of caution. After Hurricane Katrina, some districts made purchases with federal aid money that later had to be returned because they did not follow federal guidelines.

The stimulus package became law in February 2009, but districts did not receive their IDEA Part B allotments until July. MDE hosted an online information session for school districts on reporting requirements for IDEA Part B in September 2009.

Miller said that JPS lost time in allocating its funds while waiting for guidance on federal requirements for soliciting bids on its computer purchases, which differed from normal requirements.

"For us, that was kind of the thing we were waiting on, to make sure (that) what we did, we were doing correctly," Miller said.

Districts also had to weigh the relative merits of preserving employees and purchasing equipment.

Ellen Burnham, MDE's bureau director for data and fiscal management, said that some districts are changing their plans for spending the funds this fiscal year to address steep cuts in the state education budget.

"Originally, when they were allocated this money last July, they were doing a lot of big-ticket items like buses, network infrastructure, playgrounds for students with special needs (and) wheelchair swings." Burnham said. "This year ... we're seeing them switch some of that money into personnel, to make sure that they can hold on to their teacher assistants."

Districts that change their proposals for using the money must get state approval, however, a process that can take two weeks to a month. Burnham said that she expects those districts that have been lagging in spending the money to increase their expenditures by the end of the year.

"We're right now in the process of putting together some letters to superintendents saying that we notice it's a slow move on some of (their) monies," Burnham said.