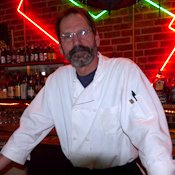 When Hal White was a child, the kitchen served as a gathering place for his family. After watching his aunt cook large pots of red beans and rice or gumbo, White remembers spending the day boating on Mary Walker Bayou in Gautier, Miss., with his family.

It's these experiences White points out as the roots behind Hal & Mal's, a restaurant and venue he created with his brother Malcolm 25 years ago.

"As a kid you're around it so much, it just falls into your lap," White says. "It's something I just enjoy doing."

White, 61, is originally from Perkinston, Miss., and attended Northeast Mississippi Community College where he received culinary training. The brothers dreamed up the concept of Hal & Mal's as a family-oriented venue. White attributes support from the community over the years as a major part of the business' success.

"It became a gathering place for so many people," White says.

In addition to hosting local and national music acts and charity events, Hal & Mal's is largely responsible for attracting the now 50,000-person crowd for the annual Mal's St. Paddy's Parade in March, one of the largest St. Patrick's Day events in the country.

"It grows every year, and it's the most amazing thing I've ever seen," he says.

White's work day usually starts at 7:30 a.m. and can go well into late hours of the night. Often his children Taylor, Brandi and Erica, and wife, Ann, accompany him in the kitchen.

"It has come full circle as a family, like we were hoping it would," he says.