Health Reform on the Way 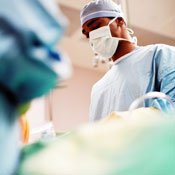 The Mississippi Primary Health Care Association and Health Help for Kids hosted a community forum last week featuring federal and state leaders who outlined some of the changes Mississippians could expect as a result of the new health-care legislation.

Each state will feature its own American Health Benefit Exchange, a program required by federal law to be up and running by January 2014, which will act as a marketplace for medical insurance. Mississippi Department of Insurance Senior Staff Attorney Aaron Sisk compared the exchanges to organizations like Expedia, Travelocity and Priceline, describing them as a "one-stop shop for health insurance."

In addition to offering a selection of insurance plans, however, the exchange will also certify and de-certify health plans, operate a toll-free hotline, maintain a website, and determine a customer's eligibility for government health plans such as Medicaid, the Children's Health Insurance Program or other state and federal plans. Exchanges must also calculate the actual costs of insurance plans after taking into account federal subsidies the government will offer individuals in exchange for buying into a health-insurance plan.

The federal government will provide Mississippi $1 million annually to plan and create its health insurance exchange.

The new law demands most Americans have some form of health-insurance coverage, either through a government program or through private insurance by 2014—the inception date of state exchanges. Not everyone has to buy health-insurance coverage, however. The new law expanded Medicaid coverage to those with incomes up to 133 percent of the Federal Poverty level ($14,404 for an individual and $29,326 for a family of four).

Sisk pointed out that federal subsidies will be available to taxpayers whose household incomes do not exceed 400 percent of the Federal Poverty Level. U.S. Department of Health spokesman Keith Maley said states will work with the federal government in setting up the subsidy scale, and added that no scale existed yet for Mississippi.

"Four-hundred percent of Federal Poverty Level is $88,000 (for a family of four), so with Mississippi's average income, a very large number of Mississippians will be eligible for some kind of subsidy," Sisk said, adding that the federal government will pay subsidies directly to the insurer, so they will translate as a lower monthly insurance bills rather than a check in the mail.

Also, if an employer does offer minimum insurance coverage, but one or more of their employees still receive a subsidy from the federal government, the employer could suffer an annual tax penalty of $3,000 per employee.

The law exempts small businesses, those employing fewer than 50 workers, from this penalty. Individuals who are not exempt from buying insurance, in comparison, must maintain essential insurance coverage or pay a $95-a-year penalty for each uncovered family member. That penalty increases to $695 a year per uncovered family member by 2016 and beyond.

Anton Gunn, the new regional director of the U.S. Department of Health and Human Services for the southern region, said the new law offers a host of legislative changes that carry many benefits to Mississippians, including 14,531 rebate checks for Medicare beneficiaries to pay for gaps in the infamous Medicare Part D "Donut Hole." This coverage gap in prescription drug plans temporarily forces enrollees to go from making co-payments on their prescription drugs to paying 100 percent of the costs.

Specifically in Mississippi, the new law also makes possible $924,818 in tax credits and grants to support new biomedical research for therapy, curing cancer and reducing long-term health-care costs. It will also provide $266,000 to the attorney general's office to create outreach and education programs for parents regarding expanded Medicaid and CHIP coverage.

In addition, the federal government is also paying the state $1.4 million for childhood home visiting programs, $400,000 to expand laboratories and health-information systems, $1.6 million to support state health centers, and $1.5 million for "nurse-managed health clinics," and invest $100,000 in HIV prevention and public-health activities.

The federal government will also provide the state $1 million specifically to "crack down" on unreasonable insurance premium increases, Gunn said. Maley said a state agency, most likely the state department Insurance, will monitor and vet proposed insurance price increases, and most likely will have a say in whether or not the increase is allowed.