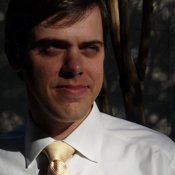 The Mississippi House of Representatives return to Jackson tomorrow to deal with the last remaining items of business in its 2010 legislative session, after a fierce battle over what several House Democrats are calling a pointless anti-abortion bill. House lawmakers came to the Capitol Saturday to deal with motions to reconsider on two major appropriations bills made in retaliation for Public Health Committee Chairman Rep. Steve Holland's refusal to bring an abortion funding bill before the committee.

Holland argues that federal law makes the state's opt-out bill pointless, and he refused to bring the bill up for a vote Friday. On Saturday, however, Holland was absent for a death in his family. Vice Chairman Rep. Omeria Scott, D-Laurel, was also absent. The next-highest ranking committee member, secretary Rep. Toby Barker, R-Hattiesburg, agreed to call up the bill in committee, where it passed and proceeded to the House floor. House members approved the bill on Saturday with a 75-32 vote. Rep. Rufus Straughter, D-Belzoni, held the bill on a motion to reconsider, which the House will likely dispose of when it reconvenes Wednesday.

Rep. John Mayo, D-Clarksdale, said on his blog that he voted in favor of the bill both in the committee and on the floor because "it's just not worth the effort to convince people that we already have laws to prohibit public money on abortions," but added that he was growing weary of "having to prove" this issue at every election year.

Barker told the Jackson Free Press that he did not intend for his vote to make President Obama look bad, as some House Democrats accuse, but argued that the new federal law allowed the states to opt out of the program.

"I think people saw this as unnecessary because we do have a state statute that deals with government funding of abortions. However, in the health-care legislation it says states can specifically opt out to allow the funds from any plan in health insurance exchanges to pay for abortions," Barker said.

Barker added that he thought the state's political entrenchment on abortion was not always productive.

"Representative Alyce Clarke from Jackson brought up a really good point. Over the last decade, she has introduced sex-education legislation every year, and every year it dies. I hate that this argument always gets pigeon-holed as just the 'pro-life, pro-choice' issue," Barker said. "People are going to see that issue differently. I think that there are deeper issues out there that we've really yet to come to terms with and (have) never really felt comfortable trying to have discussions on and address."

House lawmakers left the Capitol Friday after approving a pay cut for thousands of state, county and municipal employees. On Friday, Gov. Haley Barbour signed House Bill 1, the Legislature's response to Barbour's proposal to increase employee contributions to the state pension system, after the House passed the measure with an 81-to-39 vote and the Senate approved it with a 28-to-16 vote.

Barbour announced a special session within the regular session last Thursday to introduce HB 1, which forces government employees and K-12 and college teachers to pay 9 percent of their paychecks toward retirement, instead of the current 7.25 percent. Barbour claimed the proposal will save $56 million in the general fund and another $20 million in municipalities and county governments, and potentially save about 2,000 public jobs.

"While the employee's share hasn't changed since 1991, the state's share has gone up from 9.75 to 12 percent of their payroll, just since I've been governor," Barbour said at a press conference last week. "Part of this is about equity to the taxpayers, part of it is about protecting jobs, but the biggest part is to increase the income of the state pension plan to make sure it's healthy and can meet all its needs."

Employees currently pay 7.25 percent of their salaries into the retirement system, while state and local government employers pay 12 percent. By Barbour's estimate, an employee making $1,000 a month pays $72.50, while the state pays $120. The same employee will pay up to $90 while the state will keep its payment at $120, according to the governor.

Many Democrats grudgingly defended the bill as a means to keep the state retirement system afloat, while employee advocates complained of the lack of time Barbour allowed to address the retirement system without resorting to a pay cut.

"He announced the special session three hours before the session began, which didn't give anybody enough time to submit alternate proposals," said Brenda Scott, president of the Mississippi Alliance of State Employees. "Barbour announced the possibility of hiking employees' retirement last November, but it came up on short notice last week, probably on purpose. There wasn't time enough to have any hearings. He had legislators in a political bind."

The increase comes with a two-year expiration date, but Scott added that there was no guarantee legislators would remove the salary cut.

Again, MS Legislators attemp to deal with something that would violate what has already been established. Their time could be better spent trying to come up with ways to save education. They should be willing to give up 1/2 their salaries, cut out all of the extra sessions and work from home through conference. No one wants to hear anything about sex education in our schools and once these fertilized eggs become little people, the "great power structure" of this State is willing to see mothers suffer and more criticism against welfare. There is absolutely no one in line to adopt MS's black children, especially. The jail house feeding system is right there for private people in this state to make money off of the "lives" saved through their "right-to-life" positions. Why are there so many BIG HYPPOCRITS???????