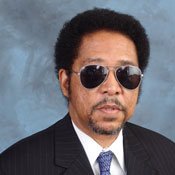 Courtesy National Federation for the Blind

Reverend Sam Gleese is the president of The National Federation for the Blind in Mississippi and coordinator for the Americans with Disabilities Act.

Reverend Sam Gleese is determined to educate people with disabilities. A soft spoken and humble man, he is the president of The National Federation for the Blind in Mississippi and coordinator for the Americans with Disabilities Act. "When I took over the federation in '86, there were only two chapters. As of right now, we have eight chapters across the state," Gleese says.

A Vicksburg native, Gleese, 63, was born with congenital cataracts, a hereditary defect that caused him to have limited disability. Despite his vision, Gleese graduated from Jackson State University in 1970 with a bachelor's degree in business administration. In 1979, Gleese's retinas detached, and a few weeks later he completely lost all of his vision. To cope with his disability, he enrolled in an adult training program at Hattie McBryde Center where learned Braille, how to use a cane and other daily life skills. Soon after, he and his wife, Vanessa, started their own tax preparation business.

In 1982, Gleese became a member of The National Federation for the Blind in Mississippi. "I found out about it through a mutual friend of another blind person who I had met while I was in training at the Hattie McBryde center. They got me involved in the state affiliates, and eventually nominated me to be state president," he says. In addition to his work with the NFB, Gleese became ordained minister in 1992. He now serves as senior associate minister at the College Hill Baptist Church in Jackson.

Gleese says that it was the Federation for the Blind that gave him a purpose to help others.

"It gave me the philosophy that taught me I can do whatever I want to do as long as I make up my mind and get the proper training," he says. "The philosophy … encourages you to live a normal life, and doing so puts you where you need to be. The greatest difficulty of the blind is the lack of information and understanding. People have that concept that blindness totally incapacitates a person."

Gleese has also worked as an independent living specialist with Living Independence for Everyone of central Mississippi, where he assisted adolescents with special care needs.

He says he stays motivated by the encouragement from his wife, the support of his former pastor, church family and friends.

The National Federation of the Blind is a nonprofit organization that works to integrate the blind into society and end disability discrimination through education and advocacy. For more information visit NFB's Website.