The 2009 JFP Interview with Rick Whitlow 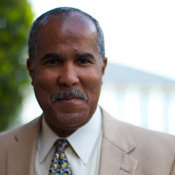 Former Houston Rocket Rick Whitlow has had his fingers in a little bit of everything. Whitlow made a name for himself as a TV and radio news and sports personality in Jackson. These days the insurance agent maintains a presence in the community, and has worked as executive director of the SafeCity Watch. Whitlow ran as a Republican in the 2005 mayoral election, but eventually joined the late Mayor Frank Melton's team as inter-governmental affairs coordinator, a position he held for only seven months.

• You put great emphasis on crime fighting in your campaign. Who are you considering for police chief?
(Malcolm) McMillin, former Police Chief Robert Johnson and (JPD Assistant Chief) Lee Vance. I want to get their feelings about the position. I've not spoken to (any) of them at this point. It would be premature to do so, but they are three people who come to mind when I consider the position.

• What do you expect out of your police chief? Is there an agenda you'd like to pursue?
Not really. Not beyond that they be law-abiding and have a good background in crime-fighting that includes community policing.

• Do we need more police?
I'm inclined to agree that we need more police. That's why I'd like to raise the morale and the standards of the police department, so that it becomes a desirable job. The Maple - Linder study prescribed 680 officers. That might be a bit ambitious because it would blow up the budget., but we do need more officers.

• How do we pay for them?
I believe we missed the boat in lobbying and being involved with the Legislature regarding payment in lieu of taxes.

• The cynic in me says PILT is hard to engage because the Legislature has no love for the city.
They don't like Jackson because we have not been particularly good stewards with the money that we have got. But this is a different day. We will restore confidence in Jackson. I will recognize and see where the tax dollars are going. That does not appear to have been the case in the past. We appear to have squandered a great deal of money over the years. That's the image that we've broadcast to legislators, not just in the state but all over the country.

• What do you say to the argument that legislators' are unwilling to engage in PILT payments because of race?
I'm afraid that might be true in some cases, but overall, I think people want to move beyond that, but they have to have some incentive to help the city and some confidence in the city. I won't be able to wave a magic wand and fix the racial issue, but one of my platform issues deals with racial reconciliation. If I had a cure for the racial issue, I'd be off to accept my Nobel Peace Prize already, but even though there's no magic fix, I do want to raise awareness on the issue.

I want to give those of good will the opportunity to step up and know that the mayor's office is with them. We have to get rid of this thinking that a city that is more than 75 percent black can't be managed properly. We're looking to end the culture of conflict, chaos and confusion. I have a non-ego-driven motivation. My decisions will not be driven by ego.

• What's another major goal?
Open government. I've been on both sides of this issue. I've been a media director and a reporter. I would develop a media and public relations department that would coordinate on media requests and distribute news. I would hold monthly press conferences with at least one department head, probably more depending on what was going on. I would write a state-of-the-city address every quarter to distribute to the media. I would put those monthly press conferences on PEG TV, and put the written quarterly state-of-the-city address on the city Web site.

• What are your plans for the city's roads and streets?
There are a lot of ways to get that done. Naturally, I don't know if you're going to get all potholes filled. You have to prioritize, be realistic and be able to pay for them. Payment in lieu of taxes would help us with a lot of these streets.

• Yeah, but in the event that we don't get PILT what are your alternate plans for financing paving?
I don't think other mayors have worked at it hard enough. In the meantime, while we're re-establishing those relationships, I will work to continue to try to expand the tax base …

• By swallowing Byram, right?
Ha. No, not yet. But we'll use the grants in a timely manner so that we're not wasting money. The stimulus money will likely make a difference, but you have to be timely with it, aware of it, know your grant writers are getting it and managing it properly.

• What's your take on city employee pay raises?
I'd like to see employees get a raise, but not through a blanket raise. I think merit raises are what are needed. The first thing I'll do as mayor is have an audit to find out where the money is, where its been and where it's going.

• Does it need to be handled internally or through an outside contractor?
I'm inclined, after what we've been through, to look for an external audit because you don't know what you're going to find when you open up the books. We need an impartial external auditor who has no skin at risk when the chips fall where they may. If we need to restructure the whole budget, we'll do it. I'm going to be a fiscal conservative. I'm not going to spend any time apologizing for it. There's an incredible amount of waste. I will identify it. There are things that I see that are very wasteful.

• Give me an example—that is unless you can't think of one that won't turn a city employee, and her family and friends and church members against your campaign.
When you put it like that, I suddenly can't think of one.

• Talk about the city's recycling program.
We had the green bins on the streets when I first got to Jackson, and I was happy with the program. I think of myself as an environmentalist—want to be cleaner, greener and more efficient. I want to talk to people with more ideas. From the mayor's office, you raise awareness to those issues.

• You'd flood the wetlands surrounding the Pearl River to create a lake? I thought you were an environmentalist?
But we can develop business and residential areas. There are cities that have created a river like the Pearl River so they can develop it.

• The Pearl River is mean. Are you sure you want to put houses and development right beside it?
We've seen what it could do, and it'll do it again if we don't work on it. All this (he gestures to the lobby of the Regency Hotel) has been underwater before. This is the anniversary of a great flood. I've spoken to developer John McGowan in great detail about it. I know there are some environmental issues with that, but it makes great sense to me to get everybody together and develop it and be sensitive to environmental issues.

• McGowan's opponents say it would be cheaper and faster to just fortify the incomplete levees surrounding the Pearl.
And I'd like to hear their opinions, too. They don't talk with each other. They talk at each other. I think there are enough brains there to satisfy all these entities. That's an example of the culture of chaos, conflict and confusion that I hope to end. I believe that I will be able to talk to (Rankin and Flowood mayors) and say, "Let's do something different" and get onboard with the same things.

• I thought the last mayor was pretty keen on the Two Lakes project. Melton came out strong for it.
But he was busy doing other things. It's easy to say it, but when you've made the choices that he made, you haven't had time to talk about the Two Lakes project. It's about governing and seeing what your authority is. You have to work this day-to-day, not just during elections. Take Lake Hico. There are environmental issues there as well, but you have this perfect 400-acre lake in your inner city. It's a cooling pond, and we'll have to get together with Entergy, but we should develop the area.

• Why are you an Independent this time?
I grew up a Democrat, got involved as a Republican and learned that I was an Independent. I think it's advantageous to be an Independent, but my move from the Republican label had nothing to do with the city's attitude toward Republicans. I learned in the last election that there are some wonderful things the Democratic Party believes in and some great things pressed by the Republican Party, and I want to bring the best of both parties. That party thing causes me to scratch my head. I just don't think local government has a place for party identification.