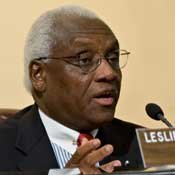 Council members voiced complaints Tuesday over a Senate bill allowing Jackson residents to approve a tax increase to fund the police and fire departments, pave streets and repair water and sewer systems. Senate Bill 3268, which could generate an estimated $21 million in new revenue, assigns a commission to approve any expenditure the city seeks to finance with the fund. Some council members point out that the commission is comprised of largely members nominated by the vague "local chamber of commerce," as well as those appointed by the lieutenant governor, the House speaker and the governor. They argue that none of these entities represents the city of Jackson.

Sen. John Horhn, through his campaign manager Jeff Bridges, said the "local chamber of commerce" cited in the bill would be the Jackson Chamber of Commerce, comprised of city business owners, rather than the larger Greater Jackson Chamber Partnership, a five-county chamber that Jackson critics say have little favor for the central city. Jackson Chamber Vice President Cynthia Buchanan said she did not know for sure if the Jackson Chamber would be the deciding entity in selecting the nominees, however, and said the organization would know in the coming weeks.

It is also unclear whether the commission will assemble and vote on the use of the money before or after a referendum vote—another possible problem for the city.

In the meantime, the council passed a resolution during its May 5 meeting "strongly urging" the Legislature to amend the bill to remove the establishment of the commission.

Council President Leslie McLemore said he had signed on to the bill, with its commission requirement, because the city needed the money. McLemore added, however, that the Hinds County delegation had requested the Tuesday resolution and that he had heard that House leadership may agree to remove the language though a future amendment.

Bridges said that "the only way the Legislature will support" the vote "is through management by a separate commission, just like we had for the convention center."

Jackson Police Officers Association President Juan Cloy warned that the council ran the risk of endangering a much-needed revenue source to the police and fire departments by changing the referendum.

"Have any of you actually talked to a police officer about this bill? ... I know quite a few people, and quite a few … police officers who basically are fed up with the council trying to run the citizens' lives," Cloy said.

Cloy then pointed out that legislators installed the commission because they did not trust the city to spend the new money wisely.

"Maybe you all need to sit down with them and find out why they don't trust you all to manage the funds, but something has got to change," Cloy told the council. "You can't keep taking food from the mouths of the police officers and firemen who are the watchdogs for the city's safety."

Firefighter union head A.J. Bryant echoed Cloy's concerns. "I'm afraid that if the bill is reintroduced in the Legislature, it will fail," he said. "Haley Barbour approved it. Surely the council can, too."

Senate Bill 3268 has already passed the Legislature, and the governor has signed it into law. The city now has five years to hold a referendum vote, despite the Tuesday resolution. However, legislators could still introduce a new bill or a bill amendment that could rescind the city's authority to hold the referendum anytime over that five-year period.