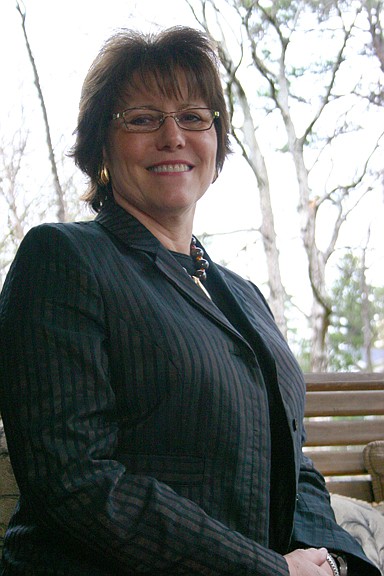 Merrill Tenney McKewen is a busy bee. While working as a project coordinator, events planner and/or fundraiser for more than a dozen non-profit clients, McKewen, who prefers you call her "Mo," has raised two daughtersErin and Augustataught at Murrah High School and Peeples Middle School, and volunteered for several community events.

"What I like to do is to bring unlikely people together to show them that they have more in common than they have differences," Mo says. The sixth-generation Mississippian and marathon woman (literally: she ran the Chicago Marathon in 2007) has accomplished this and more in the Jackson community.

While volunteering with the Junior League, she took on the task of coordinating a project with Grace House, a non-profit organization benefiting those living with HIV/AIDS. She worried that some of the League members would have reservations about working in direct contact with HIV/AIDS patients. She was happily surprised when the League decided that it must take the issue under their wing. Under Mo's guidance, the Junior League provided Grace House with meals and much-needed kitchen equipment.

"Since I was born, I've had this innate sense of fairness inside of me," she says.

Mo has been a consultant for the Mississippi Center for Justice, assisting impoverished Mississippians with legal troubles and striving to advance their causes.

One of Mo's dreams is to create "Blues Weekend," an extravagant event designed to expose some of Mississippi's most valued treasuressuch as the Mississippi Delta and the Gulf Coastto lawyers from across the nation who are interested in promoting racial and economic justice. This large undertaking seems monumental, but for Mo, this is right up her alley.

If you've ever attended Mistletoe Marketplace, Jubilee!JAM, or the Red Beans and Rice festival and thought to yourself, "Man, I'm having a blast," then you have Mo to thank. She has been lurking behind the scenes, grinding away to ensure everyone's experience is one to remember.

The 53-year-old University of Mississippi graduate says the secret to becoming a catalyst of change is to join the establishment and affect it from the inside, rather than throwing bricks at the building.

Although she lives a somewhat hectic life, Mo has connected with many people as she works toward becoming a source of change.

"You know, I always laugh and say I meant to leave, but I forgot to," Mo says of Mississippi.

Hopefully, she will be buzzing around Jackson for many years to come.