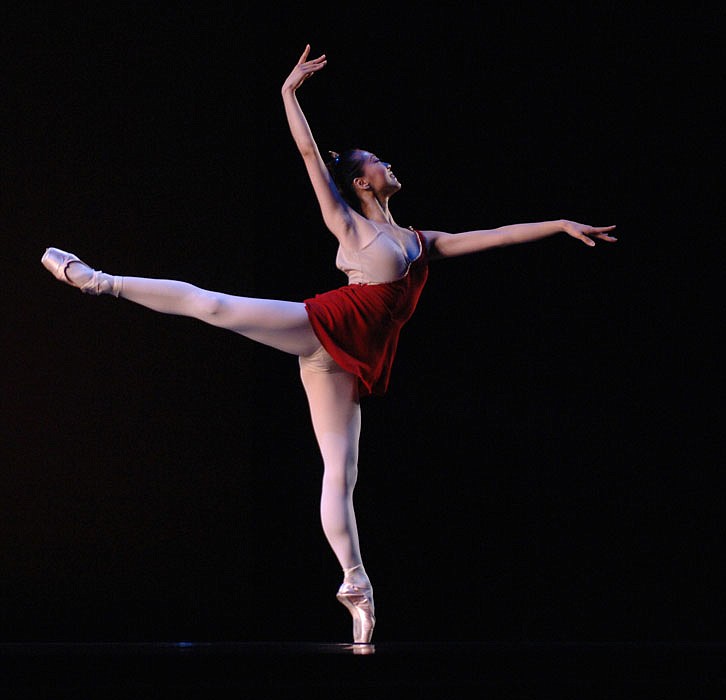 As a child, Carla Wall loved attending ballets with her grandmother in New York City. Her passion for dance grew deeper in 1979 when top-notch dance performances came to her, in the heart of the South. A theater aficionado and lifelong performing-arts supporter, the public-relations consultant has attended and volunteered for every USA International Ballet Competition in Jackson, even in June 1982, barely a month after her son was born. Wall's now-grown sons have always gone to the IBC, and they inherited their mom's appreciation for ballet.

Longtime Jacksonians like Wall nostalgically recall Thalia Mara's vision that brought world-renowned performing arts to their home. Through a huge community effort that involved more than 20 volunteer groups and lots of Southern hospitality, Jackson established itself as a ballet Mecca and has hosted ballet's version of the Olympics since 1979. During the past 29 years, acclaimed dancers have mesmerized audiences every four years at Jackson's IBC. On Saturday, July 12, a dozen dancers֖mostly medal winners from the '90s and '00s֖will return for a reunion gala to the place that launched their careers.

"The gala is a wonderful event that revisits past IBCs and gets people thinking about the 2010 competition," Wall says. "The truth is we feel like we know (the dancers). We don't always know them truly personally, but we feel that we know them because for those weeks that they're here, you have occasion to interact with them, speak with them and see them perform."

Wall follows the dancers' careers. She remembers opening up the New York Times in 1995 to see that Jose Carreño, a USA IBC grand prix winner, was the principal dancer at one of the best dance companies in the world, American Ballet Theatre.

Saturday's events commence with afternoon ballet classes taught by past IBC medal winners and gala performers. Brooklyn Mack and Adrienne Canterna will teach classical ballet and jazz workshops beginning at 11 a.m. and 1 p.m. for master-level students ages 14 and older. The gala continues at 7:30 p.m. in Thalia Mara Hall with an evening of 14 classical and contemporary ballet performances. Rasta Thomas, the 1998 Senior Gold winner, and Canterna, the 1998 Junior Gold winner, will perform "I'm Your Man."

"They came to Jackson 10 years ago as partners," says Sue Lobrano, executive director of USA IBC. "Now they're married, and they have a baby. It's a really neat story."

"It's not an overstatement to say you see some of the best dancing in the world at IBC," Wall says. "It's become quite a time of gathering for friends across the country֖a time when you just take off and think about dance. There's always something you can remember from those earlier performances, burned in your memory."

Both Wall and Peyton Prospere, a lawyer who has also attended every event since he began volunteering with his colleagues in 1979, agree that for any sports lover, IBC performances showcase incredible athleticism.

"For those interested in athletics, it really has an attraction. These dancers are extraordinarily talented as athletes as well as performing artists," says Prospere, adding that his love for watching IBC rivals his passion for University of Mississippi football games.

A glitter-and-glitz-themed after party at the Capital Club will conclude the reunion gala immediately following the evening performances.

"It's just exceptional food, totally complimentary beverages, and music for listening or dancing by the Earth Angels," Lobrano says. "These women are ... real showy with sequins and costumes. They don't just sing֖they put on a show. Then, the bonus is the dancers will be there. Sometimes they get on the dance floor. It's fun to watch them. They put on a whole other show and seeing them on stage versus up close is totally different."

Jacksonians excitedly anticipate the upcoming gala and its significance to USA IBC's history.

"I'm looking forward to the performance itself֖to renew this relationship we have with the dancers and see their growth," Prospere says. "They actually seem to enjoy returning to where they enjoyed success and the hospitality. It's like having old friends come back to town."

"Thalia Mara thought that Jackson was the perfect place for IBC because it was not so large that it would be just another thing happening in a big city," Lobrano says. "She was absolutely correct. When the IBC is in Jackson, everything is IBC."