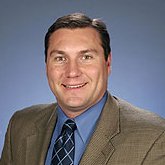 Dan Mullen will be officially introduced as Mississippi State's new football coach on Thursday. Mullen, 36, becomes the SEC's second-youngest head football coach. MSU will introduce him in a series of rallies around the state starting at 10 a.m. in Starkville and concluding in Jackson at 8 p.m. at the Mississippi Sports Hall of Fame and Museum.

Mullen is the offensive coordinator at Florida and has played a major role in the development of Heisman Trophy-winner Tim Tebow. Whether he will coach for the Gators in the BCS Championship is unclear. And ESPN is already wondering whether Mullen is the right fit at MSU.