On November 12, 2014, a hearing was held at the federal courthouse to argue that the state's banning of same-sex marriage unconstitutional. No ruling was made. 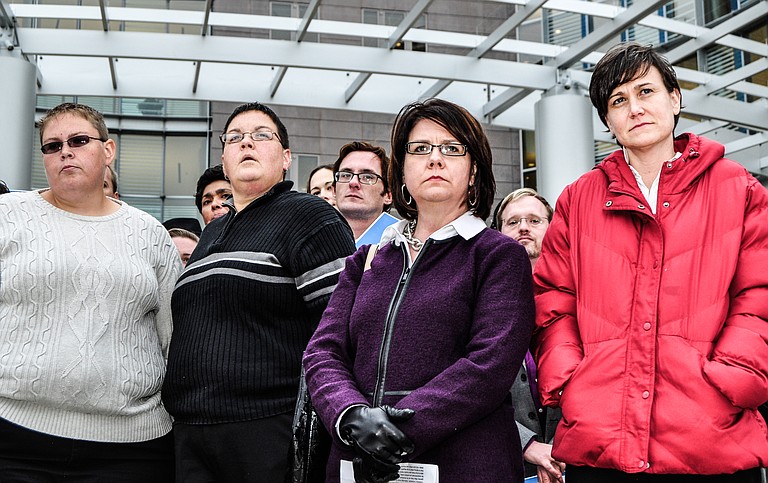 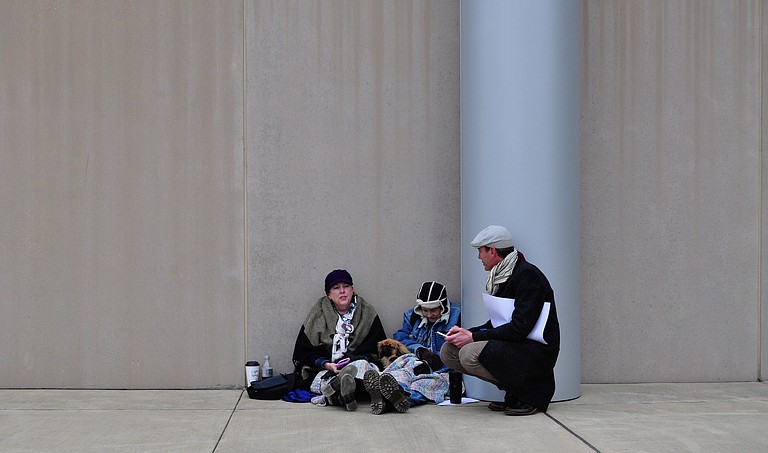 There were about a dozen supporters that came and went all day and some that stayed. Here, Eddie Outlaw speaks with (L to R) Charlene Smith-Smathers and Dee Smith-Smathers. They were married in Massachusetts in 2013. 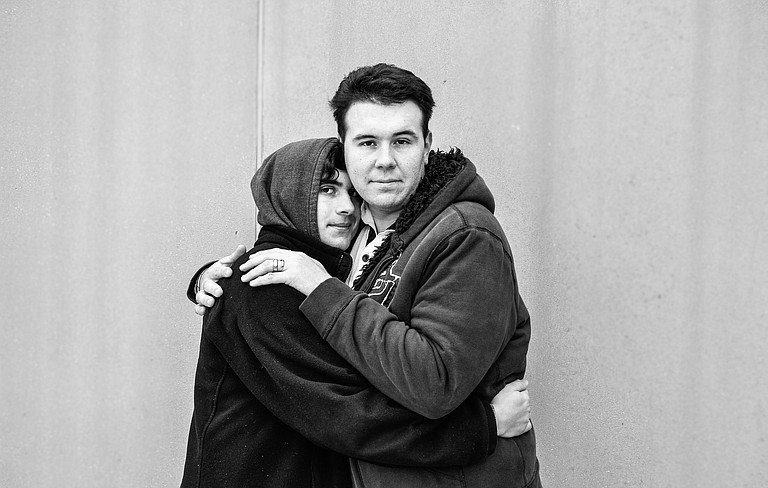 Kaylee Holland and Michael Buckley are from Laurel. They are engaged. 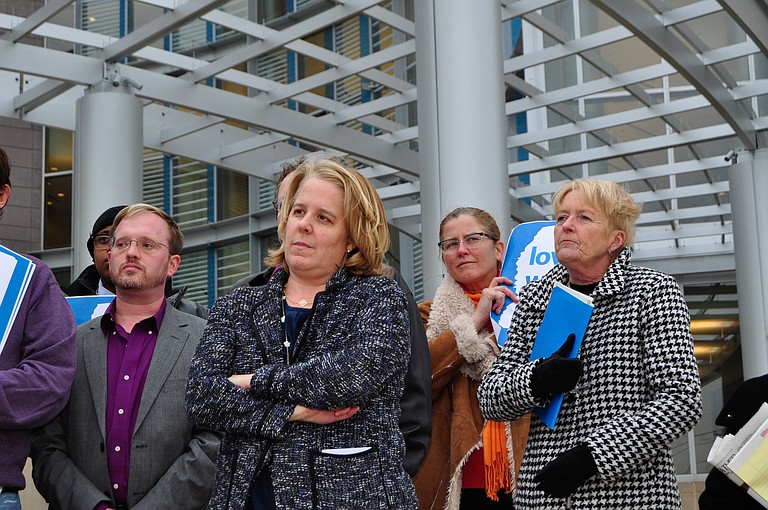 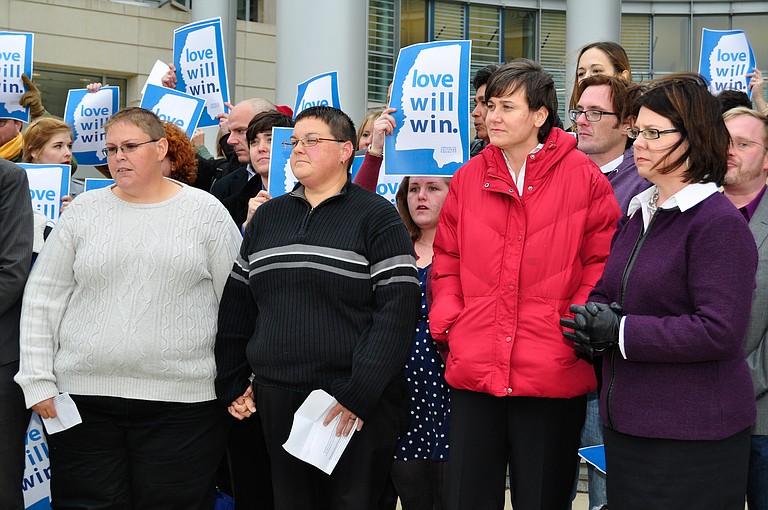 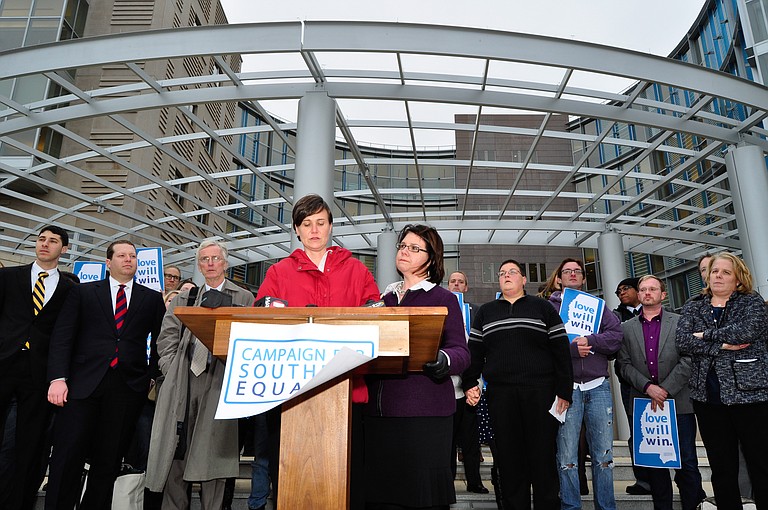 Carla Webb and Joce Pritchett address the media and supporters. 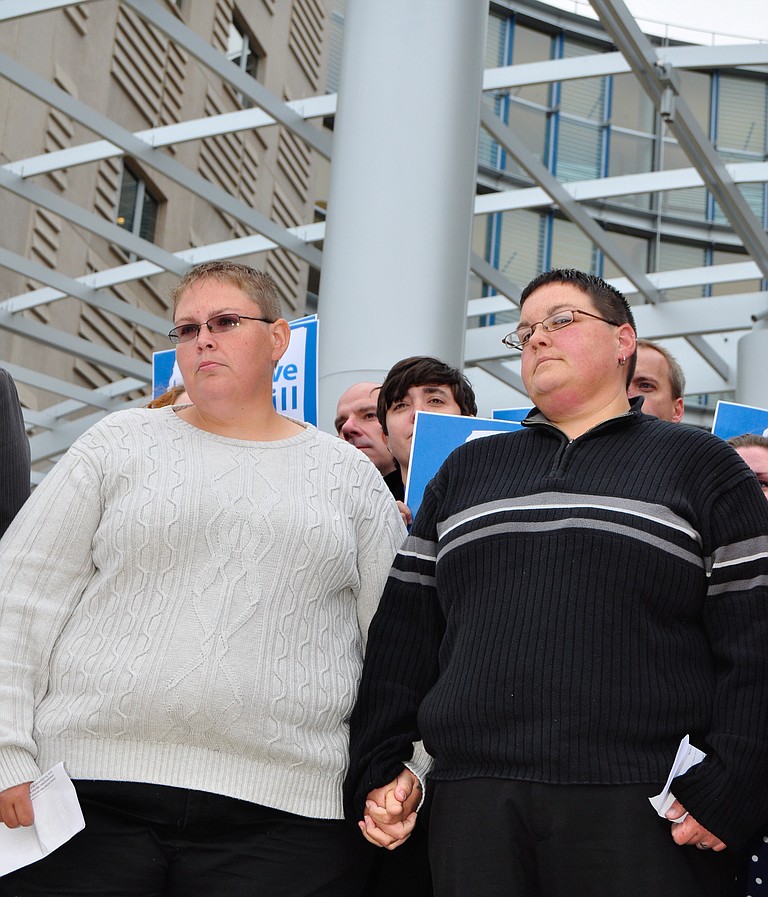 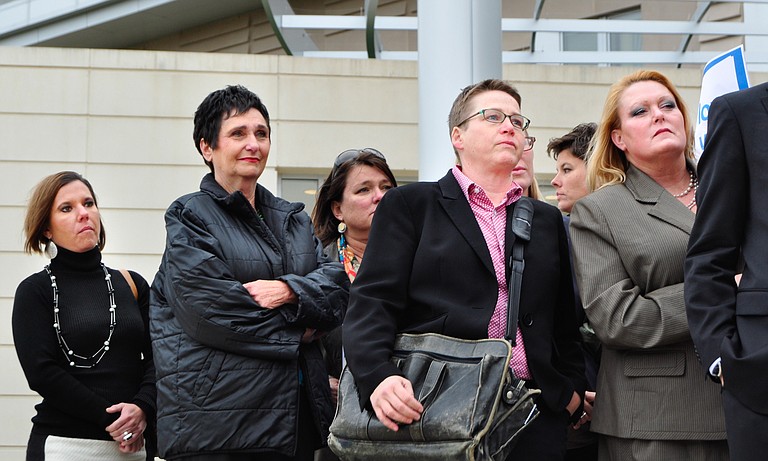 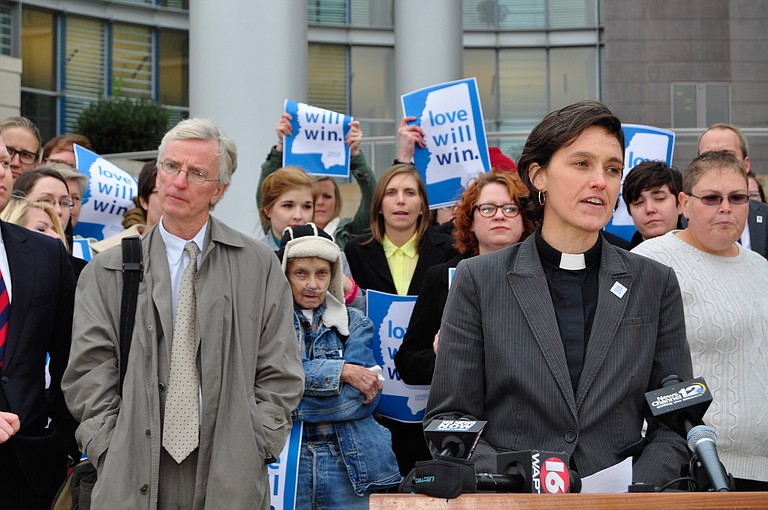 Executive director of the Campaign for Southern Equality, Rev. Jasmine Beach-Ferrara talks about why it's important to respect freedom of religion, however way it's practiced. 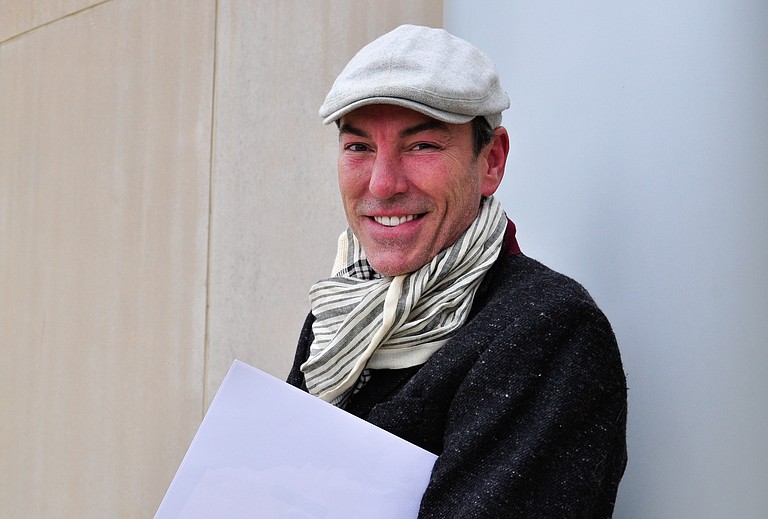