Hundreds gathered at the Jackson Convention Complex to say goodbye to the late Chowke Lumumba, our mayor. Various speakers told stories along with African rituals and songs. 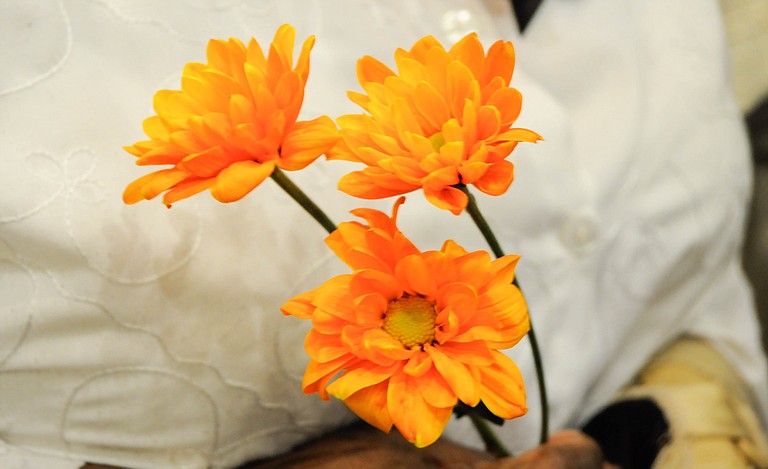 One of the rituals had dozens of people placing flowers at the front. 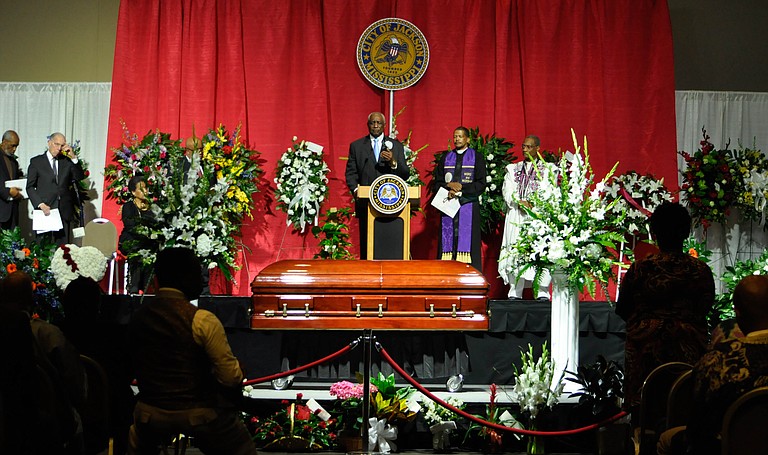 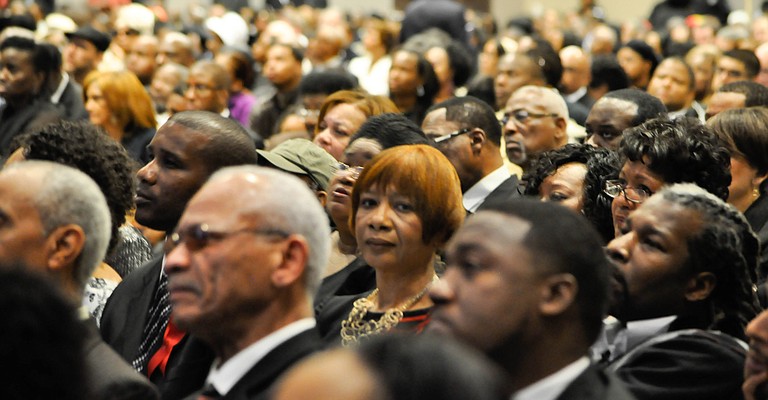 The crowd at the Jackson convention center. Hundreds came to show respect. 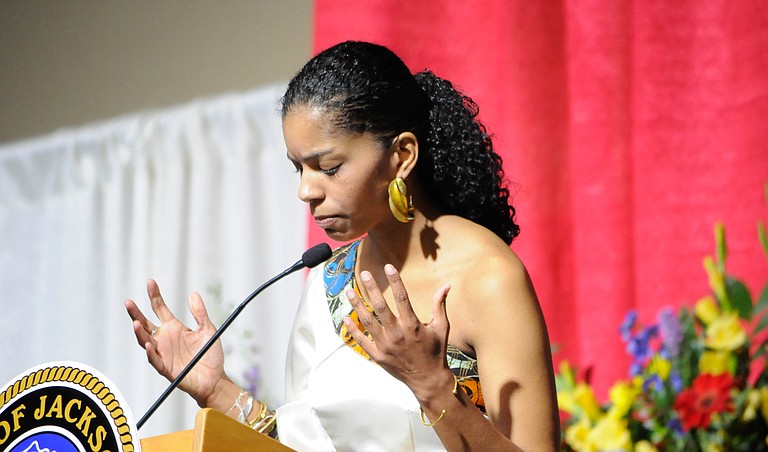 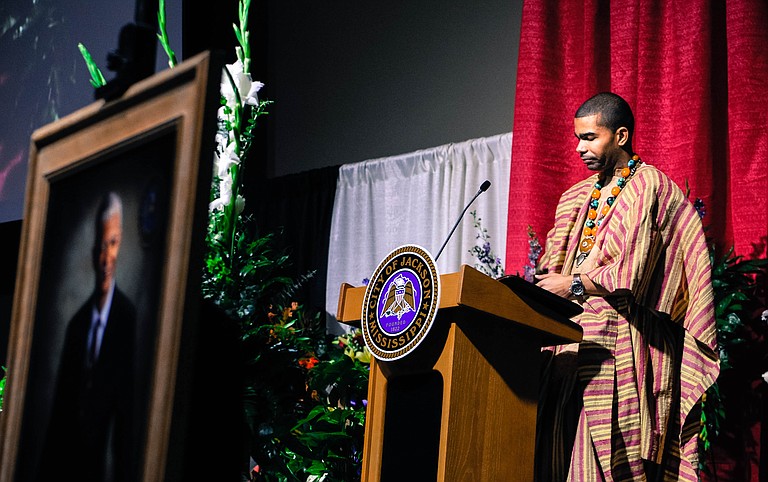 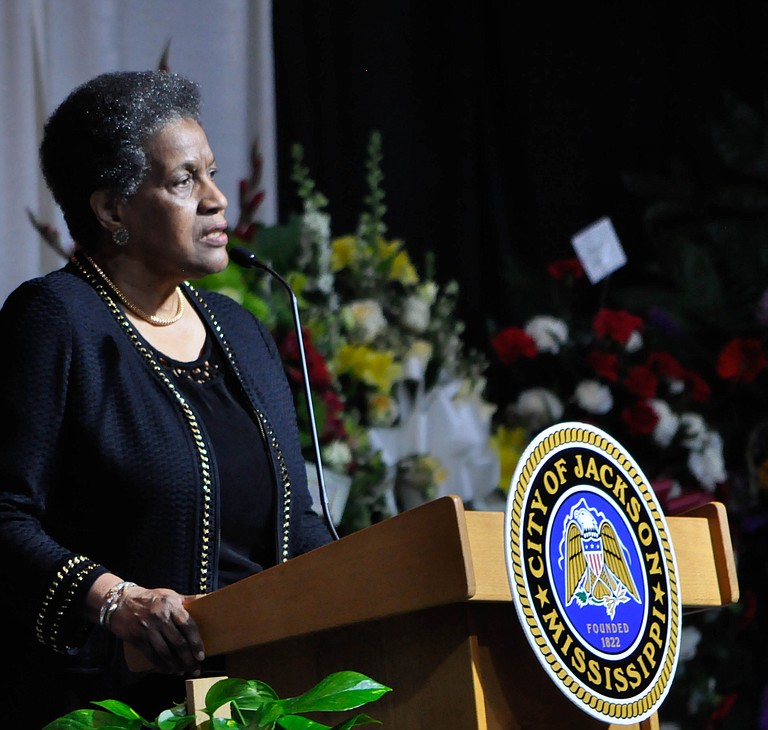 Myrlie Evers. "Goodnight, my friend. We will all see you in the morning." 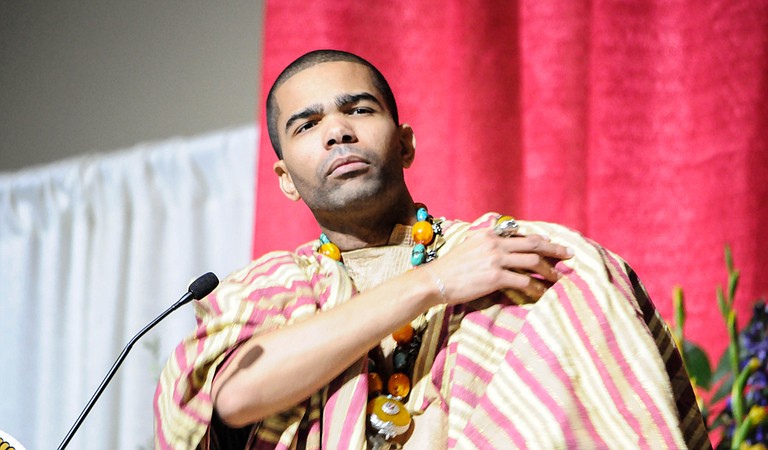 Chokwe Antar Lumumba delivered the eulogy along with his sister, Rukia Lumumba. 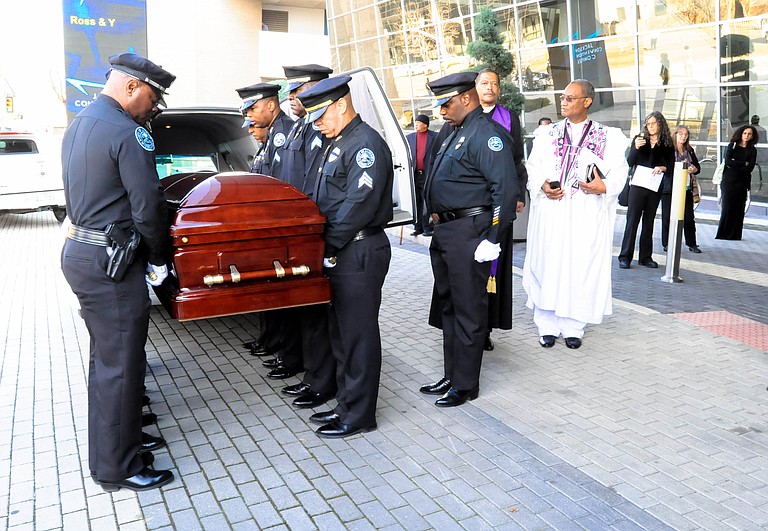 Jackson police officers carry the coffin and place it in the hearse before heading out to Autumn Woods. 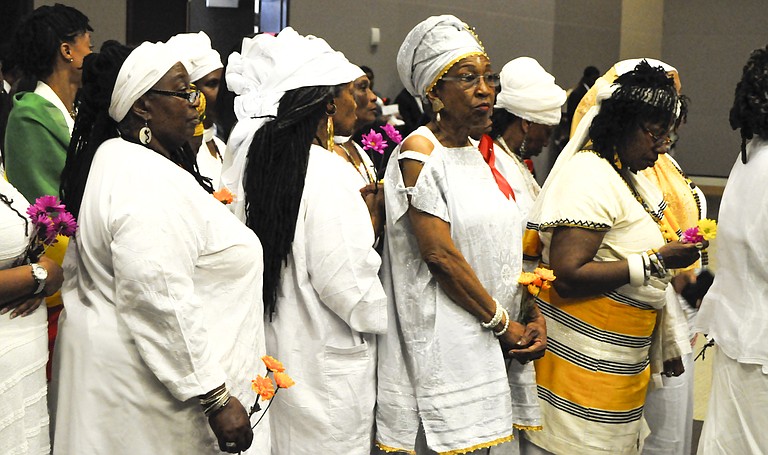 Women gather to place flowers at the front. 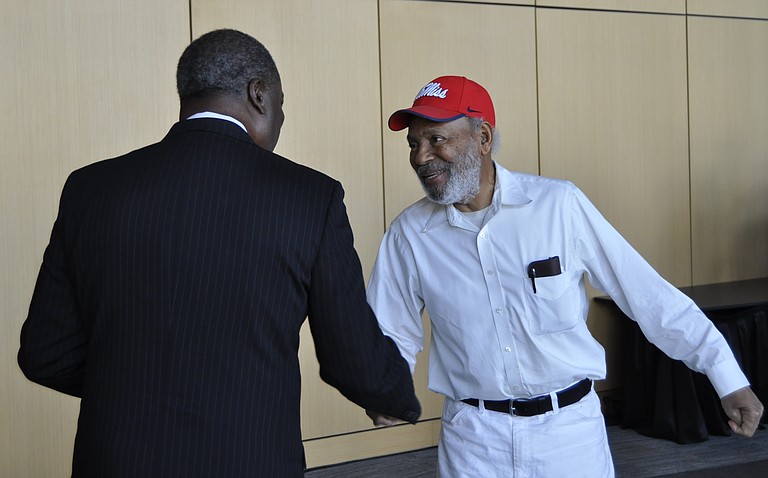 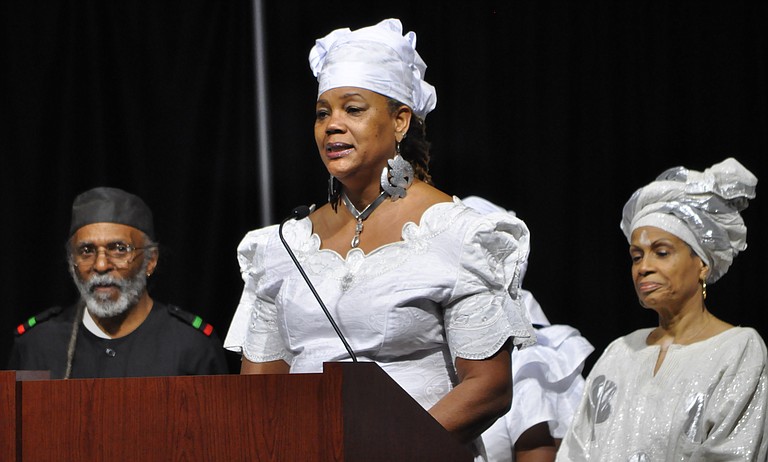 One of the rituals was the "Spices of Life" -- symbolic spices and an accompanying story. 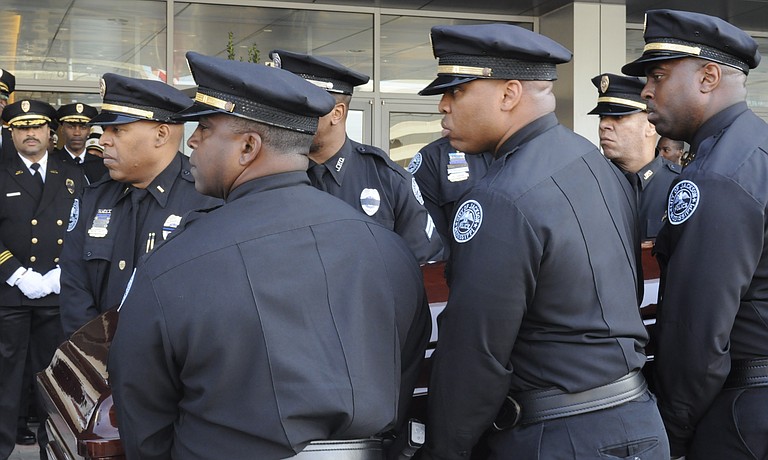 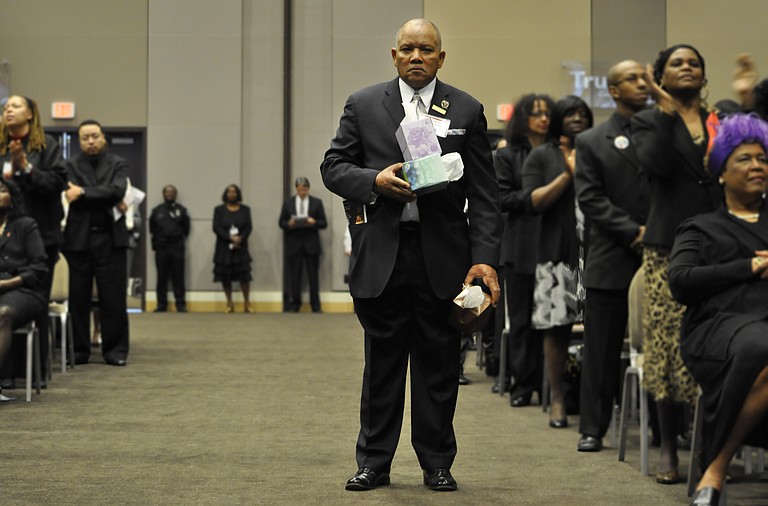 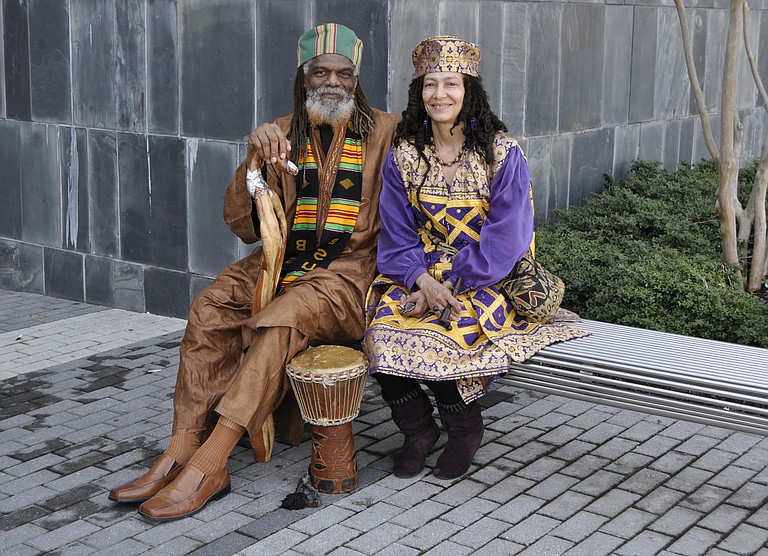 A decked-out couple takes in the nice weather outside. 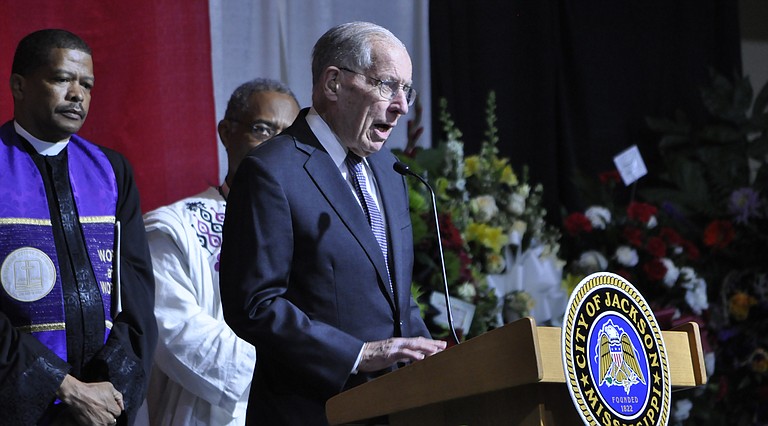