The Mississippi Museum of Art is displaying photographs from the Freedom Summer of 1964 in celebration of the 50th anniversary. 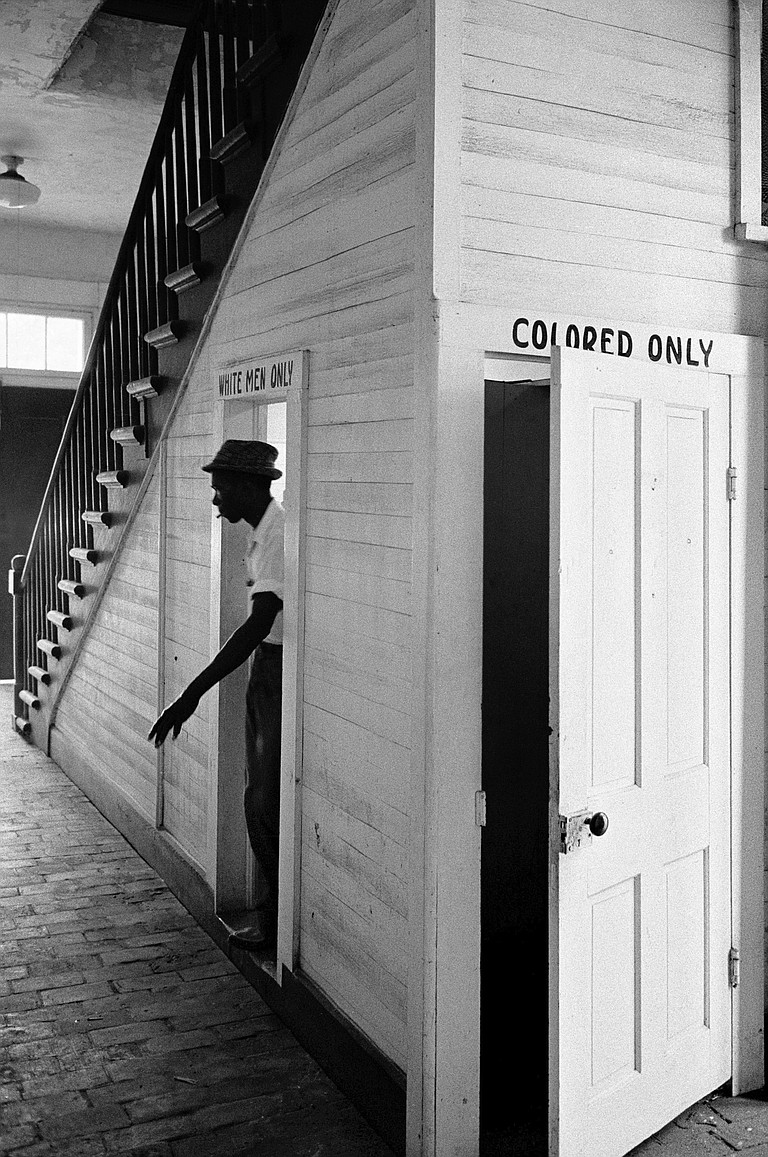 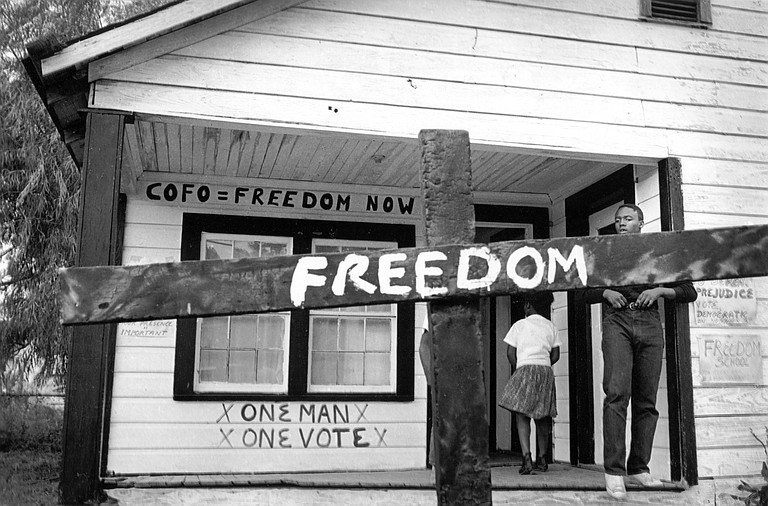 After the Ku Klux Klan burned this cross in front of a Mississippi Delta Freedom House, a civil rights worker transformed it with a painted message. 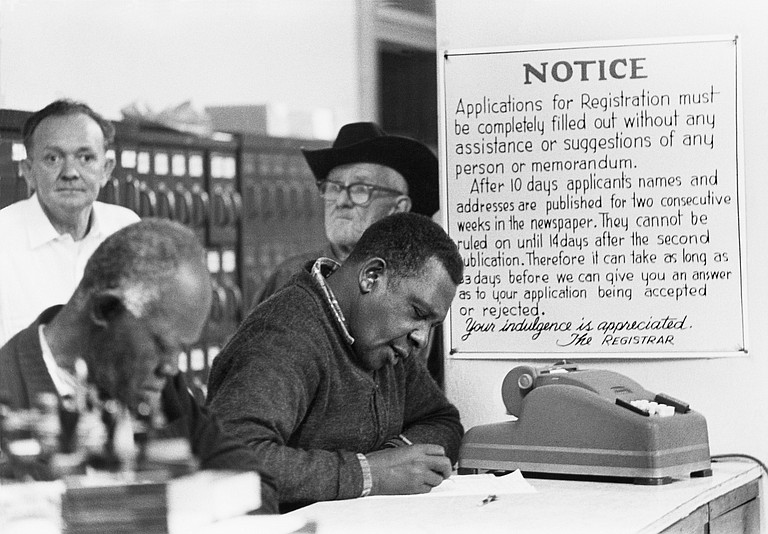 Black citizens fill out voter registration forms at the Forrest County Courthouse in 1964. The sign on the wall illustrates the ordeal of public exposure applicants faced, a tactic used to discourage black registration. Applicants could lose jobs or have their houses firebombed after their names were published in the local newspaper. 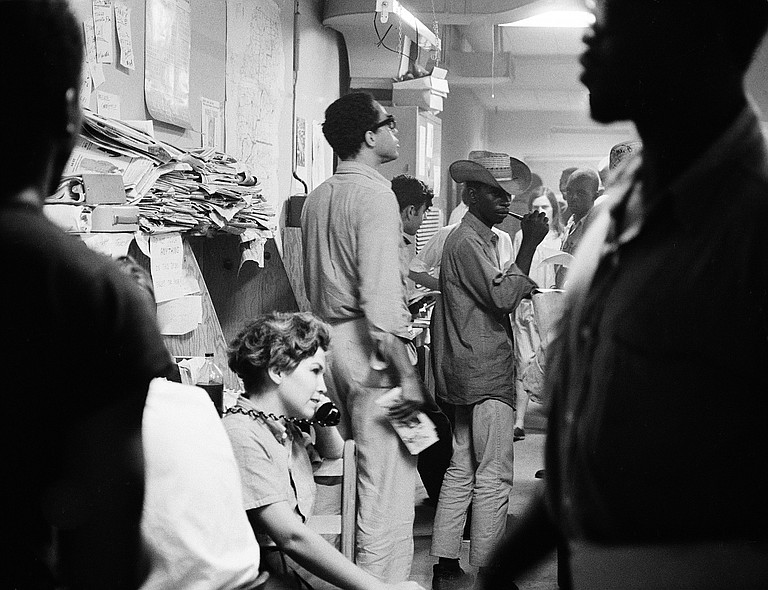 In this scene inside COFO’s state headquarters in Jackson on Lynch Street, Mary King, assistant to SNCC’s communications director, Julian Bond, is on the phone, talking to the media. After years of neglect, the COFO Center is now restored as an educational facility.