Chasing Ghosts at the JFP

The Delta Paranormal Project team stopped by the JFP offices to investigate any supernatural spookiness. 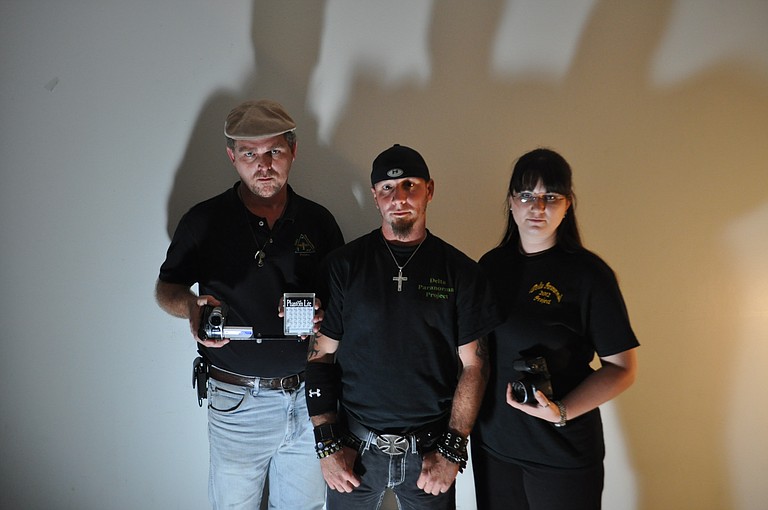 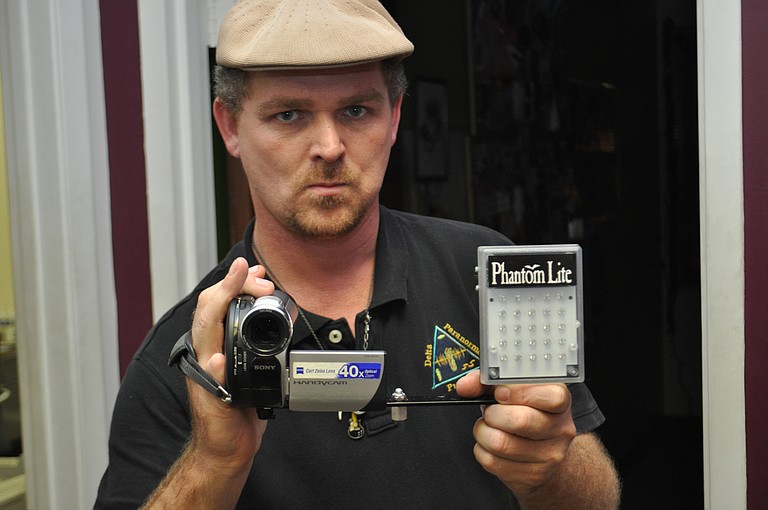 Rob Hood uses a digital camera and a nightvision enhancer (object to the right of the camera) to see in near-pitch perfect darkness. 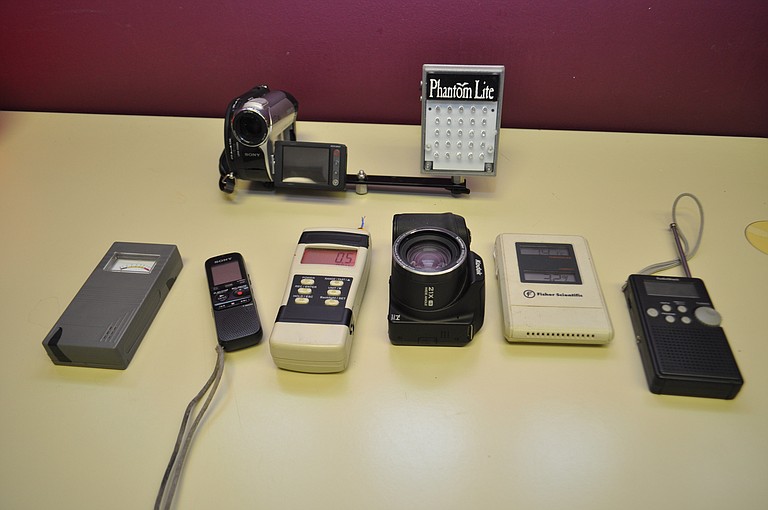 The equipment of the Delta Paranormal Project: Starting from the lower left is a Gauss EMF Meter , Sony Voice recorder , Mel-Meter(EMF Detector) , Digital Camera , temperature and humidity gauge , ghost box .  One the Top Is a Sony night vision Camera with a Phantom IR light . 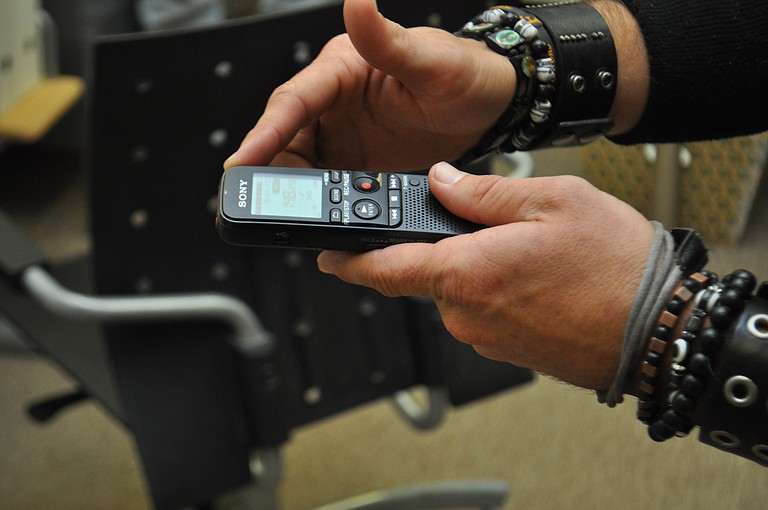 David Childers uses a small voice recorder that can pick up even the slightest noise. During this investigation, David addressed any spirit inhabiting the room to make it's presence known. David says that the device has been helpful in capturing voices upon examination later. 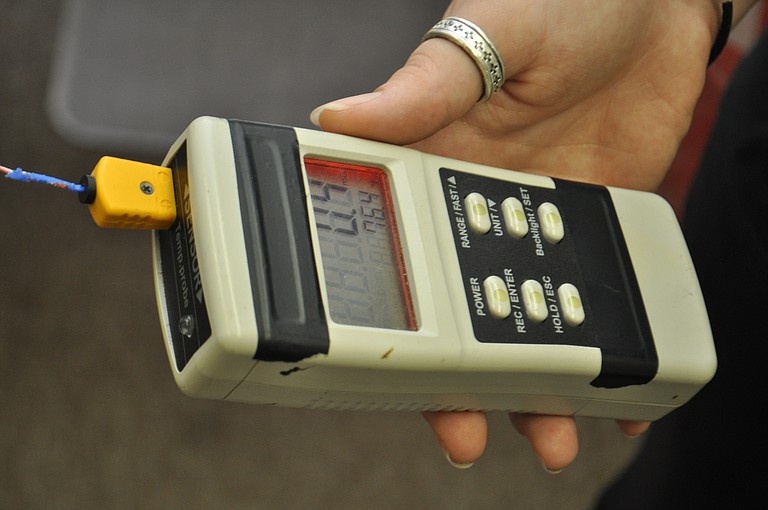 Kassie Kirby uses a digital thermometer to monitor room temperature in real-time. Kassie informs the group of sudden changes in the room's temperature. 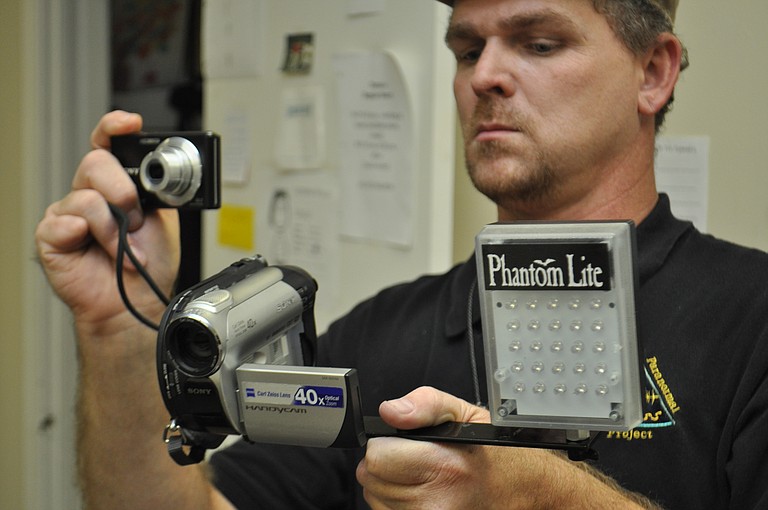 Rob Hood watches his cameras for anything unusual. 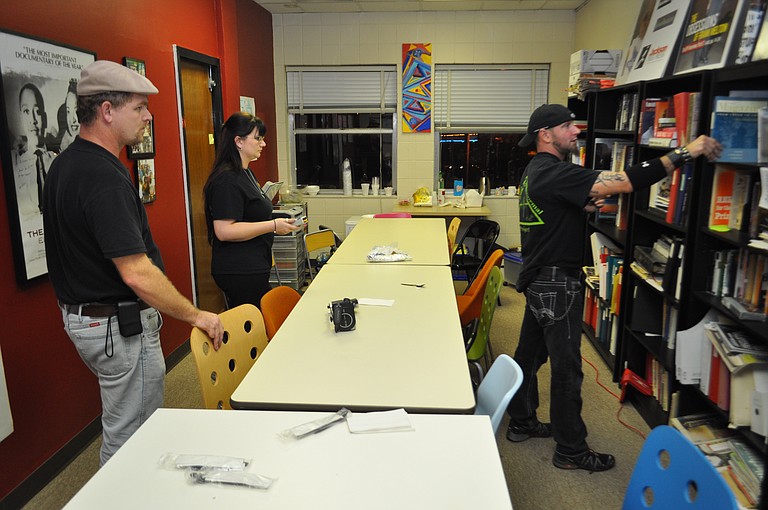 The team investigates the JFP classroom. David addresses any spirits that are in the room to move the book on the top shelf. 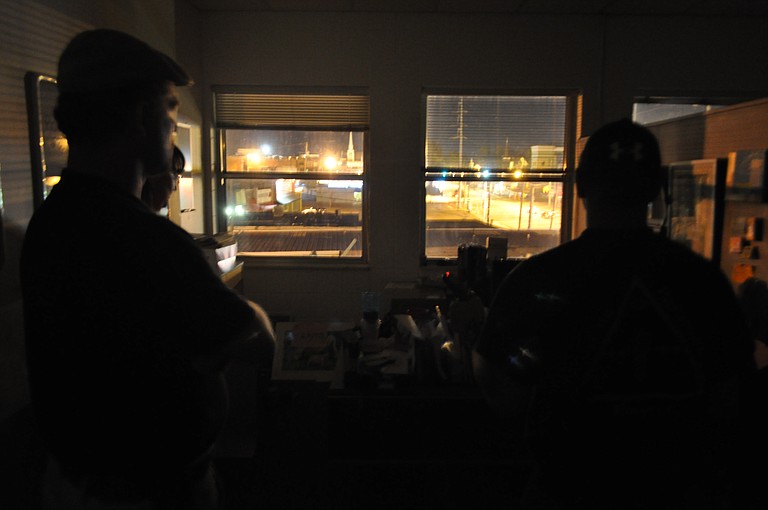 After investigating the rest of the floor, the team spends a great deal of time on the business side of the JFP. With the lights off, they feel more comfortable addressing any supernatural presences. [left to right: Rob Hood, Kassie Kirby, and David Childers]. 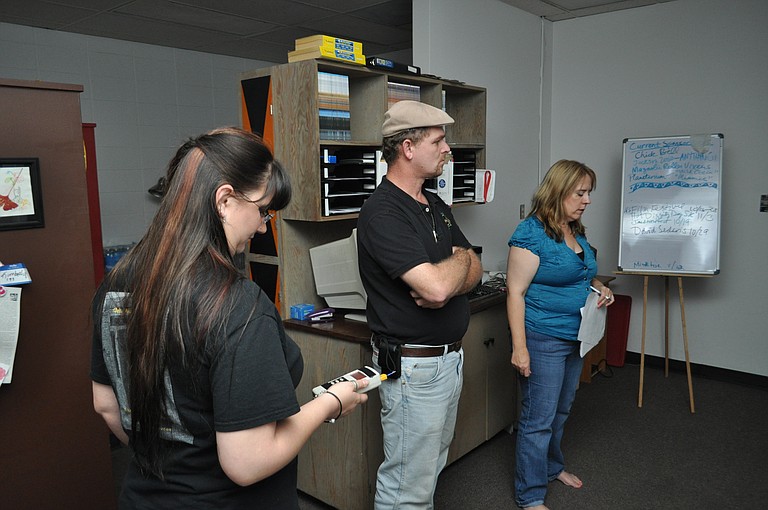 Pat Bullock Williams (far right) joins the team for a moment. She addresses the spirit of her father and asks if he is present. "Daddy? Are you here? I sure do miss you. I didn't realize how hard it would be without you until you were gone." [Kassie Kirby (far left) and Rob Hood]. 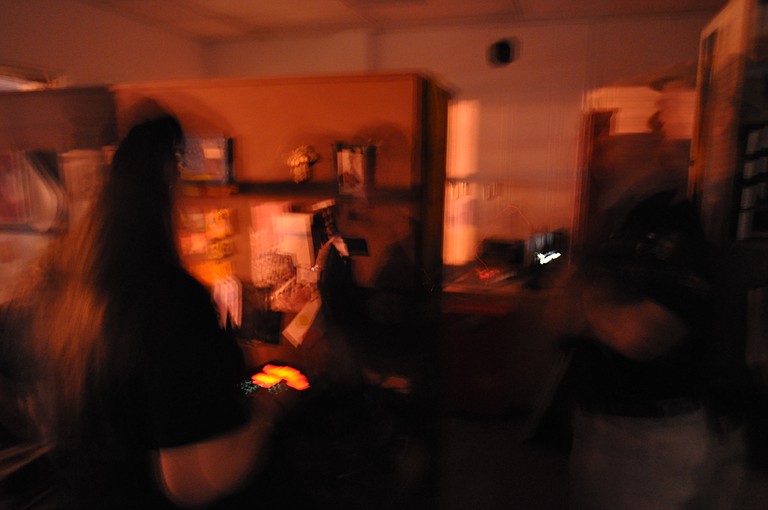 The team prefers to work with the lights off. During the course of the visit, they believe felt the presence of a spirit, but were unsure whether it was male or female. Several times Kassie Kirby (left) spoke so as to make the female presence become comfortable with her. 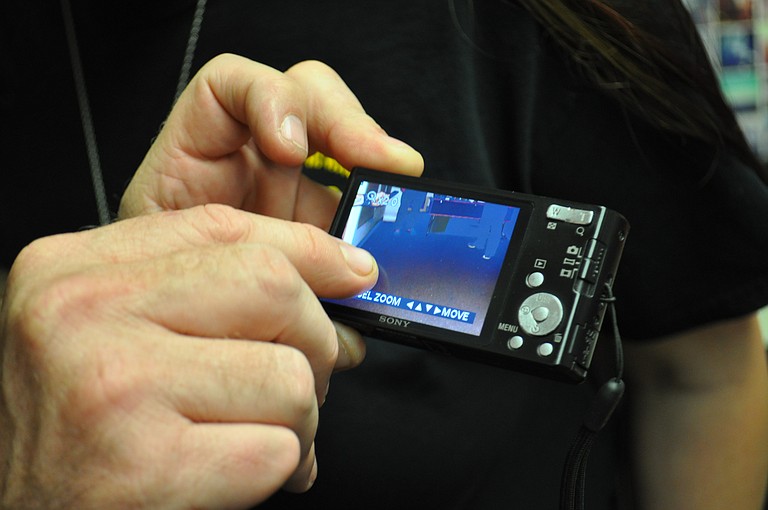 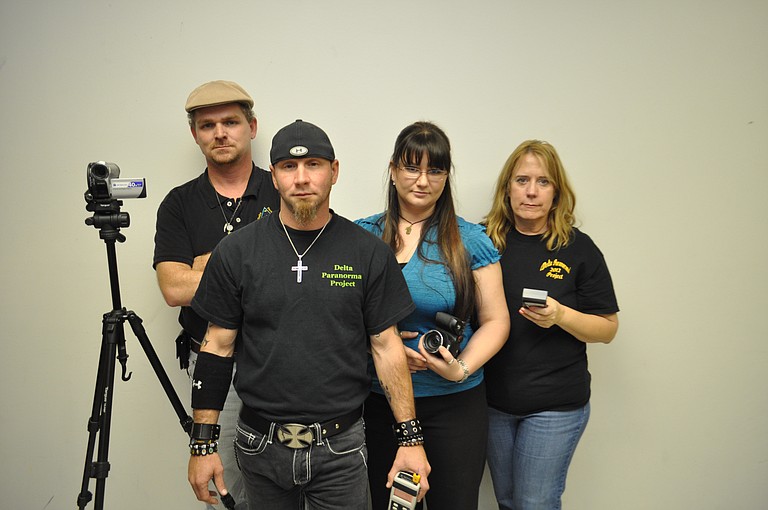