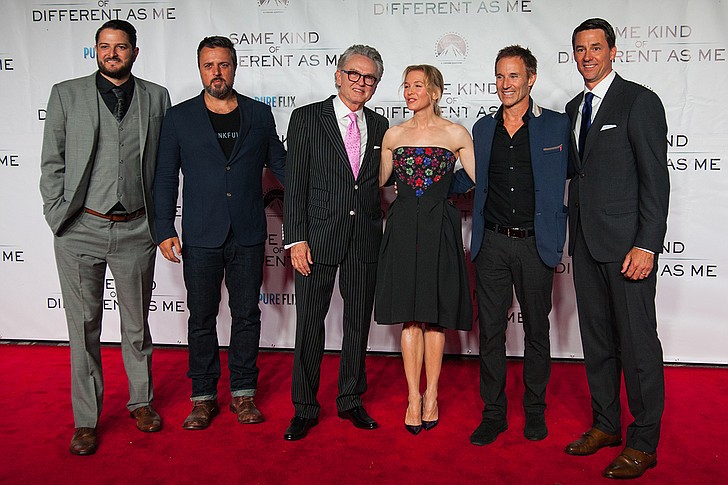 “Same Kind of Different As Me” executive producer and co-writer Alexander Foard, director Michael Carney, producer and co-writer Ron Hall, cast member Renée Zellweger, and producers Darren Moorman and Stephen Johnston pose for a photograph at the premiere of “Same Kind of Different as Me” on Thursday, Oct. 19, 2017, at Malco Grandview Cinema in Madison, Miss.