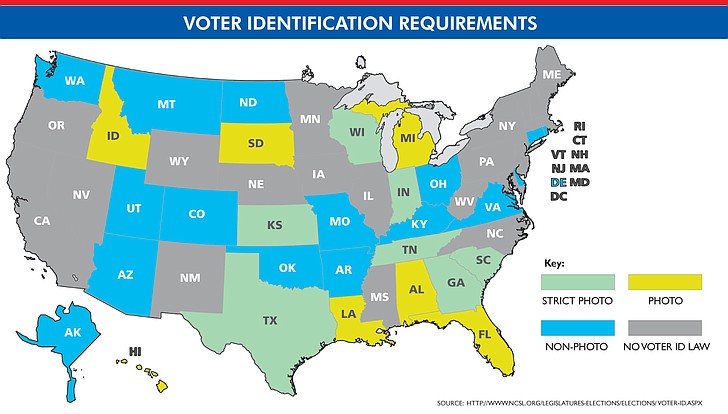 Thirty states have enacted laws that require citizens to present identification at the ballot box. With just over two months left before the Nov. 6 general election, it’s possible—although it appears less likely as Election Day draws near—that several more states could join that list. New Hampshire, Wisconsin and Mississippi all recently passed a voter ID law although the requirement has not bee implemented in any of those states. Mississippi, which has to obtain special permission to alter its voting laws, now awaits word from the U.S. Department of Justice on whether voter ID can take effect. The U.S. DOJ rejected voter ID in Texas and South Carolina. This map shows the nation’s 33 voter ID laws by strictness and whether the required voter ID must include a photo.