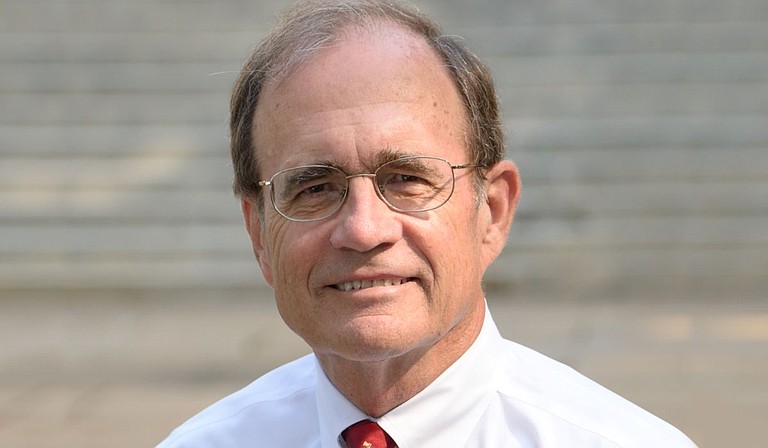 Mississippi Lt. Gov. Delbert Hosemann said Monday that he and other Senate leaders are pushing to suspend the state's gasoline tax for six months to give drivers a break as gas prices continue climbing. Photo courtesy Delbert Hosemann

JACKSON, Miss. (AP) — Mississippi Lt. Gov. Delbert Hosemann said Monday that he and other Senate leaders are pushing to suspend the state's gasoline tax for six months to give drivers a break as gas prices continue climbing.

Republicans control the state House and Senate by wide margins, but leaders of the two chambers disagree about proposals to reduce or eliminate the income tax.

The state gasoline tax is 18.4 cents per gallon, and money goes to the Mississippi Department of Transportation. Republican Hosemann proposes the state use money from a capital expense fund to give $215 million to the department to make up for the temporary loss of gas tax revenue.

“We can do that because we're having a very good year in Mississippi,” Hosemann said during a news conference.

Mississippi has enjoyed robust tax collections in recent months, partly because of federal spending during the COVID-19 pandemic.

House Speaker Philip Gunn and Gov. Tate Reeves, who are also Republicans, want the Legislature to phase out the state income tax.

House Ways and Means Committee Chairman Trey Lamar, a Republican from Senatobia, said the proposal to suspend the gas tax is a political gimmick.

“The taxpayers come off substantially better from the initial phase of our income tax cut and ultimately the elimination of the income tax than a one-time, temporary pause of the gas tax,” Lamar said Monday.

Legislators face deadlines late this month to agree on tax and budget bills for the year that begins July 1. The three-month regular session is scheduled to end April 3.

Gunn is pushing to phase out the entire state income tax. Hosemann says he wants to reduce but not eliminate the income tax.

Legislatures in several states are considering tax cuts this year.

The Mississippi House and Senate have passed separate tax cut proposals. Senate Bill 3164 would eliminate part of the income tax, while House Bill 531 would phase out the income tax over several years.

Both plans would reduce the 7% sales tax on groceries. The Senate plan includes one-time income tax rebates of $100 to $1,000, with larger rebates going to people with larger incomes.

Mississippi has a 7% sales tax on most other items. Senate leaders have opposed increasing the sales tax, and House leaders on Monday walked away from their proposal to increase it to 8.5%.

Senate Finance Committee Chairman Josh Harkins, a Republican from Brandon, said the latest Senate plan would give leaders a chance to consider more cuts if the state's economy is performing well in a few years.

Harkins also said of the Senate plan: “This would be the largest tax cut in Mississippi history."

The poorest Mississippi residents would see no gain from eliminating the income tax because they are not paying it now.