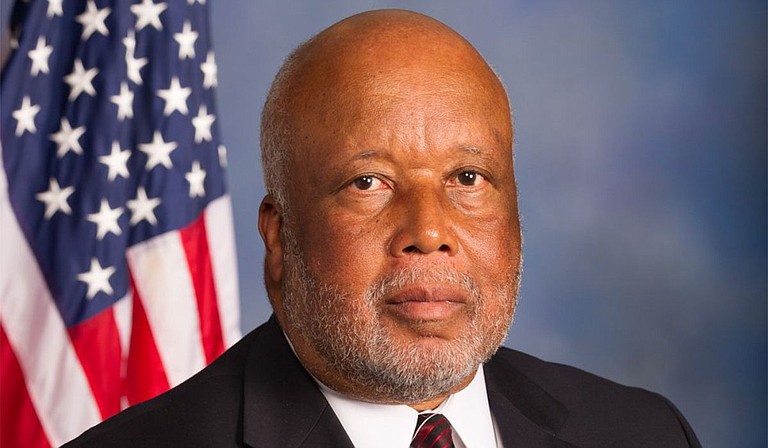 The redistricting plan expands the territory of the state’s only majority-Black U.S. House district because the 2020 census showed the district—the 2nd—lost population. But it does so in a way that the incumbent, Democratic Rep. Bennie Thompson, did not want. Photo courtesy U.S. House of Representatives

One Voice and Black Voters Matter Capacity Building Institute, which also advocate for policies to help Black residents, joined the Mississippi NAACP in filing the papers Friday. The three groups are trying to intervene in a longstanding lawsuit over how Mississippi draws its U.S. House districts.

In a response filed Monday, attorneys for Gov. Tate Reeves and Attorney General Lynn Fitch said the groups waited too long to try to get involved. They also said the groups are trying to raise new issues that would “improperly expand the scope of this case.”

The Republican governor on Jan. 24 signed House Bill 384, which redraws the boundaries of the state’s four congressional districts to account for changes in population during the past decade.

The redistricting plan expands the territory of the state’s only majority-Black U.S. House district because the 2020 census showed the district — the 2nd — lost population. But it does so in a way that the incumbent, Democratic Rep. Bennie Thompson, did not want.

Attorneys for the NAACP, One Voice and Black Voters Matter argued in their Friday filing that legislators set out to draw the 2nd District with a Black voting age population of about 61%.

“The State hit that target with surgical precision,” they wrote. “Doing so required packing thousands of Black Mississippians into a district that already elected a Black-preferred candidate by generous margins, splitting more counties than necessary, and drawing a line through the state capital. The foreseeable consequence of the State’s reliance on a racial target to pack CD 2 is the diminishment of Black political influence in the State’s other three Congressional districts.”

Legislators could not agree on redistricting plans after the 2000 or 2010 census counts, so federal judges drew the districts. They increased the 2nd District's Black voting age population, first to 59% and then to 61%.

Attorneys for the three groups argued Friday that a Black voting age population of about 54% would still make the 2nd District winnable for a Black candidate, while giving Black voters more influence in other districts.

Thompson is Mississippi’s longest-serving current member of Congress, having held the 2nd District seat since wining a 1993 special election. The district stretches through the Delta, southward along the Mississippi River and eastward into the capital, Jackson.

Thompson said he wanted to expand the district but still keep it relatively compact by taking in more of the densely populated Jackson metro area. That proposal is also favored by the state NAACP. Instead, the plan gives the 2nd District about 40% of the state’s landmass by moving four sparsely populated southwestern counties — Franklin, Adams, Wilkinson and Amite — into the 2nd District from the 3rd.

Legislators said the goal is for each of the four congressional districts to have about 740,020 residents. Officials are supposed to draw districts that are compact and contiguous and that maintain communities of interest. Ideally, the districts are not in odd shapes.