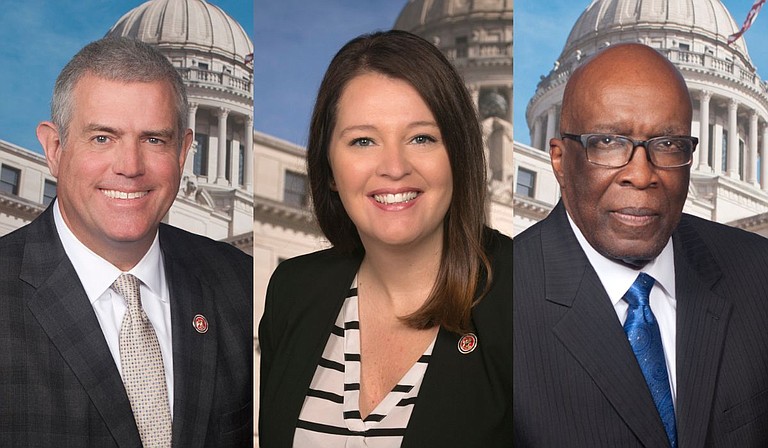 Mississippi government entities could not withhold services or refuse jobs to people who choose not to get vaccinated against COVID-19 under a bill that passed the Republican-controlled state House on Thursday. Photo courtesy Mississippi House of Representatives

JACKSON, Miss. (AP) — Mississippi government entities could not withhold services or refuse jobs to people who choose not to get vaccinated against COVID-19 under a bill that passed the Republican-controlled state House on Thursday.

House Bill 1509 also says private businesses and government entities could not require a COVID-19 vaccination for any employee who has a “sincerely held religious objection."

COVID-19 vaccine mandates have not been widespread in Mississippi, and the state has one of the lowest rates of vaccination against the virus in the United States. About 50% of eligible Mississippi residents have received at least two doses, according to a Mayo Clinic vaccine tracker. The national rate is 63.5%.

Public health officials say COVID-19 vaccinations do not always prevent illness but are effective at decreasing severe cases leading to hospitalization or death.

Mississippi House Public Health Committee Chairman Sam Mims of McComb, who is not a physician, argued for the bill Thursday. He said it would be up to employers to determine whether a worker’s objection is sincere.

“Maybe I missed something," Democratic Rep. Percy Watson of Hattiesburg said during the debate. "We are still in a pandemic aren't we?”

The 74-41 vote to pass the bill was largely along party lines. The only Democrat voting for it was Rep. Tom Miles of Forest.

The bill — sponsored by House Speaker Philip Gunn and several other Republicans — will move to the Senate for more work. Although the Senate is also controlled by Republicans, it's unclear whether the proposal will survive there.

Rep. Shanda Yates of Jackson, an independent, asked Mims if the bill would make businesses face the possibility of employment lawsuits.

“We're telling the citizens of Mississippi ... we believe in your religious ability, your religious rights, that you determine if you want to get this vaccine or not," he said.

Some other Republican-led states have enacted laws or are considering legislation that would ban COVID-19 vaccination mandates. Those efforts have largely been motivated by opposition to attempts by President Joe Biden's administration to require vaccinations or testing by some employers, health care providers and federal contractors.

The U.S. Supreme Court on Jan. 13 ruled that the Occupational Safety and Health Administration had overstepped its authority in trying to require workers at large companies to get vaccinated or face regular COVID-19 testing. OSHA withdrew the rule this week but still encourages workers to get vaccinated.

Mississippi Republican Gov. Tate Reeves has said repeatedly that he would not require state employees to be vaccinated against COVID-19.

Like other parts of the U.S., Mississippi has seen a sharp increase in COVID-19 cases in recent weeks because of the highly transmissible omicron variant of the virus. The numbers of people hospitalized with the virus also have increased.