‘Nobody Should be Under the Gun’: Jackson Council Rejects Third Garbage Contract 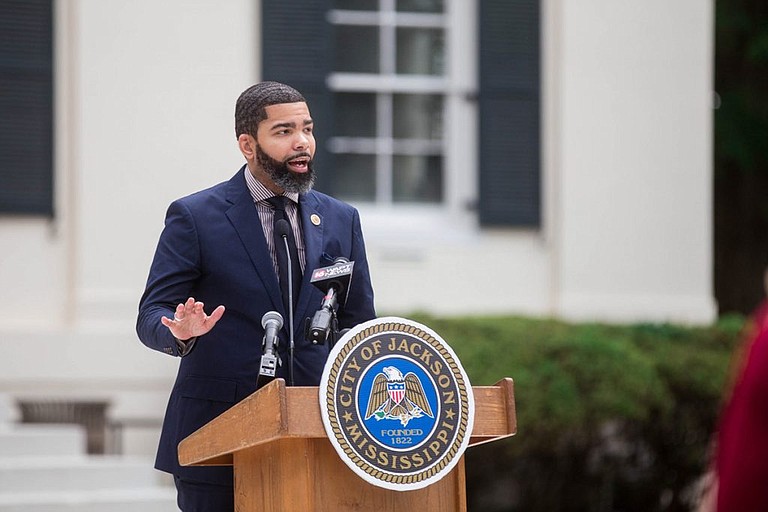 City of Jackson Mayor Chokwe A. Lumumba has presented three different garbage-disposal contracts to the city council in the last six months, and they have rejected them all. The latest is for Richard’s DIsposal, which the council, in a 4-2 vote, rejected on Tuesday, Jan. 18, 2022. Photo courtesy City of Jackson

Only 10 weeks to the end of the City of Jackson’s emergency garbage-disposal contract with Waste Management Inc., the Jackson City Council rejected Mayor Chokwe A. Lumumba’s request to approve Richard’s Disposal as the capital-city vendor this week. They voted 4-2 against a six-year deal with four yearly renewal options after that.

It marked the third time within six months that the council rejected a garbage contract, having twice voted down the FCC Environmental Services LCC bid in August 2021, necessitating the emergency contract after the regular contract lapsed Sept. 30, 2021.

City Attorney Catoria Martin had announced in December 2021 that the same companies that responded to the request for proposal earlier in 2021—FCC Environmental Services, Waste Management and Richard’s Disposal—also responded in the latest round that opened in October 2021.

Banks said in a phone interview Thursday that the mayor will now have to present another contract to the council. “He could go based on that scoring and negotiate with whomever he feels to bring whomever he wants,” he said.

The mayor presented the four alternatives in the October request-for-proposal and discussed how the vendors performed in each category during the council meeting on Tuesday, Jan. 11. The alternatives were weekly or biweekly garbage collection, with or without a 90-gallon cart for each family.

Lumumba submitted the contractors with the best bids for each alternative based on his administration’s analysis to the city council, with the vendors’ names withheld.

The council chose to embrace the twice-a-week option and asked the mayor to choose between them. Banks, at the meeting, argued that because of the difference in the technical presentation scores for both vendors (vendor 2 scoring 47.8 and vendor 3 scoring 57.6) and because the council was not privy to why they were different, it was best to leave it to the mayor.

The mayor decided to go with the vendor with the lowest cost, City Attorney Catoria Martin told the council Tuesday.

Justin Vicory, the mayor’s executive writer, informed the Mississippi Free Press in an email on Friday, Jan. 21, that the mayor would address the topic of what happens next during the upcoming city council meeting.

The mayor on Tuesday defended his choice of Richard’s Disposal. “This is the bid that won based on the way that the options went in the RFP; this is one of the two remaining vendors that came out from the recommendations of the council,” Lumumba said. “This is the lowest of the two remaining, providing not only the lowest bid but also bin and making provisions for those individuals that have disabilities.”

‘I Wish We Had More Time’

Before the vote, Councilman Hartley (who joined the Mississippi Free Press advisory board before running for office) remarked on how late the contract information arrived at the council. “I wish we had more time,” he said. “This is something that’s going to impact the citizens of our areas for the next, perhaps the next 10 years.”

“And we received this (contract that the council should vote on) yesterday (Monday), and the information about (the) company we received within the past hour,” he added. “And so it’s hard when it’s like that for the individuals to get the information that we will be saddling them with.”

Hartley said that he had received no communication from his constituents expressing an affinity for the garbage carts. However, Ward 4 Councilman Grizzell said his experience differs.

“In Ward 4 we have some great communities, we have some strong associations, and we are all in favor of moving the idea of the cart; we’ll welcome it,” Grizzell said. “Colleagues, I ask that you support the cart. Let’s not make a lot of noise about the cart because a lot of citizens are actually in favor of it.”

Lee, Hartley and Banks asked questions about the garbage cart that each family would receive from the vendor. Martin said that the proposal detailed that the vendors would have to make provisions for the disabled and the elderly who might not push the cart.

Alvin Richard, the owner of Richard’s Disposal, addressed the council after questions about the modality for replacing the carts if stolen.

“I have the contract for the City of New Orleans in area one, which I’ve been doing since 2006 to now,” Richard said of his resume. “I’m a minority participant in Baton Rouge (La.) with Republic Waste. And I collect 26,000 homes there. I’m collecting 74,000 homes in New Orleans.”

Councilman Banks on Tuesday commended the mayor for involving the council in the process. “He did not have to involve us in the RFP process, but he did, and that’s respectable,” he reiterated in the interview on Thursday.

He said that the council getting information about the vendor very late was a departure from the norm. “Usually what happens is the mayor selects the person according to the scores, and prior to bringing them to the council, they come, and they do a presentation,” he said. “(With) that, we have an opportunity to get more familiar with the company; we have the opportunity to review the company and to look at the recommendations; we have time to do that, and then we’d make a decision.”

“We didn’t get information on the company until within the hour of them coming up before us,” he added. “I believe that council members just take their vote seriously, and nobody should be under the gun of trying to make a vote because of something that we just get information on.”