Tameshia Shelton Is Serving Life for a Murder, But Could the Death Have Been Suicide? 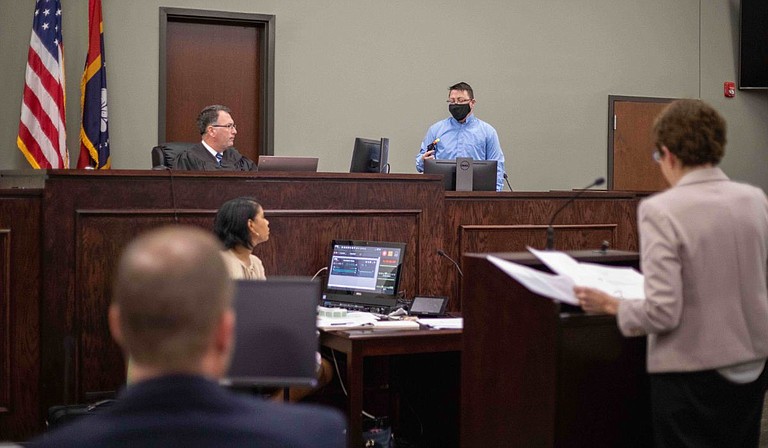 A hearing continues Tuesday to determine if a Clay County woman named Tameshia Shelton, serving a life sentence for the death of her sister’s boyfriend, will get a new trial. Photo courtesy MCIR

WEST POINT — A hearing continues Tuesday to determine if a Clay County woman, serving a life sentence for the death of her sister’s boyfriend, will get a new trial.

Seven years ago, a Clay County jury convicted Tameshia Shelton of murder in the shooting death of Danelle Young. Shelton, 43, won’t be eligible for parole until 2043, when she turns 65.

Her case has received little local attention but has been featured in national television shows such as Oxygen’s “Snapped.”

Her case for a new trial won support last month when the state’s pathologist reversed her ruling. 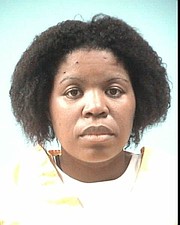 Forensic pathologist Dr. Liam Funte, previously known as Lisa, determined Young’s death in 2009 was a homicide, basing that decision on the trajectory of the bullet from the front of the chest to the back “without significant deviation to left or right.”

In a Dec. 6 hearing, Sandra Levick, legal director for the Mississippi Innocence Project, questioned Funte, who told the judge this was “an uncommon path in my experience at the time (2009). It was not something I had seen in suicidal deaths.”

In the years since, Funte has since seen similar paths in suicides, causing the pathologist to conclude Young’s death should have been ruled “undetermined” and that she was “leaning toward suicide.”

Shelton told authorities Young had knocked on the window of her trailer and asked for her gun, claiming he needed it to shoot a raccoon outside. She said she found him collapsed on the gravel driveway after he failed to return and called 911.

According to the autopsy report, Young died from a bullet fired from a small .22-caliber pistol that Shelton owned. Funte concluded the gun was fired from less than an inch away.

Under cross-examination by Special Assistant Attorney General Jackie Bost II, Funte acknowledged one scientific study showed that more than 82% of suicides by gunfire were shots to the head, while 16% were shots to the chest.

Other pathologists for the defense say Young’s death should have been ruled a suicide or undetermined.

At trial, Funte cited the lack of history that Young had suicidal thoughts or attempts, but said he had since seen impulsive suicides with no such history.

Asked how many suicides he had seen that were impulsive, Funte replied between 15% and 20%, with studies that put that number beyond 20%.

Bost asked, “So, four out of five suicides are not impulsive?”

Shelton has long maintained her innocence, but she remained authorities’ sole suspect in the six years following Young’s death.

The defense has pointed out that before he knocked on Shelton’s trailer, her younger sister, Katina, had just discussed her future with Young. She testified that she had told him she wasn’t going to move closer to him.

Shelton told authorities that Young requested her .22 pistol and that she loaded it and gave it to him.

Levick asked Funte if he found anything that supports homicide in Young’s death.

“No,” the pathologist replied.

Asked if he asked the state at the time for anything that supported homicide, Funte replied, “I did.”

“Did they provide anything to you?” Levick asked.

“They did not,” Funte replied. “The determination, in my experience, is that the manner of death is undetermined.”

In a brief to Circuit Judge James T. Kitchens, Bost pointed out that Funte testified at trial that suicide was “possible but not probable” and that the jury rejected the defense’s theory that Young’s death was not a homicide.

“It cannot be said that the jury would’ve likely found differently had Dr. Funte opined that {he} could not determine the manner of death,” Bost wrote.

He wrote that a “recanting expert witness is not per se grounds for a new trial,” citing a Mississippi Supreme Court case that concluded “recanted testimony is exceedingly unreliable, and is regarded with suspicion and skepticism.”

In an August hearing, Kitchens said Funte’s changed testimony “is probably the most damning to the conviction … That’s hard to get around.”

In her brief to Kitchens, Levick wrote that “no science supports Dr. Funte’s original determination that the manner of death of Danelle Young was homicide. … Other forensic pathologists attest that it was not. There … is no basis to continue to rely on (his) trial testimony now that (his) testimony has changed. It is not a question of credibility; it is a question of science.”

This story was produced by the Mississippi Center for Investigative Reporting, a nonprofit news organization that is exposing wrongdoing, educating and empowering Mississippians, and raising up the next generation of investigative reporters. Sign up for their newsletter here.