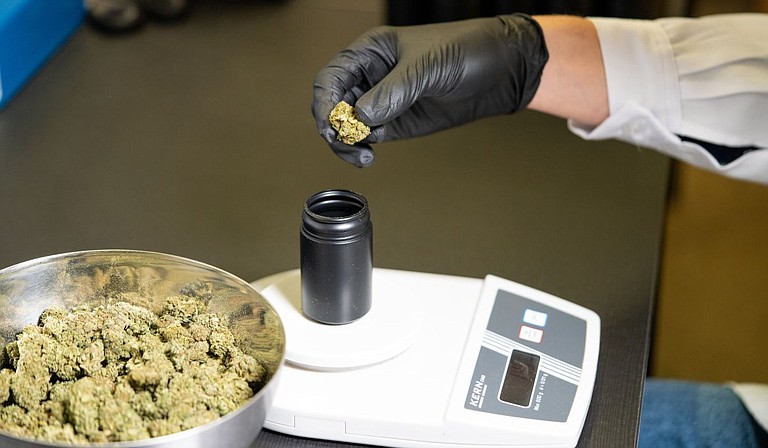 During the November 2020 election, Initiative 65 received 70% of Mississippians’ vote, promising the creation of Mississippi’s medical marijuana program. That program has been in legislative limbo since the state Supreme Court struck down the initiative last year, but recent progress in the state Legislature may mean the program soon gets back on track. Photo courtesy Crystalweed Cannabis on Unsplash

Mississippi’s beleaguered medical marijuana program moved closer to completion this week, after the Mississippi House of Representatives voted 104-14 to pass a revision of the state Senate’s more restrictive version of the program. The most recent revision contains more restrictive language than previous iterations, however, as well as decreased daily allowances for patients.

Under this most current revision, the number of qualifying ailments has technically grown from 22 to 28, but doctors may no longer prescribe marijuana for additional ailments at their discretion—any request for an illness not specifically identified within the bill must gain approval through the Mississippi State Department of Health.

In addition to those ailments, certain chronic conditions also qualify under the program. These include “cachexia or wasting syndrome, chronic pain, severe or intractable nausea, seizures, or severe and persistent muscle spasms, including, but not limited to, those characteristic of multiple sclerosis.”

The daily amount of marijuana available to patients has also decreased from four ounces per day, seven days per week, to three and a half ounces for only six days per week. That change comes amid comments from Gov. Tate Reeves, who urged lawmakers to reduce daily limits to prevent a medical program from becoming recreational.

“If you disagree, I respect your opinion,” Reeves said in his Dec. 28 Facebook post. “We can sit down five years from now and take a thorough review of the actual outcomes. But—as the dad of three daughters that I love dearly—I cannot put my name on a bill that puts that much marijuana on the streets of Mississippi.”

Several amendments failed to pass during discussions, including a proposal to allow outdoor farming instead of only strict indoor farming.

“This is the biggest cash crop since king cotton,” Rep. Omeria Scott, D-Laurel, said of the program’s potential revenue.

In that case, House opposition to the amendment included concerns over quality control and difficulty in controlling outdoor security.

The House also removed the program from being under the jurisdiction of the Mississippi Department of Agriculture and Commerce, at MDAC Commissioner Andy Gipson’s request.

“It's not what my oath of office required, and it's not what the people in Mississippi elected me to do, to be the marijuana kingpin of the state of Mississippi," Gipson said in a September press briefing on the issue. "That's just not what we do at the Department of Agriculture."

“I appreciate the House Drug Policy Committee removing MDAC from the medical marijuana bill,” Gipson said in a Tweet yesterday.

Initially required to be in place by mid-2021 under voter-passed Initiative 65, the state Supreme Court struck down the initiative last May due to a technical flaw within the state’s redistricting laws, while a lack of parallel legislation effectively made the program dead in the water.

The recently passed House version of the bill must now go back to the Senate for consideration.