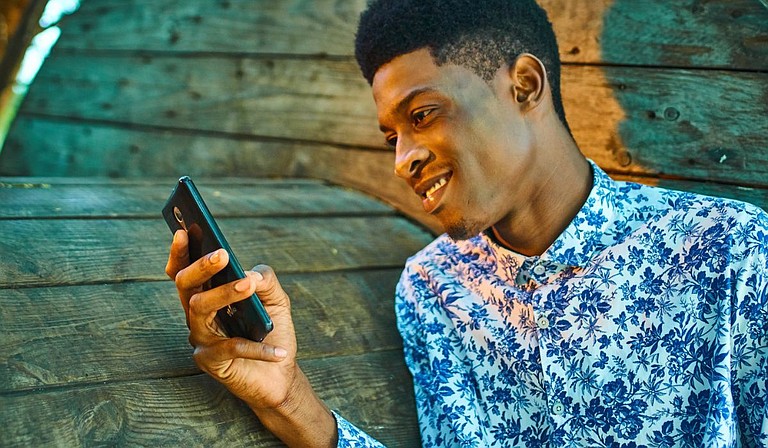 When Jackson native Warn Wilson Jr. decided to make a trivia game, he knew he wanted to include questions about his hometown and test the knowledge of residents and people with ties to the city. Photo courtesy Francisco Venancio

JACKSON, Miss. (AP) — When Jackson native Warn Wilson Jr. decided to make a trivia game, he knew he wanted to include questions about his hometown and test the knowledge of residents and people with ties to the city.

Two years ago, he made the trivia game, Na Bruh, as a card game with 150 questions. He designed a logo and visited a few popup shops in Jackson and Memphis to spread the word about the game, but Wilson wanted to take it to the next level.

Last year, he tapped into his background in science, technology, engineering and mathematics and found a solution: Make the game into an app.

Wilson worked with a developer to create the app. It includes 5,000 trivia questions and 12 categories, including cities, music, decades and sports.

Jackson has its own category and includes questions like these:

-There is a well-known extinct volcano in Jackson. Where is it located? Answer: Under the Mississippi Coliseum

-The late Mayor Chokwe Lumumba was once the lawyer for which famous hip hop artist? Answer: Tupac Shakur

To make questions for the Jackson trivia category, Wilson drew from his own knowledge from growing up in the city and knowledge from his family and friends. He also learned more through research.

Wilson went to Murrah High School and Bailey Magnet High School, now Bailey APAC Middle School. During his schooling, Wilson was exposed to the arts and STEM, which he said were foundational to his interests and what he does now.

Wilson became interested in math and science through video games and electronics. His mother said engineering would be a good career path that would encourage his curiosity, he said.

“Both of them require creative and an open mind,” he said.

In Memphis, Wilson is an engineer for a medical device company and works on his own creative and entrepreneurial projects.

He is a painter whose work is on display in Memphis, and he created his first mural last year.

Wilson wrote a book called “Brown Money” that introduces children to financial literacy, and he is working on an accompanying app for it.

He also speaks at schools and nonprofits about STEM and financial literacy, which he says are helpful topics for children to learn about early.

The Na Bruh app is available for download and purchase for $2.99 through Apple’s App Store and Google Play. Find more information about Warn Wilson at warnwilson.com.