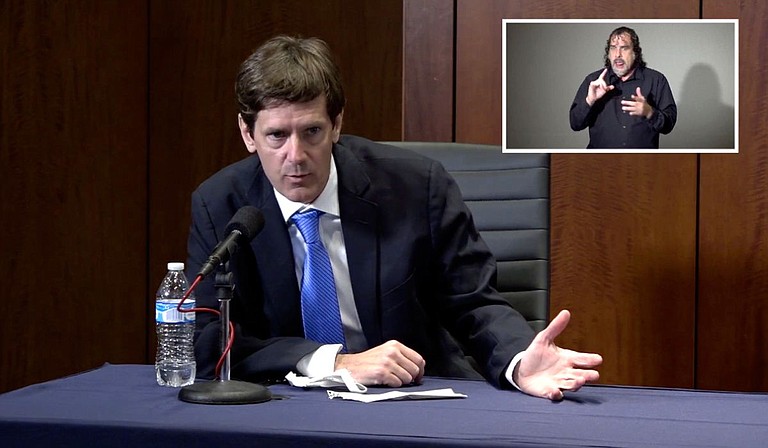 Mississippi healthcare infrastructure continues to be under severe strain from COVID-19 hospitalizations, while leadership from the Mississippi State Department of Health suggest that the current wave of omicron cases may finally be plateauing. Photo courtesy State of Mississippi

Mississippi’s healthcare infrastructure may take years to recover from the continuing strain of COVID-19 cases and hospitalizations, leadership from the Mississippi State Department of Health said in a press briefing last Friday.

“The hospitals are absolutely overwhelmed,” State Health Officer Dr. Thomas Dobbs said. “If you've been in an emergency room in the past couple of weeks, you would really know what we're talking about. We have essentially broken the healthcare system for a whole bunch of reasons, and these are going to be challenges that are going to take not just weeks and months, but probably years to correct.”

“It's been pretty staggering when you think about the number of cases that we had in January alone, it has far outpaced any other previous month,” State Epidemiologist Dr. Paul Byers said.

MSDH has reported more than 225,000 new infections since the start of the new year, with over 170,000 of those occurring in January. Byers says even that staggering amount misses some additional cases, however.

“If you think about that, that's not going to be a complete view of the total amount of COVID that has occurred in Mississippi in a month, that's the individuals who either got tested or were ill enough to go to the doctor, but that doesn't account for people who never got tested, who were asymptomatic or who may never have gotten reported,” Byers said.

‘Light At The End Of The Tunnel’

MSDH reported over 43,000 cases in the last seven days alone, but data suggests the current wave may be peaking and heading toward a decline.

“We do have some ‘light at the end of the tunnel’ sort of data coming through,” Dobbs noted. “We're seeing a drop in daily cases and new hospitalizations, but we still have a lot of folks in the hospital.”

MSDH data shows 1,088 hospitalizations and 259 intensive-care patients as of Feb. 6, a drop from January’s peak of 1708 and 328 patients respectively.

“When you look at the number of deaths that we've had, tragically it's been about 500 deaths in January, but that does not approach the number of deaths that we saw during delta, or during even some of the previous waves before we had vaccines,” Byers said. “I think we've still got a long way to go with omicron but we are starting to see it loosen up and I think we're looking at some downward trends, I anticipate those to continue as we move forward.”