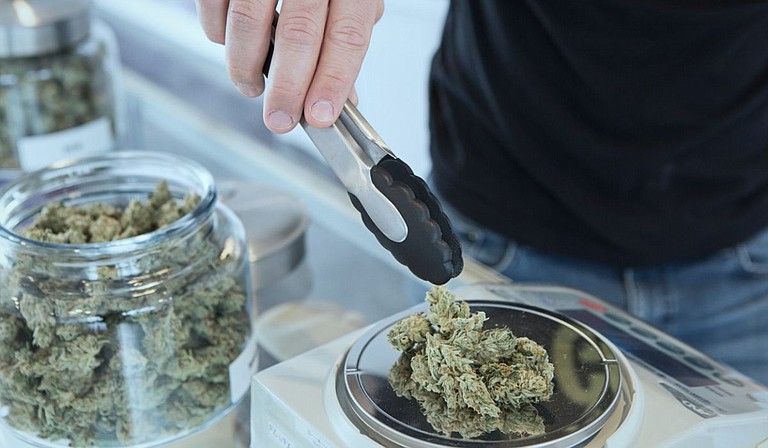 Days after Mississippi became the 37th state to legalize medical marijuana, the state Health Department said Friday it is working to develop its part of the program. Photo courtesy Add Weed on Unsplash

JACKSON, Miss. (AP) — Days after Mississippi became the 37th state to legalize medical marijuana, the state Health Department said Friday it is working to develop its part of the program.

The department said in a news release that by June, it plans to start accepting applications online for licenses for patients, medical practitioners, cannabis cultivation facilities and others. Because of the time needed to establish the licensing system, the first dispensaries are months from being open.

“The goal is to provide a safe and accessible program that meets the needs of patients and the public health and safety of all Mississippi residents,” the release said.

Republican Gov. Tate Reeves on Wednesday signed a new law to allow the medical use of marijuana for people with debilitating conditions such as cancer, AIDS and sickle cell disease.

The new law will allow patients to buy up to to 3.5 grams of cannabis per day, up to six days a week. That is about 3 ounces per month. It sets taxes on production and sale of cannabis, and it specifies that plants must be grown indoors under controlled conditions.

The law gives cities and counties 90 days to opt out of allowing medical marijuana facilities, for growing or selling. But people in those communities could petition for an election to overrule local officials’ decisions and allow them.

A majority of Mississippi voters approved a medical marijuana initiative in November 2020, and it would have allowed people to buy up to 5 ounces a month. The state Supreme Court invalidated it six months later by ruling that the state’s initiative process was outdated and the measure was not put properly on the ballot. The Mississippi Legislature spent months negotiating the bill that the governor signed.

Reeves pushed legislators to reduce the amount of cannabis people could obtain each month, saying he did not want a medical program leading to widespread recreational use of the drug.